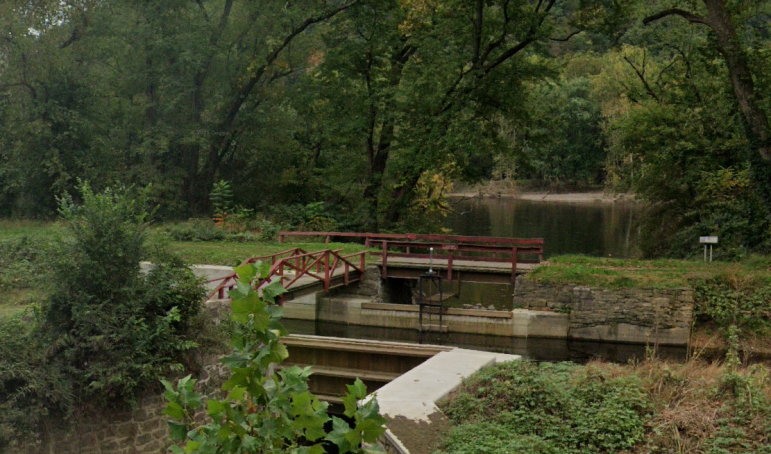 Fry’s Run empties into the Delaware River near Rt. 611 and Royal Manor Road in Williams Township, Northampton County. Wildlands Conservancy was recently awarded $120,000 to help restore a 900-foot section of the stream.

A local stream will receive some TLC thanks to a Wildlands Conservancy grant for $120,000 awarded by the state’s Department of Conservation and Natural Resources (DCNR), state Sen. Lisa Boscola (D-18) announced earlier this month.

According to a Sept. 6 news release from Boscola’s office, the 900-foot section of Fry’s Run that will be restored in Williams Township, Northampton County, will benefit from “streambank stabilization; installation of in-stream habitat structures, riparian forest buffer; landscaping, project sign and other related site improvements.”

Fry’s Run flows east through the township from the area of Steely Hill and Raubsville roads to where it empties into the Delaware River, just south of Royal Manor Road and Rt. 611.

A county-owned park in the area of the confluence provides access to the D&L Trail and Delaware Canal State Park.

According to Boscola’s news release, Wildlands Conservancy was also awarded a $140,000 grant for the restoration of two miles of Bushkill Creek in the city of Easton.

That work is expected to include dam removal, streambank stabilization, installation of in-stream habitat structures and a riparian forest buffer, landscaping, project signage and other related site improvements.

“The Lehigh Valley’s quality of life is made better through investments in our parks and the preservation of open space,” Boscola said in a statement about the grants. “Through the Community Conservation Partnerships Program, the Commonwealth partners with local governments and non-profits to improve parks and preserve open space that benefits our residents and visitors to the Lehigh Valley.”

“The Lehigh Valley is blessed with wonderful community parks and natural spaces,” she added. “This state investment will assist in the further development of our local parks and preservation of natural spaces.”