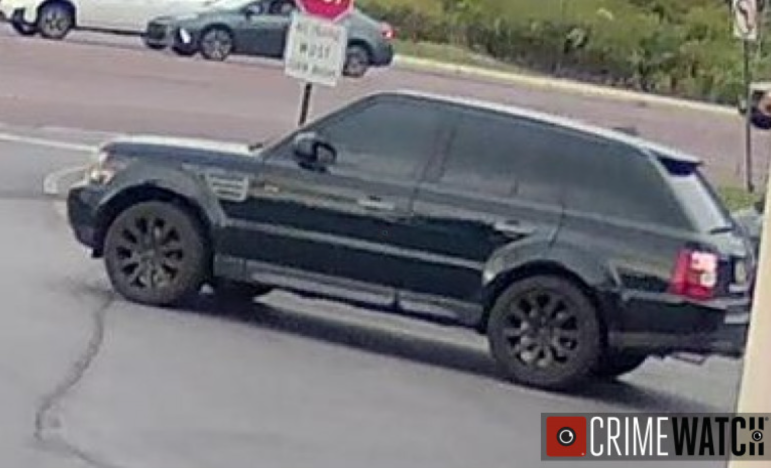 A luxury SUV is being sought by law enforcement officials in connection with the recent theft of a catalytic converter in upper Bucks County.

On Monday, Pennsylvania Crime Stoppers shared information about the vehicle and the case on behalf of state police from the Dublin barracks who are investgiating the case.

According to Crime Stoppers, the catalytic converter was stolen off a vehicle that was parked at Faraco’s Pizzeria in the 1800 block of Rt. 663 in Milford Township. The restaurant is located near the Quakertown interchange on the Pennsylvania Turnpike’s Northeast Extension.

At approximately 6:30 p.m. on Saturday, Sept. 10, authorities said the driver of the Range Rover entered the lot and parked next to the vehicle that was targeted.

The black Range Rover may be a 2008 model, police said. Several photos of it were shared in the Crime Stoppers post about the case.

Anyone with information is asked to please contact Trooper Ludwig Ogando at the Dublin station at 215-249-9191 or to contact the Pennsylvania Crime Stoppers at 1-800-4PA-TIPS or online. All callers to Pennsylvania Crime Stoppers remain anonymous and could be eligible for a cash reward for information that leads to an arrest, the solving of a crime/cold case or the location of a wanted person/fugitive or missing person.

Catalytic converters are frequently stolen for the precious metals they contain, which include platinum and rhodium, and because in many older model vehicles they are relatively easy to remove. A skilled thief can typically remove one from underneath a vehicle in 5 to 10 minutes, according to law enforcement agency experts.

There has been a nationwide spike in catalytic converter thefts since last year, and in Milford Township there have been other similar thefts investigated by state police.