A 35-year-old Freemansburg man has been charged with killing a man in Allentown last year, the Lehigh County District Attorney’s office announced Thursday.

According to a news release and court records, Raymond Bryan Gourgue has been charged with criminal homicide and first-degree felony Prohibited Possession of a Firearm. 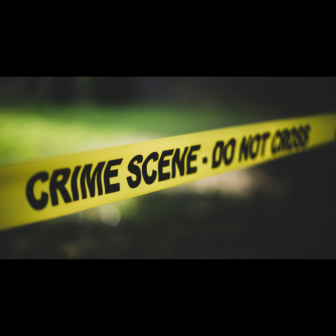 “Gourgue was taken into custody Thursday morning,” the release said.

The district attorney’s office said Gourgue is charged with killing 43-year-old Allentown resident Jose Bermudez, who was found shot multiple times in the 100 block of N. Hall Street on the evening of May 14, 2021.

At the time, Channel 69 News reported that Bermudez’s death was the fourth shooting overall and the second fatal shooting in Allentown within a week.

The office said Bermudez’s cause of death was gunshot wounds and that his death was ruled a homicide by the Lehigh County Coroner.

“Thus, no further facts will or can be released,” it said.

According to the criminal court docket filed in the case, Gourgue is being held in the Lehigh County Jail without bail.

A preliminary hearing in the case is scheduled to be held Friday, Oct. 21 at 1:30 p.m. before District Judge Rashid Santiago.

The docket stated that Gourgue is being represented by the Lehigh County Public Defender’s office.

Note: All individuals are presumed innocent until proven guilty in a court of law. This story was compiled using information provided by the Lehigh County District Attorney’s office and from Lehigh County court records.