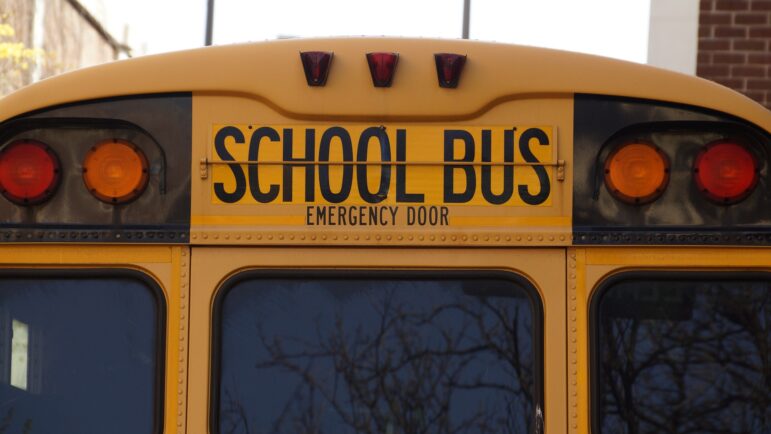 Above, a file photo of the back of a school bus. An Easton man has been charged with child endangerment and other charges after police say it was determined that he was using a handheld cellular device while operating a school bus that crashed.

A 46-year-old man from Easton is facing child endangerment charges after police say it was determined that he was “using a handheld cellular device” while operating a Colonial Intermediate Unit bus which struck a telephone pole in Lower Saucon Township on Aug. 29, which was the first day of school in Saucon Valley and most other area districts.

According to a post published on the Lower Saucon Township Police Department’s Crimewatch site Thursday, Steven M. Rivera was behind the wheel of the bus when the accident occurred at approximately 3:31 p.m. at the intersection of Lower Saucon and Easton roads.

Neither Rivera nor two students who were passengers on the bus at the time of the crash were injured, however the bus had to be towed from the scene, police said.

Police said they reviewed school-provided video surveillance as part of their investigation into the crash.

A preliminary hearing for Rivera is scheduled to be held before Judge Alan Mege in Northampton County District Court 03-2-04 in Lower Saucon Township on Monday, Nov. 21 at 10:45 a.m., according to the docket filed in the case.

The docket did not list an attorney for Rivera.

Note: All individuals are presumed innocent until proven guilty in a court of law. This story was compiled using information provided by the Lower Saucon Township Police Department and from Northampton County court records.