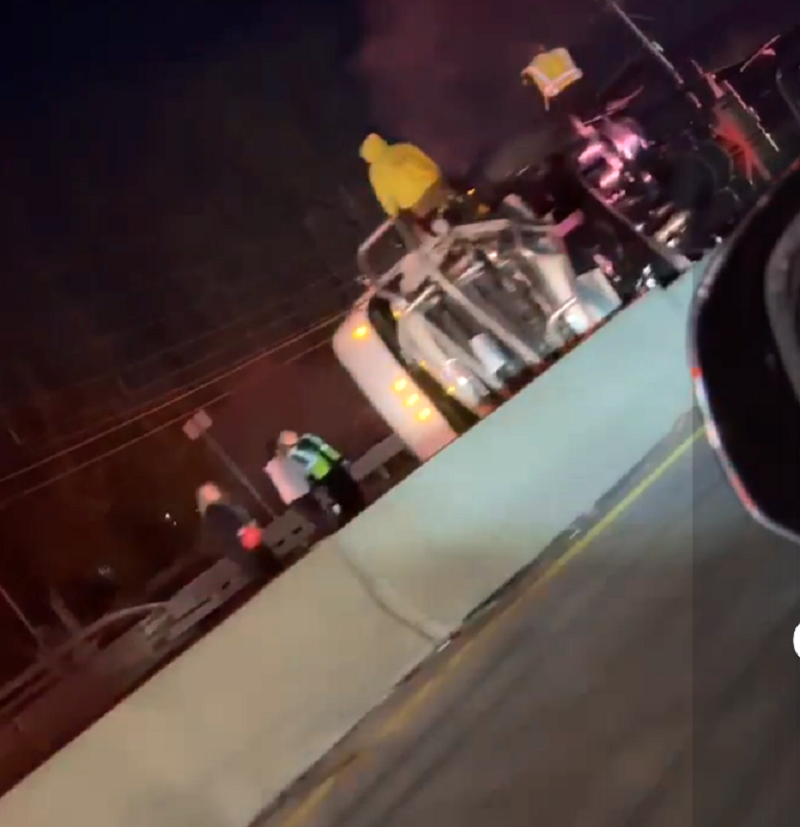 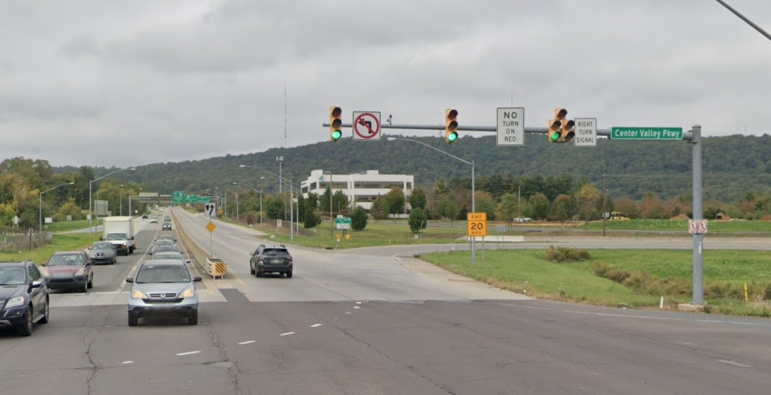 Above, a view of the intersection of Rt. 309 and Center Valley Parkway, looking north on Rt. 309, in Upper Saucon Township, Lehigh County. (Credit: Google Maps/File Photo)

Drivers heading to work or on holiday shopping excursions Monday morning were being told to avoid a major intersection in Upper Saucon Township, after a crash involving a tractor-trailer took out the traffic signals there around 5:40 a.m.

The rollover crash at Rt. 309 and Center Valley Parkway closed 309 in both directions there as well as the entrance to the four-lane parkway, which leads to the Promenade Shops at Saucon Valley, Penn State Lehigh Valley and a number of large businesses.

Channel 69 News reported that some northbound traffic on Rt. 309 was nevertheless getting through the intersection because the tractor-trailer was in the southbound lanes.

The news station reported that “extended” road closures in that area are expected. 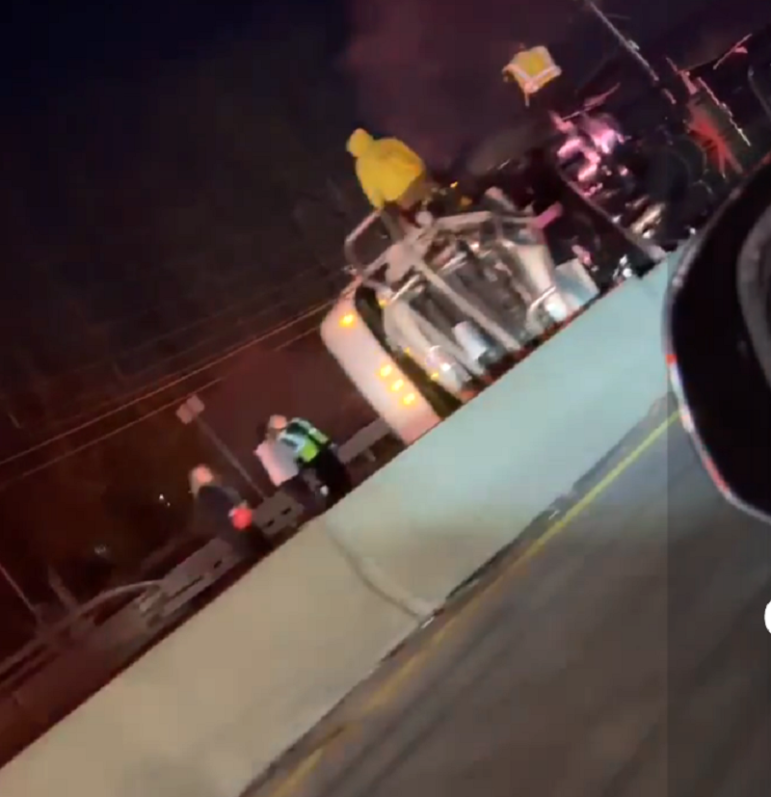 Township officials urged motorists to reconfigure their travel plans in order to avoid the area if possible, and to expect significant delays if they must travel through the area.

The intersection of Center Valley Parkway, Rt. 309 and W. Saucon Valley Road is located just south of where Rt. 309 and I-78 merge in Lehigh County. Consequently, the Rt. 309 exit was closed to I-78 eastbound traffic, which had to exit at Rt. 412 in Hellertown.

In addition to crash statistics that have given it the dubious distinction of being one of the Lehigh Valley’s most dangerous intersections, the junction is also prone to flooding.

The Morning Call reported in 2014 that improvements to it that have been approved by PennDOT at that time were at least a decade away from being completed. The proposal calls for converting the intersection into a limited-access highway interchange with on- and off-ramps that would both alleviate congestion and help improve safety in the area.