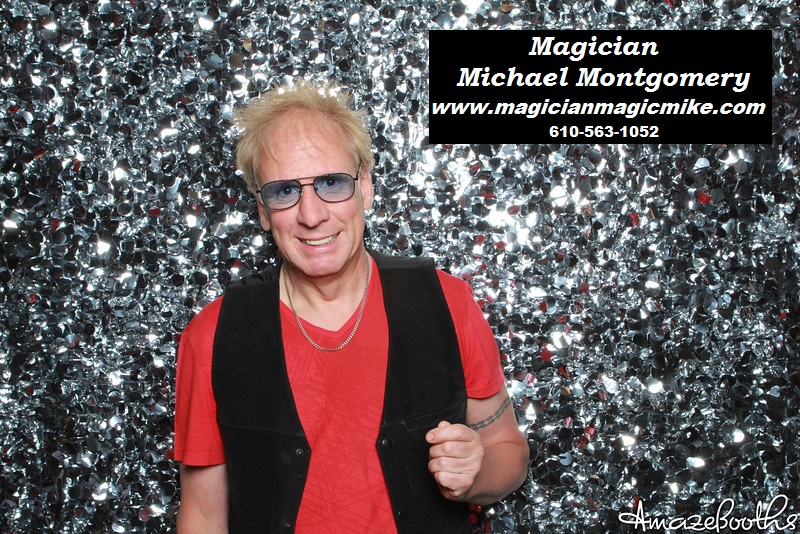 Magic Mike is a Hellertown-based magician and illusionist who performs all over the Lehigh Valley, including at private events and standing weekly engagements. 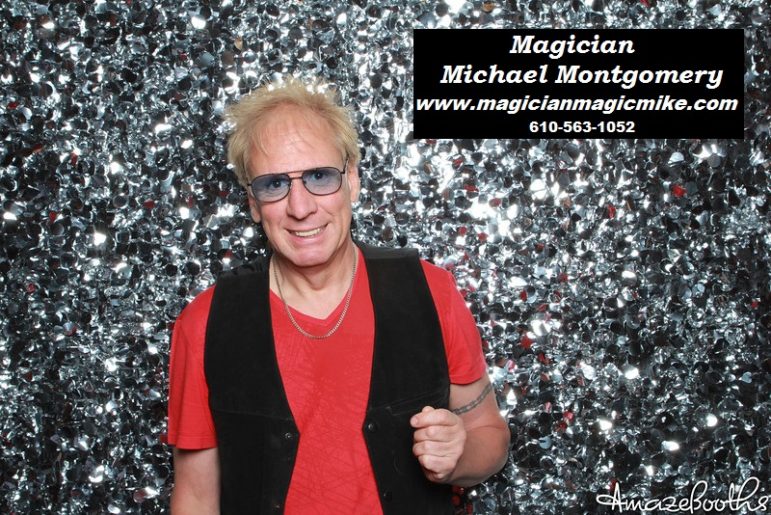 Magic Mike is a Hellertown-based magician and illusionist who performs all over the Lehigh Valley, including at private events and standing weekly engagements.

Do you ever want to feel like a kid again? If you spend a few minutes with local magician Michael “Magic Mike” Montgomery, of Hellertown, chances are you will!

That’s because his shows and standing engagements are typically intimate affairs, and his good-natured tricks are designed to bring smiles, which they always do. 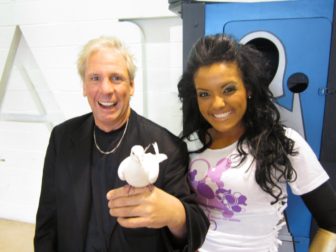 Michael “Magic Mike” Montgomery, after performing a trick with help from an assistant.

Magic Mike performs tableside at several area establishments on a regular basis, including Taps Tavern on Rt. 378 in Bethlehem (Wednesdays, 6 to 8 p.m.); Revolutions at Saucon Valley (Sundays, noon to 2 p.m.); the Bethlehem Brew Works (Thursdays, 7 to 9 p.m.); and as of Feb. 6, Mondays from 6 to 7:30 p.m. at Braveheart Highland Pub, 430 Main St., Hellertown.

The Braveheart engagement, known as “Magic Mondays,” is Mike’s newest and coincides with the restaurant’s Kids Eat Free night.

He also performs at private functions including birthday parties, cocktail parties, fundraisers, corporate events and weddings (in addition to being a magician he’s a DJ and emcee). No event is too small, he says, and he has been the master of ceremonies for hundreds of area events, both private and public.

Mike, who has lived in Hellertown for about five years, first began performing magic when he was five years old, with some encouragement from his dad.

Whenever he would master a trick his father would reward him by purchasing another one to learn.

As an adult he was “discovered,” he explained, performing magic while working as a server at Olive Garden, where his act became so popular that he eventually became a full-time magician and entertainer in the restaurant.

Mike went on to work as a professional magician in the travel industry, performing tricks miles high in the sky before the Sept. 11 attacks changed airline travel forever.

He later worked on cruise ships and at Pocono resorts, before deciding to work closer to home, settling in Bethlehem before moving to Hellertown with his wife.

“I love working in the Lehigh Valley,” he said. “There’s no place I would rather be on New Year’s Eve than my standing show at Hotel Bethlehem.”

He also works as the official magician at Blue Mountain Ski Resort near Palmerton.

When he’s not performing in local restaurants and hotels, Magic Mike helps to make children’s lives brighter by working with the Star of Bethlehem children’s charity, the Bethlehem Area School District (Arts Day) and the Lehigh Valley Zoo.

He also offers shows for adults that feature mentalism, illusion, ESP and predictions.

One of his custom magic packages features something for everyone, including both magic for kids and illusion for adults.

Does your son or daughter want to learn magic? Mike is also a teacher of the ancient craft–online or in person–and with so much experience under his hat it won’t be long before they’re amazing you with the skills of a true magician.

For more information about Magic Mike and his mind-blowing services, please visit and contact him via his website and his Facebook page, or catch him performing at one of his regular gigs in the Saucon Valley area. You’re sure to be amazed!