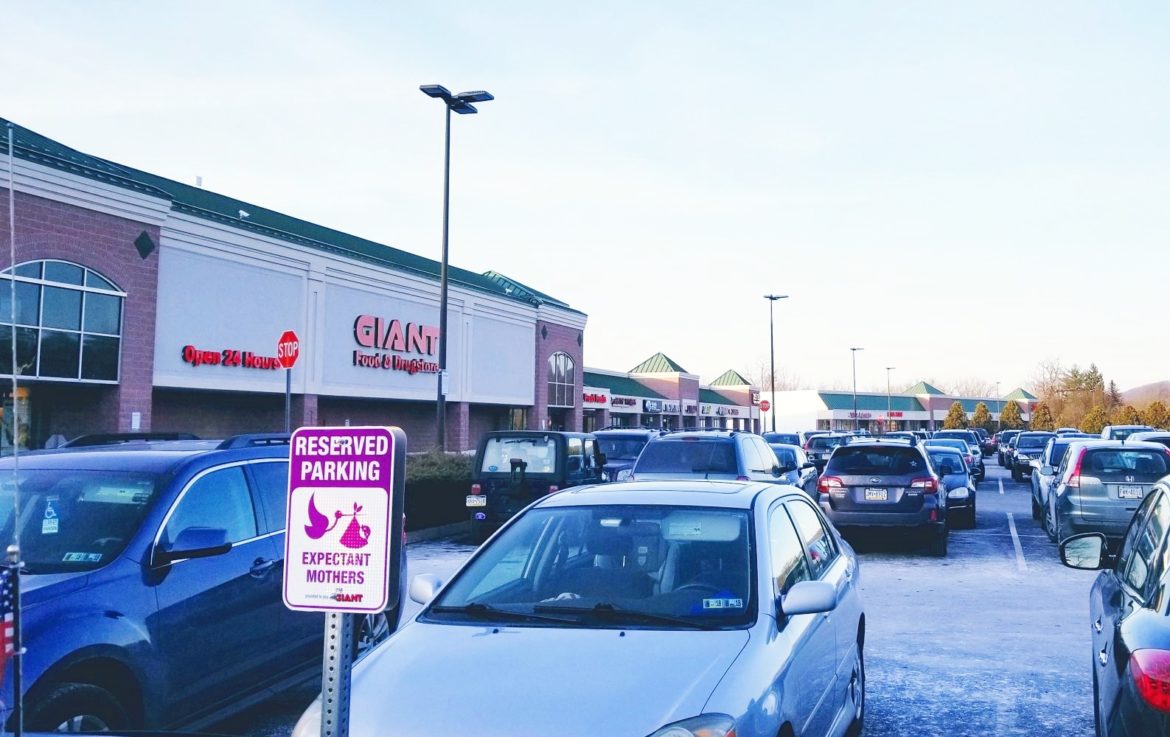 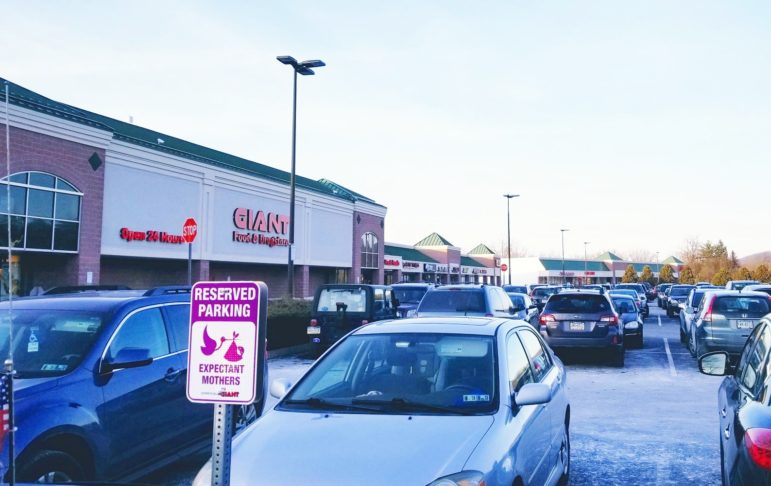 Business was already brisk at the Lower Saucon Township Giant–a perennially popular destination for many local winter storm preppers–even before the National Weather Service issued a winter weather advisory for the Lehigh Valley Wednesday for 2 to 4 inches of snow followed by freezing rain, sleet and possibly rain.

“Precipitation is expected to begin as snow late tonight and may become heavy at times during the morning commute on Wednesday,” the NWS said. “Snow will change to a wintry mix of sleet and freezing rain late in the morning and continue through the afternoon hours. Precipitation may transition to rain late in the afternoon and early evening, especially in the warmer valleys.”

Motorists should expect to encounter slippery roads and allow for extra time during their morning commute.

Some area municipalities such as the borough of Fountain Hill began to prepare for the approaching winter storm by pre-emptively issuing snow emergencies Tuesday afternoon, to take effect early Wednesday.

Further north in the Poconos and across northern Pennsylvania and New Jersey there is the possibility for heavier amounts of snow to accumulate.

PA Weather Action has forecast a similar scenario to the National Weather Service, with 2 to 4 inches of snow followed by a mix of wintry precipitation. As of this writing their final call forecast for the storm had not yet been published.

“We do recommend avoiding travel as much as possible Wednesday,” lead forecaster Chris Corrigan said in his first call forecast Monday. “Roads will likely be worse than (during) Sunday’s (storm) with colder air in place.”

Local residents should continue to monitor weather forecasts and news outlets for the latest updates on this approaching winter storm.