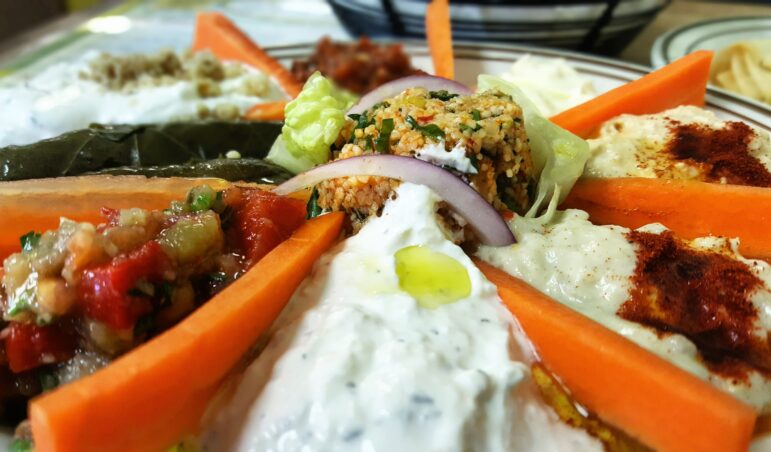 An appetizer plate at Limon features traditional Turkish and Middle Eastern dips such as hummus and baba ghanoush, as well as tabbouleh, stuffed grape leaves and tzatziki sauce, all drizzled with a touch of lemon-infused olive oil. (FILE PHOTO)

An influential national website has shined a spotlight on a Hellertown restaurant many locals already know about and consider a hidden gem.

Family-owned Limon Authentic Turkish Kebap House, which opened at 1111 Main Street in May 2015, was named Pennsylvania’s best budget restaurant by Buzzfeed on Aug. 13 in the article, “Here’s the Best Budget Restaurant in Every State, According to Yelp.”

On its Yelp page, the modestly-sized eatery maintains a perfect five star rating, which, with 100 reviews posted, is no easy feat.

“Absolutely amazing food,” wrote Luke C. of Boston in a recent review that is typical of those posted by fans of Limon’s fresh take on Turkish cuisine.

The meatballs are moist and Limon’s pita bread is “probably one of the best…I’ve had in the U.S.,” he said, adding that it is “a hidden gem family restaurant that’s worth making a detour for.”

While not every review on Limon’s Yelp listing is five stars, it’s received just a single one-star review, one three-star review and three four-star reviews over the past four years.

Limon is co-owned by Zuhal Lambrugo, her husband Ettore and her brother, Murat Suryel.

When the restaurant first opened, she explained that she was persuaded to open her own food business by friends and neighbors who’d sampled her cooking, which includes traditional Turkish grilled meats, vegetables, salads, appetizers such as hummus, and Middle Eastern desserts such as baklava and sutlac, a Turkish type of rice pudding.

The name for the restaurant, which means “lemon,” was inspired by the use of fresh lemon juice in many of the dishes the kitchen prepares.

“I’m from the Mediterranean Sea,” Zuhal explained in 2015. “We serve lemon with everything.”

Limon is open daily from 11 a.m. to 9 p.m. except for Sundays. The restaurant is BYOB. 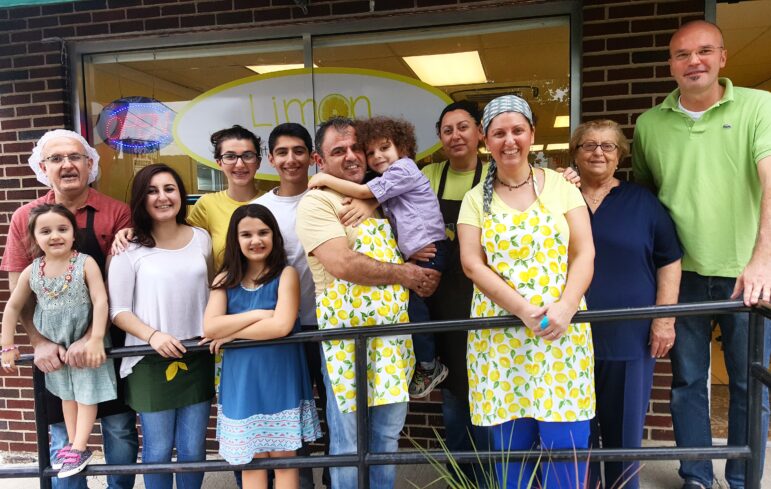