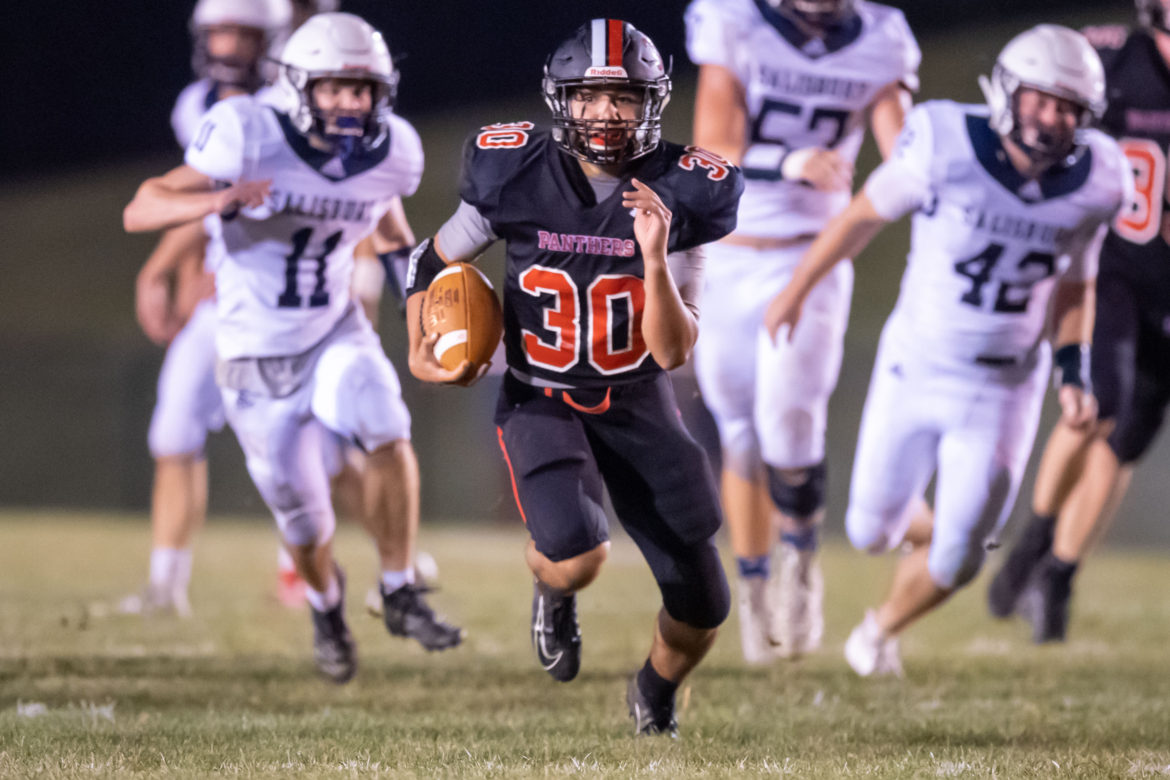 Saucon sophomore Damian Garcia (#30) put up 246 yards rushing in a winning effort against the Salisbury Falcons on Thursday night.

On a special Thursday night edition of Colonial League football, the Saucon Valley Panthers played host to the visiting Salisbury Falcons.  Both teams entered the contest with 2-1 records and both teams were looking to remain near the top of the league standings.  Only Southern Lehigh is left unbeaten in the league and surely both the Falcons and Panthers wanted to try and keep pace in the hopes that the Spartans will stumble.

After a scoreless first quarter Dante Mahaffey capped a 7-play, 93 yard drive when he kept on option to draw first blood.  Mahaffey faked to fullback, Chris Mann, and found space off the left side for a twenty yard touchdown run.  Alex Magnotta’s PAT was a success and Saucon Valley struck first to take a 7-0 lead with just over eleven minutes left to play in the second quarter. 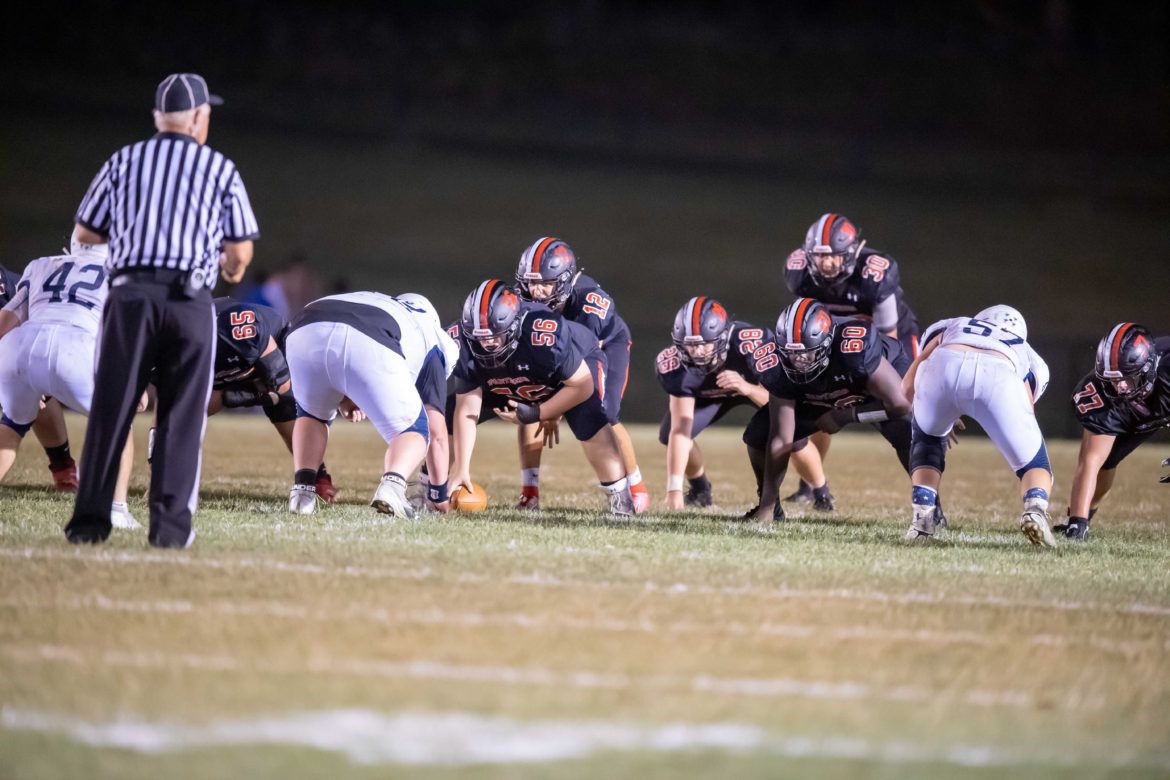 The Panther rushing offense was hitting on all cylinders against the Salisbury Falcons on Thursday night.

Salisbury came back with an eight play drive that covered 70 yards in only three minutes. The Falcons found success through the air and were able to convert a couple of long third down situations to keep their scoring drive alive.  The point-after try, however, was blocked by Braydyn Lugardo who knifed through the Falcon protection.  With just over eight minutes remaining in the first half, Saucon Valley led 7-6.

On the ensuing kickoff Saucon Valley’s Chris Orlemann returned the ball to the Panther 25-yardline.  On the very next play Damian Garcia took a handoff  to his left and then bounced outside down the Salisbury sideline.  The Falcons gave chase and were finally able to knock Garcia out of bounds at the 1-yardline.  Dante Mahaffey called his own number and took the plunge from one yard out.  Magnotta’s extra-point was good and with 7:42 left in the first half, the Panthers extended their lead to 14-6 . 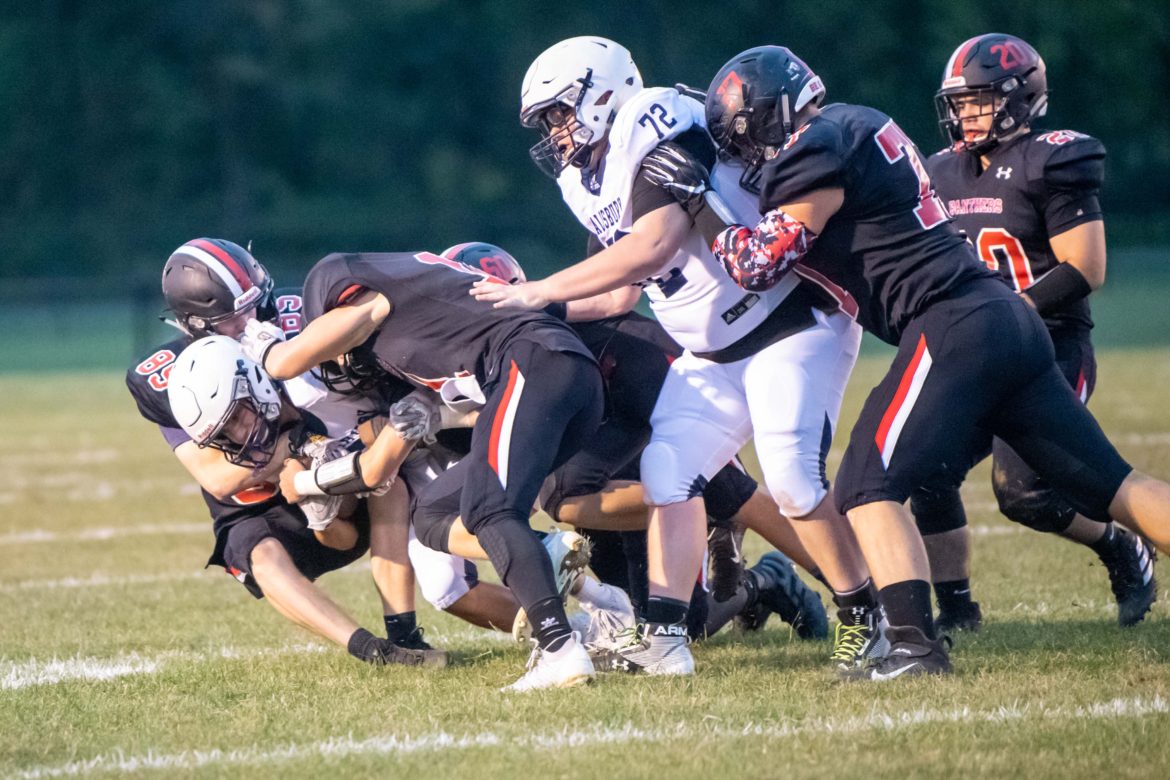 The Panther defense rallied to force a Falcon punt.

The Panther defense held and forced Salisbury to punt on their next possession.  Saucon took over at their own 41-yardline and was thirsty for points.  Four plays later, the Panthers Braydyn Lugardo powered in from five yards out.  The PAT was successful and with 4:49 until intermission Saucon Valley held a 21-6 advantage.

Salisbury did not quit.  The Falcons marched right back down the field and answered with a touchdown run by quarterback Quintin Stephens.  Stephens scrambled and raced from twelve yards out into the Panther end zone for the score.  Salisbury’s two-point try was good.  Both teams hit the locker room with the scoreboard reading 21-14 in favor of the Panthers. 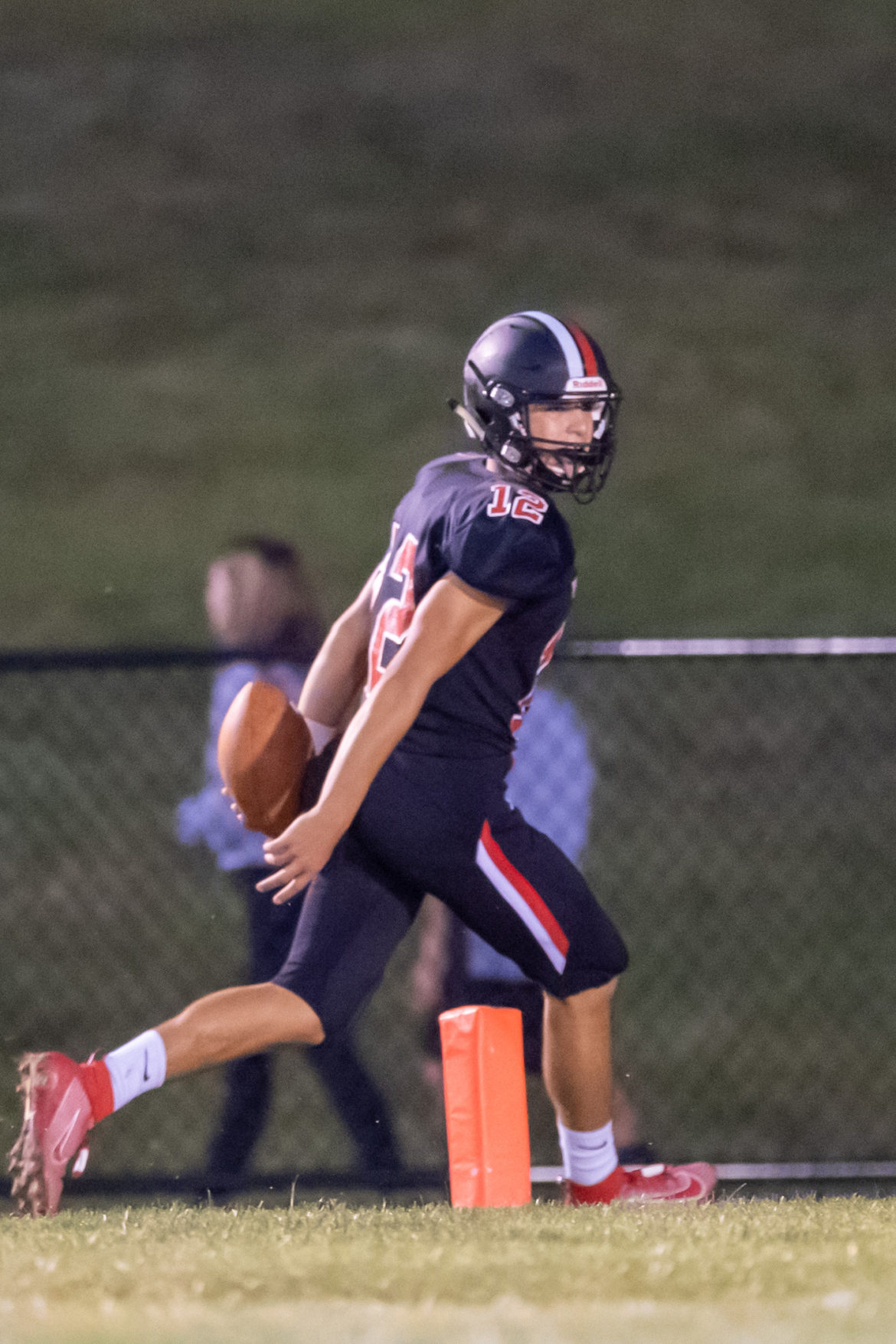 Sophomore quarterback Dante Mahaffey running for one of his four touchdowns.

The Saucon Valley offense picked up where they left off.  Starting from their own 32-yardline, the Panthers pieced together an 8-play drive that ended with another 1-yard plunge by Dante Mahaffey.  Magnotta did his thing and Saucon led 28-14 with 7:05 remaining in the third quarter.

Salisbury once again answered by going 65 yards in eight plays.  The Falcons scored on a short pass from four yards out.  Their two-point PAT was good and with 4:47 to go in the third quarter the Falcons closed the deficit to 28-20.

The Panthers roared right back with a six-play drive that covered seventy yards.  It was a little Garcia, a little Lugardo and a little Mahaffey who all pounded the ball at the Falcon defense.  But it was Braydyn Lugardo who crossed the goal line with the ball for Saucon.  Lugardo went five yards straight up the gut for a TD.  The Panthers missed their two-point try but led 34-22 at the end of the third quarter. 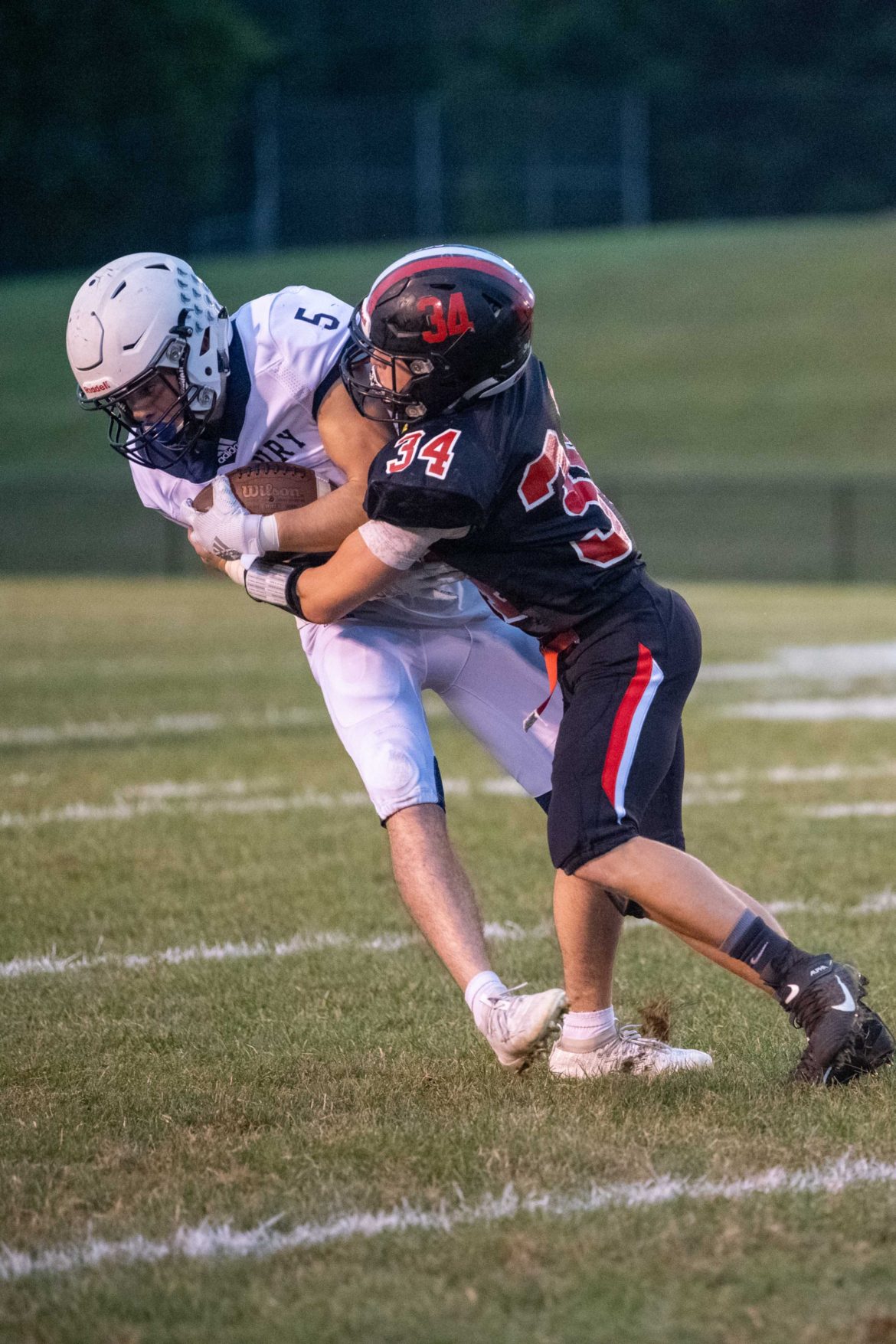 Panther freshman linebacker Ty Pfizenmayer and the Saucon defense stepped up to preserve the win.

Salisbury once again tried to answer, but the Panther defense brought the pressure.  After completing a pass on first down, the Falcon quarterback registered three incompletions and was sacked.  Saucon Valley took over and engineered a 13-play drive that ended with Dante Mahaffey’s 12-yard touchdown run.  With 2:03 left to play Alex Magnotta’s successful extra-point closed out all scoring.  Saucon Valley improved to a 3-1 record with a 41-22 win over the Salisbury Falcons. 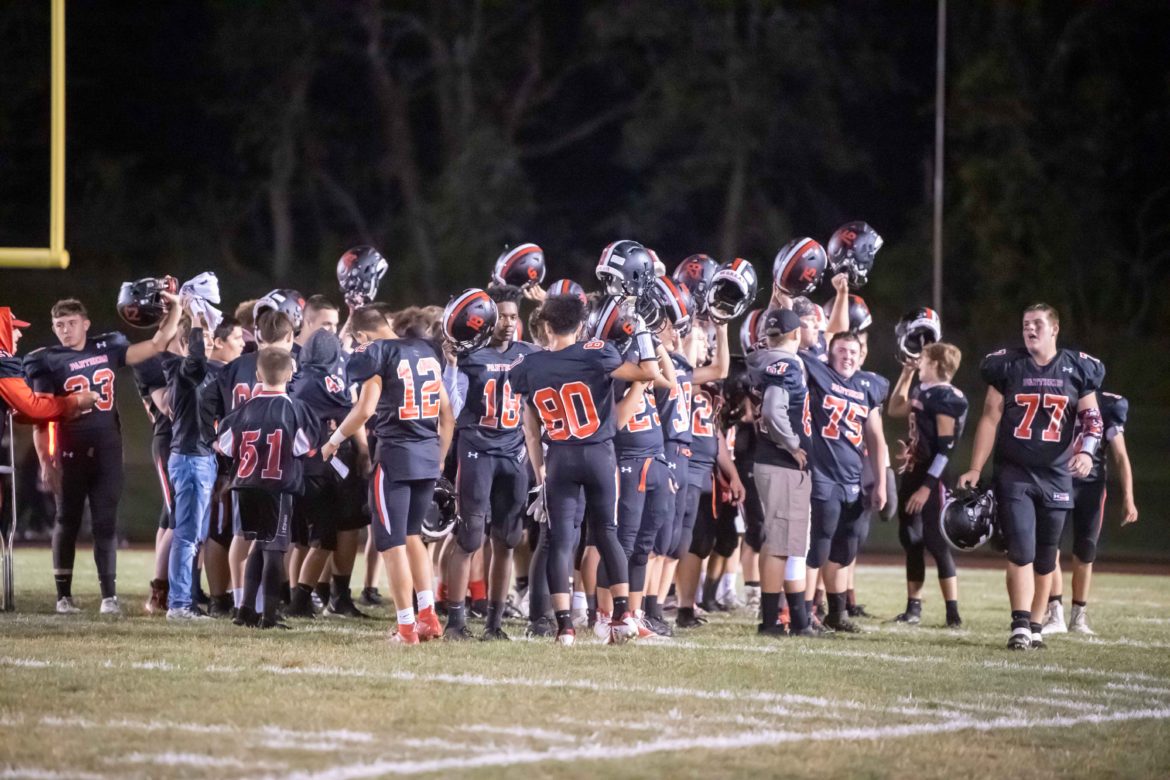 It was a festive singing of the Saucon Valley alma mater following the Thursday night clash with Salisbury.

Up Next: Saucon Valley (3-1) will travel to Northern Lehigh  (2-1) for a Friday night fight against the Bulldogs in another key Colonial League contest.  Kickoff is scheduled for 7 p.m. 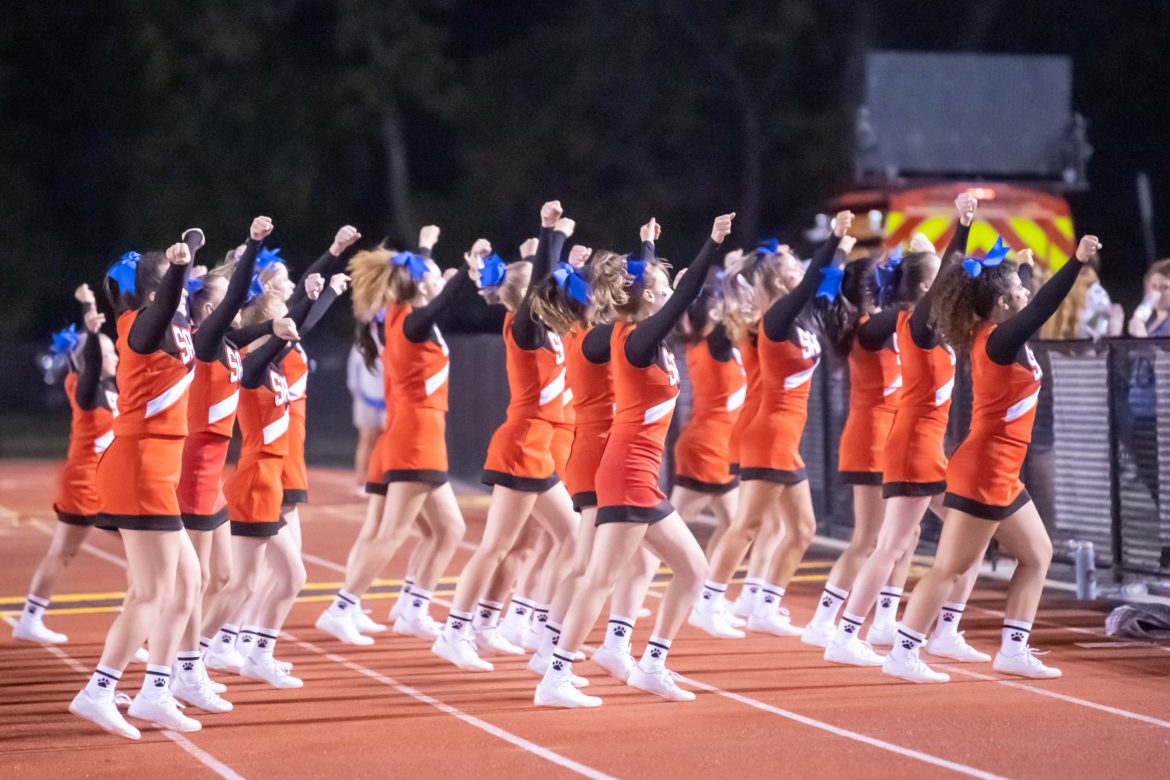 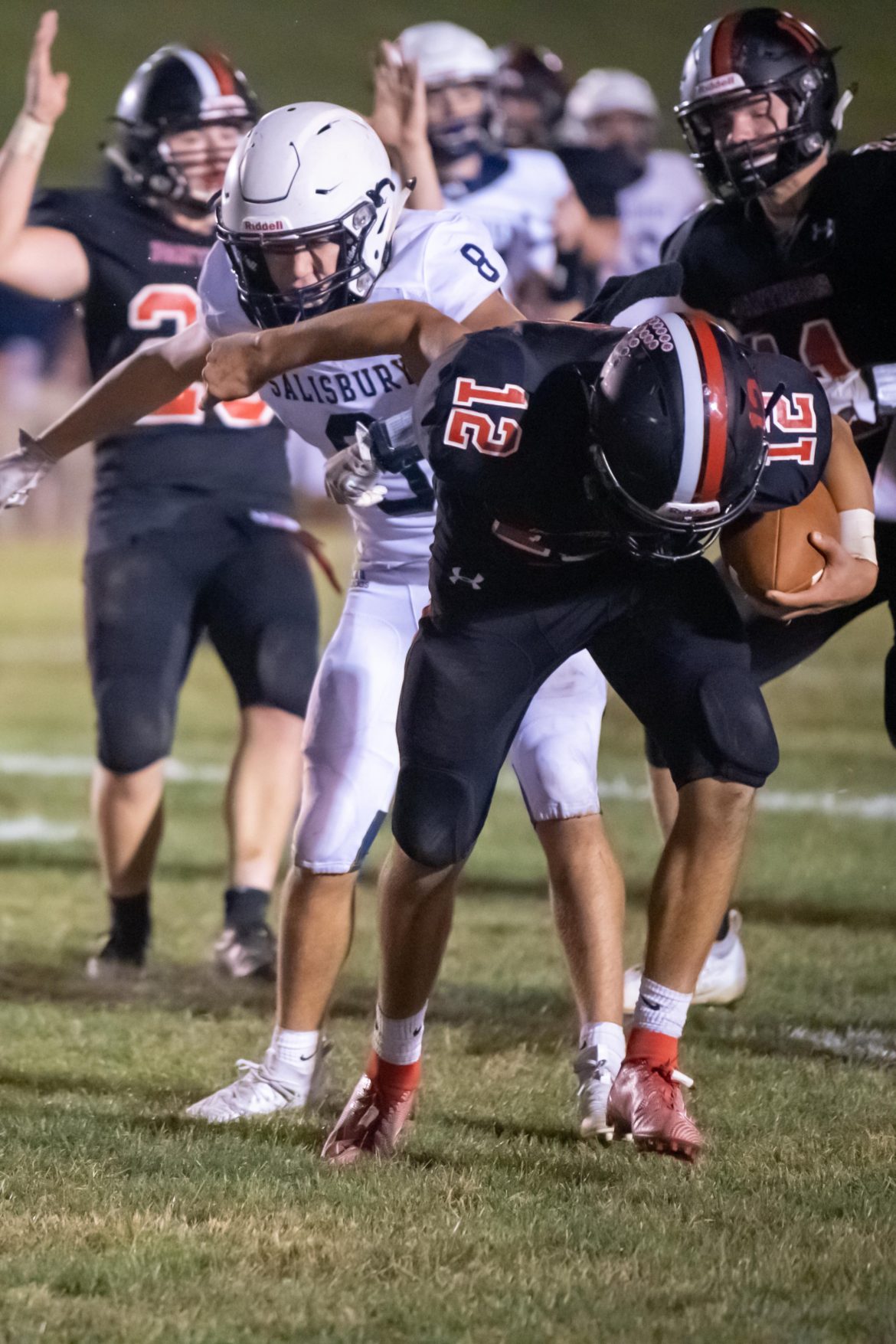 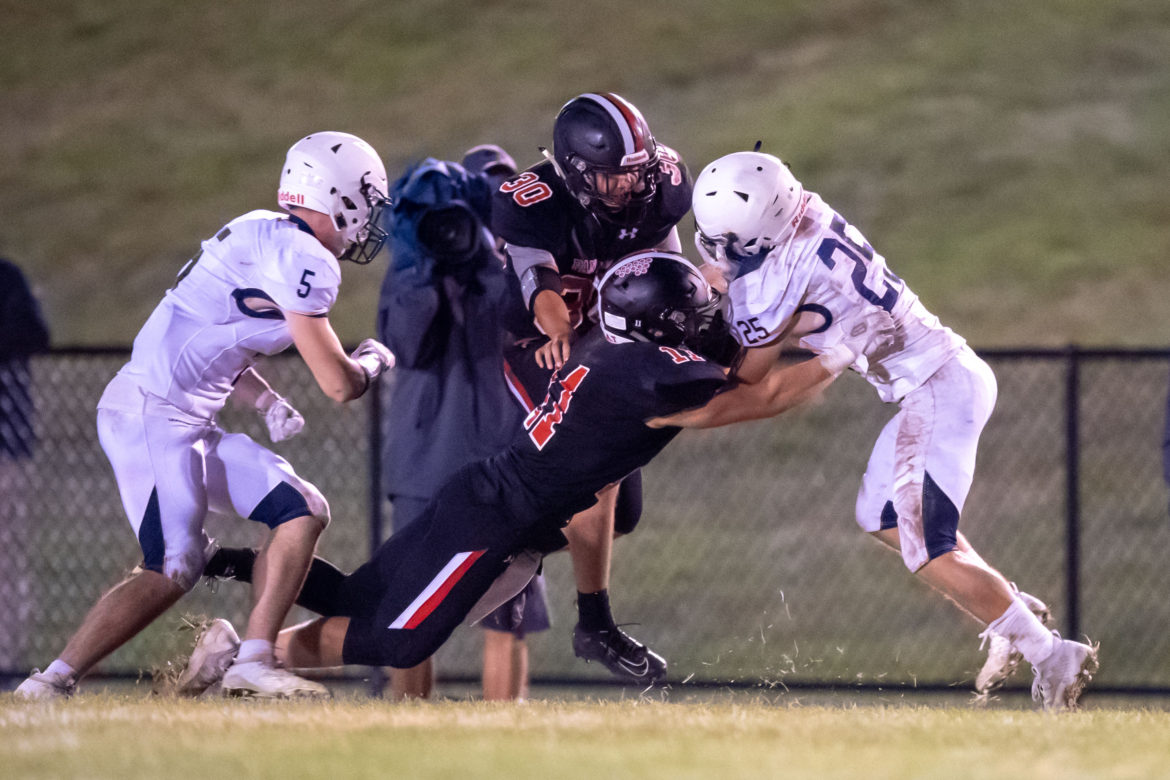 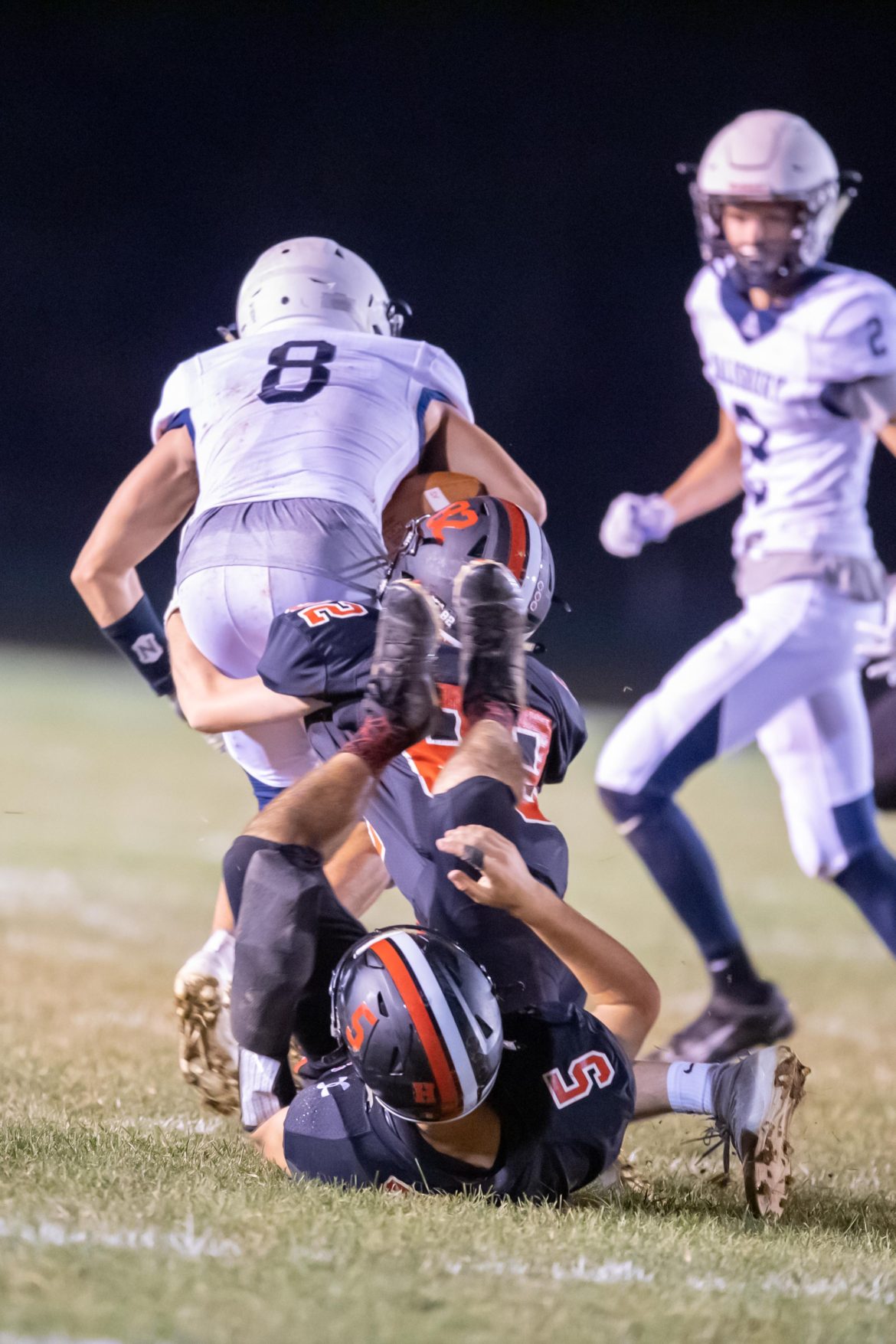 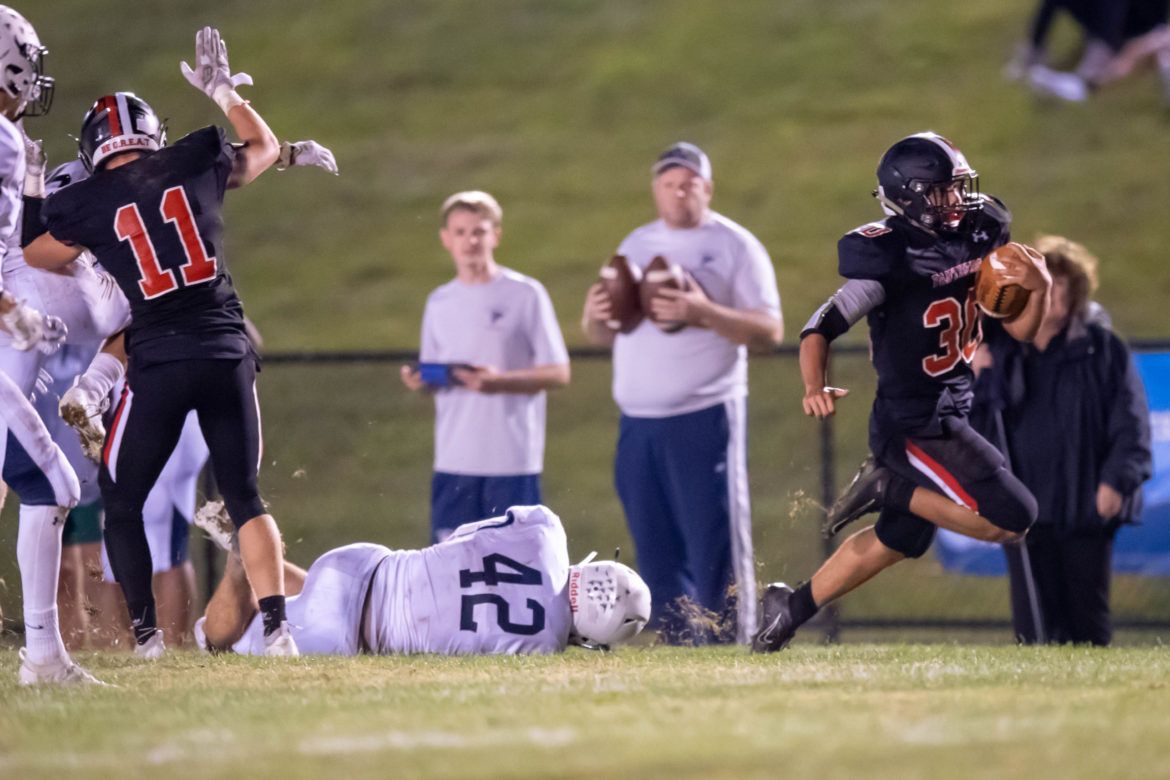 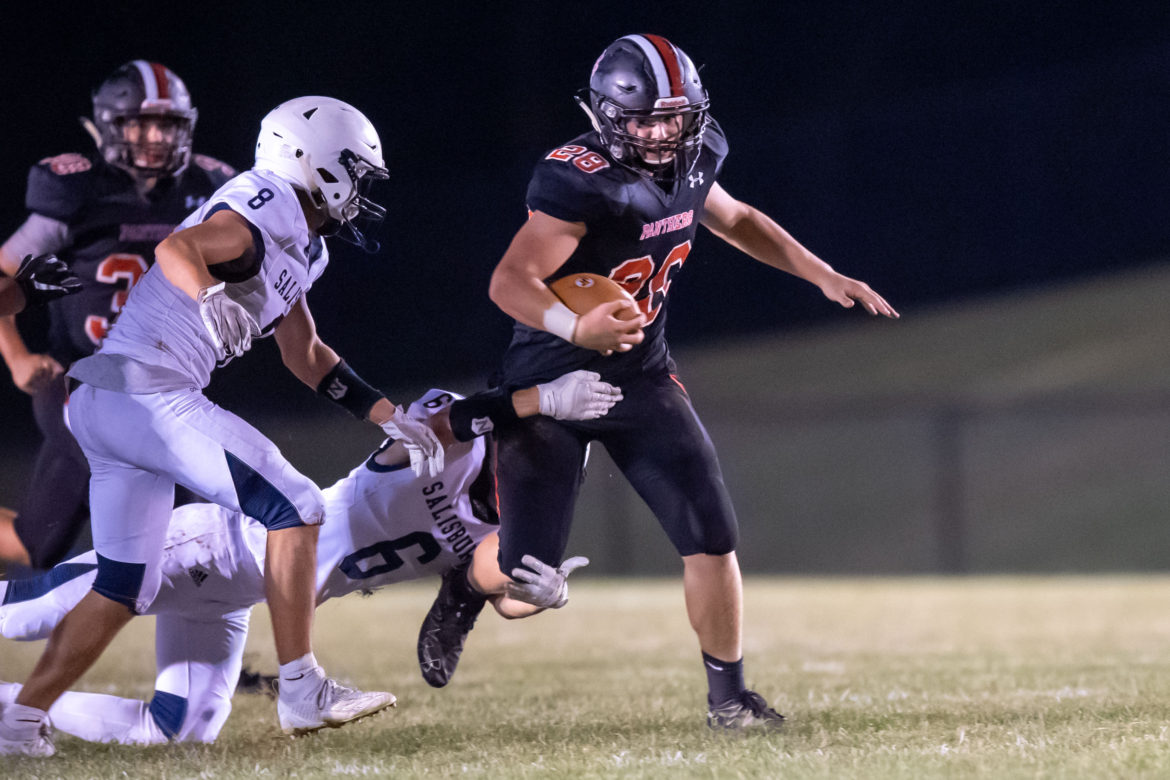 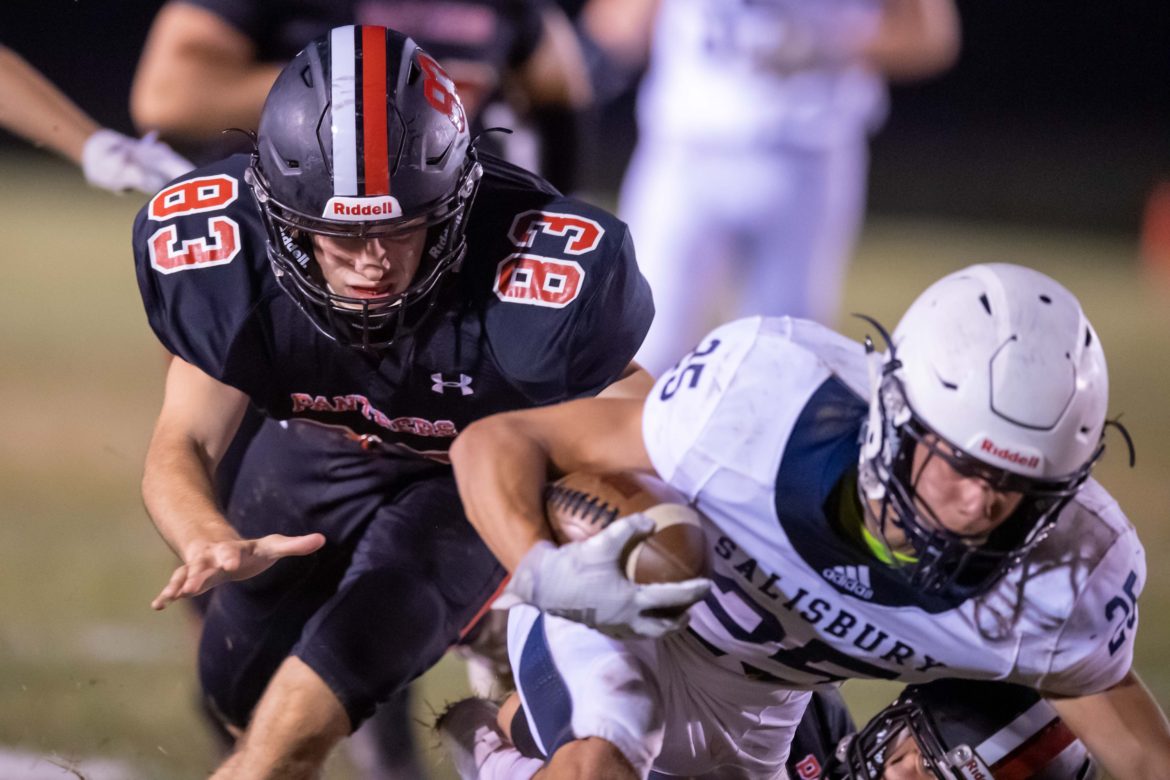 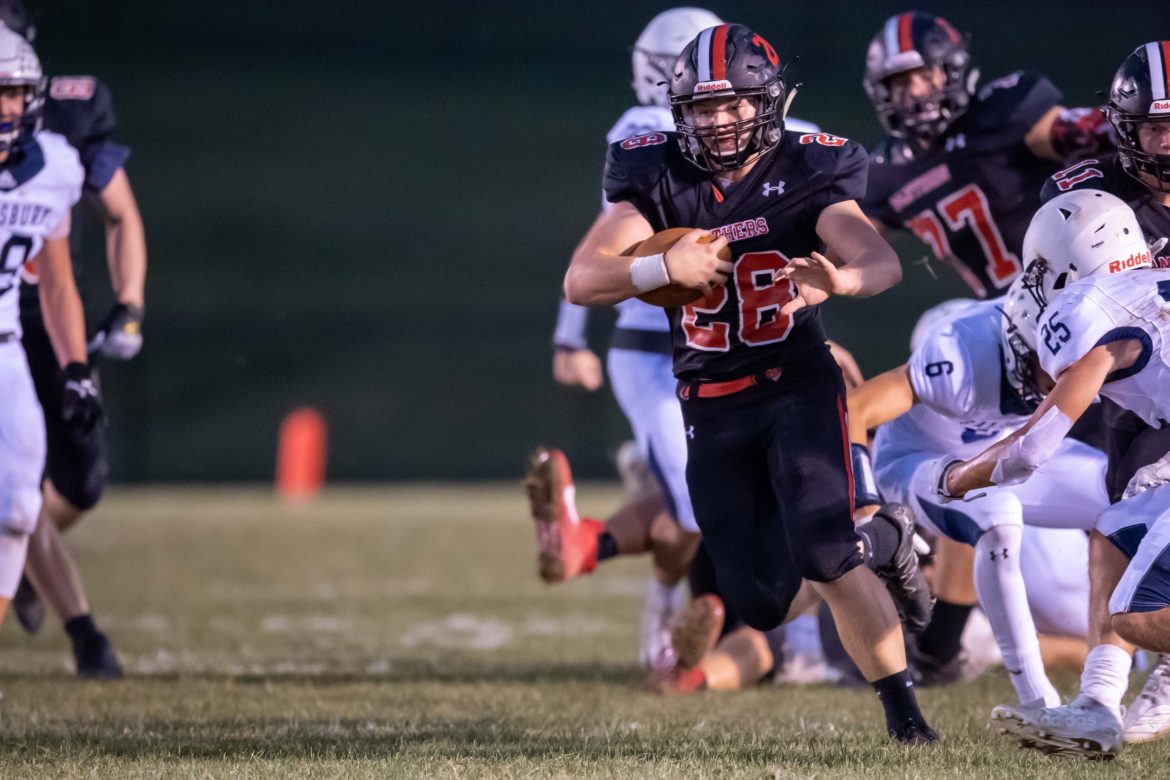 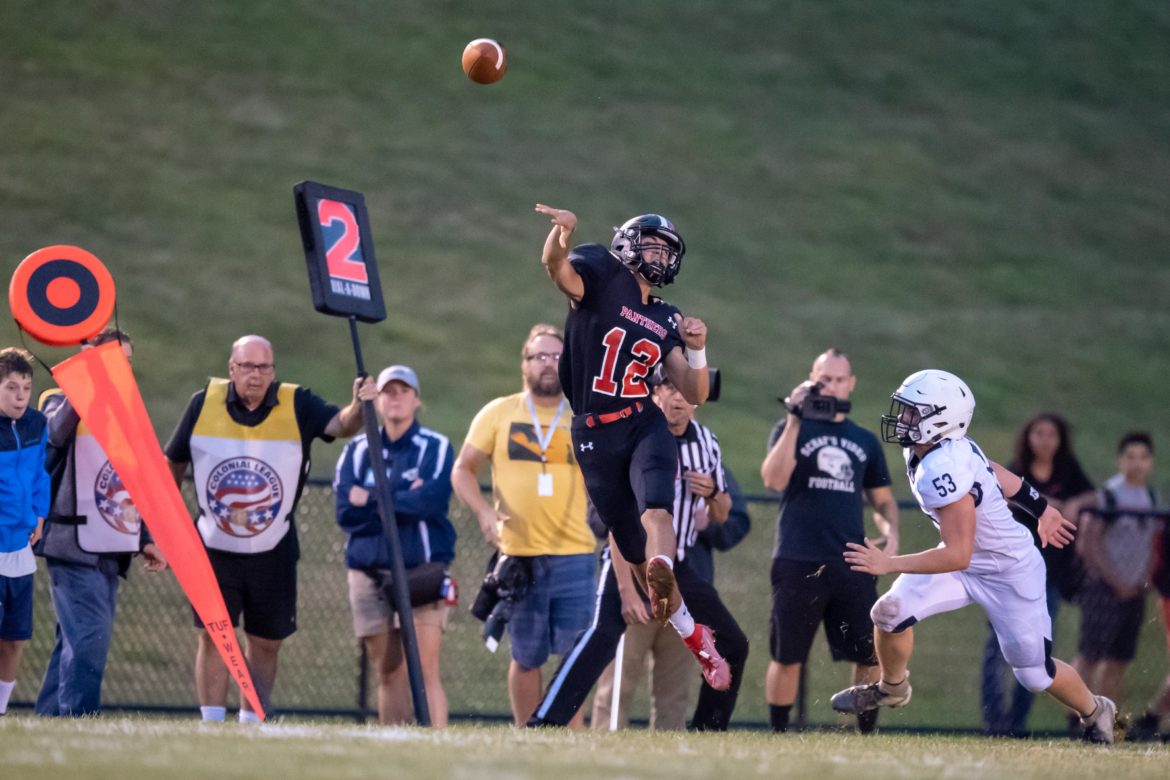 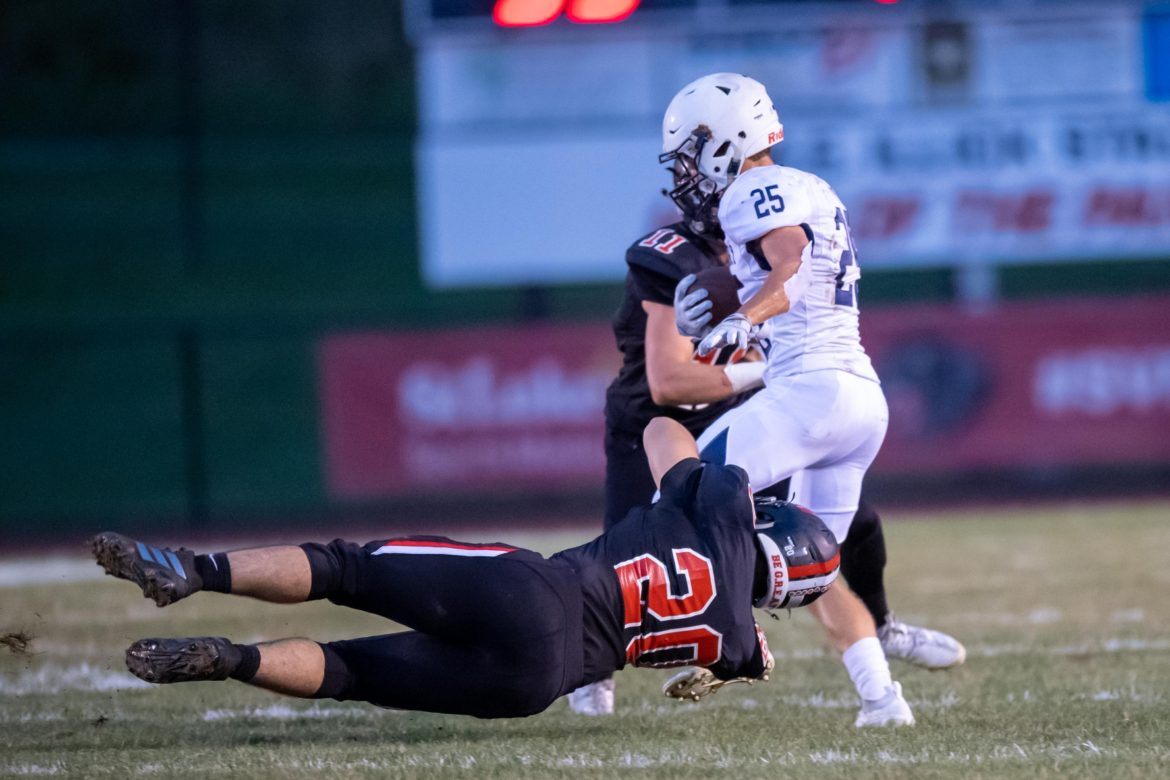 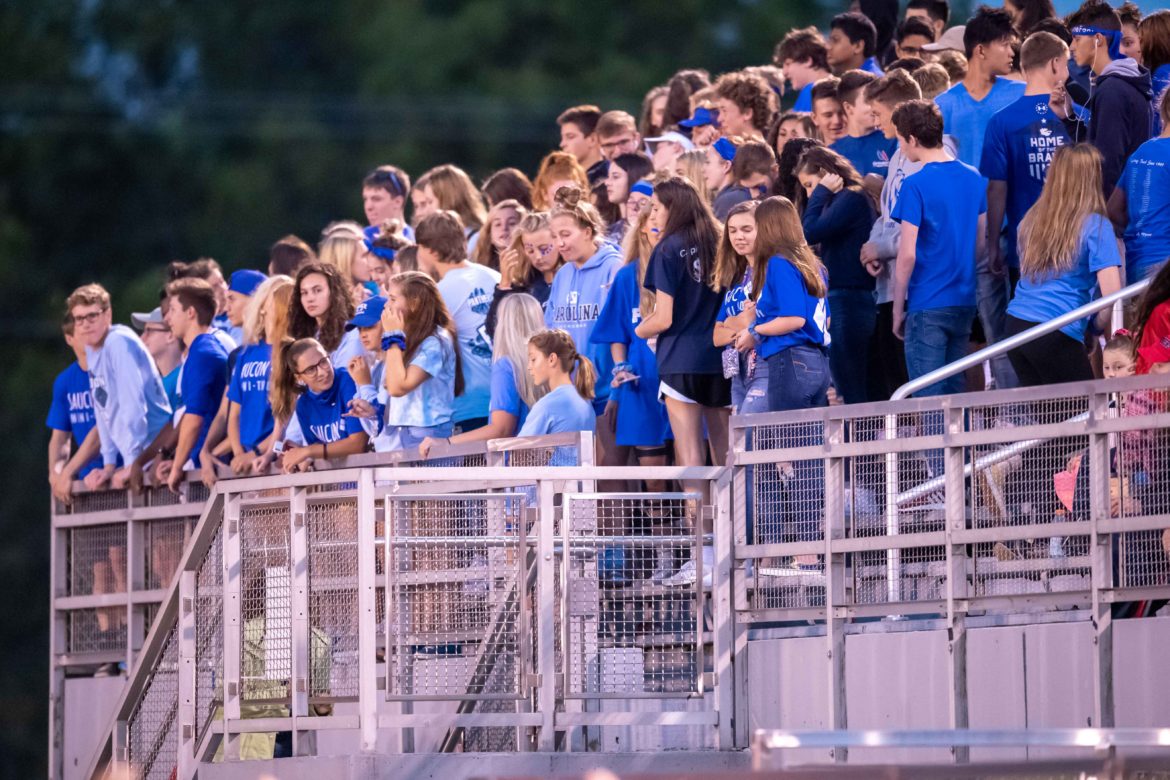 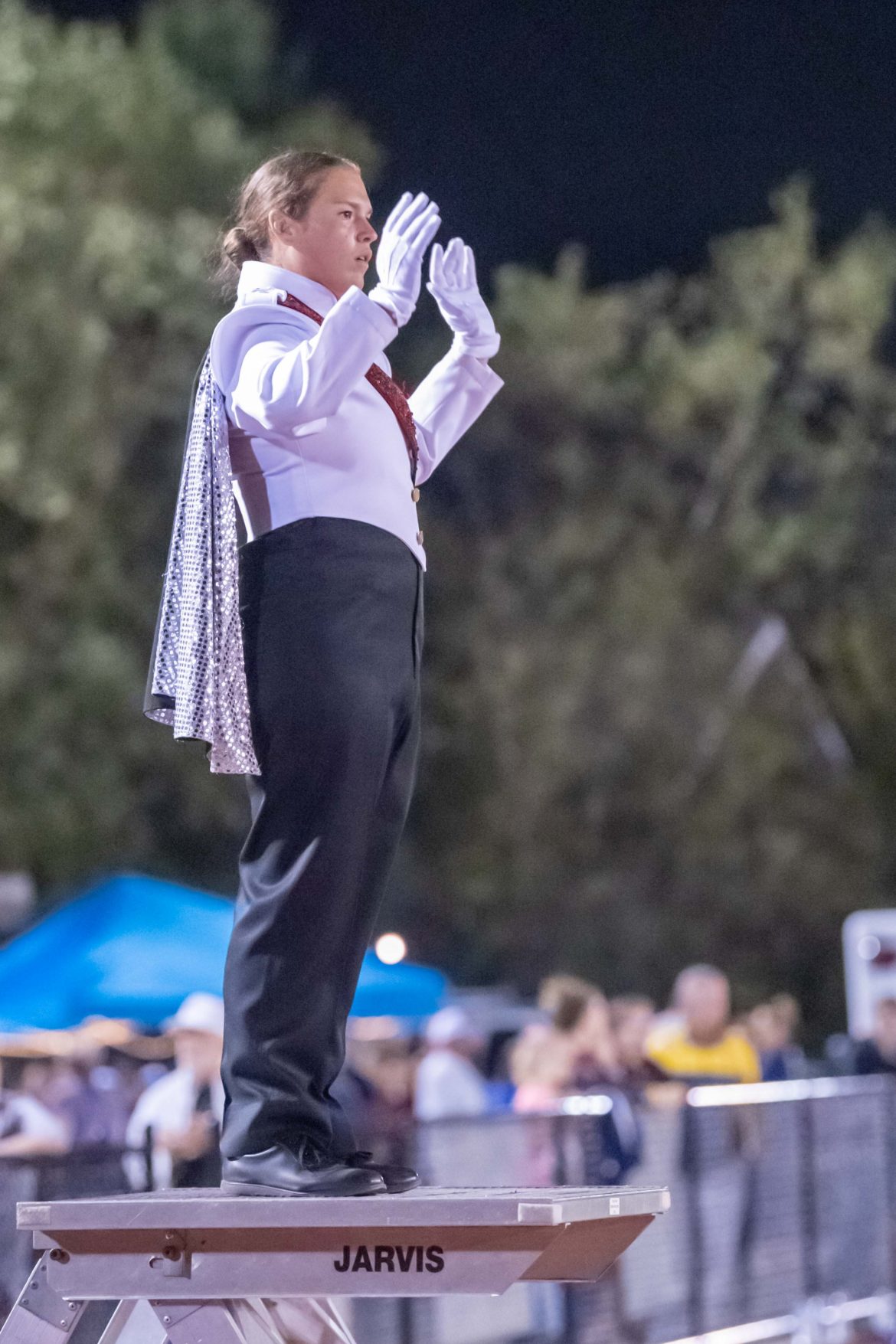