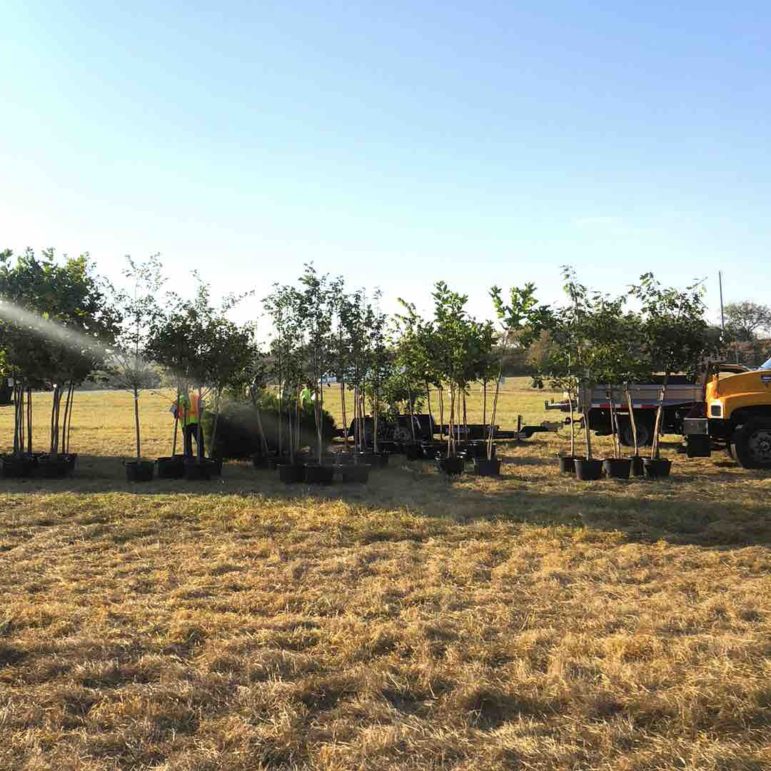 Hellertown Tree Project founder Noah Kates shared this photo of the tree planting on the GoFundMe site he established to crowdfund donations for his effort.

Borough junior councilman Noah Kates’ ambitious highway beautification effort known as the Hellertown Tree Project entered its final phase Wednesday with the planting of dozens of young trees in the grassy median between I-78 and the highway’s westbound exit ramp to Rt. 412.

Although the 84 saplings are located within Bethlehem city limits, the goal of the project is to help improve the appearance of the northern gateway to the borough, which is essentially the highway interchange.

For decades the gateway has been a barren meadow, but if the tree project is successful, in the years to come it will begin to resemble a small forest.

Wednesday was a hot day for planting, with the temperature topping 90 degrees, but weather more typical of early October–including cooler temperatures and intermittent rain–is in the forecast for the next few days.

The planting began at 8 a.m. and Kates shared photos of it on the GoFundMe site he started for the project, which to date has raised nearly $4,700 toward a goal of $5,500. 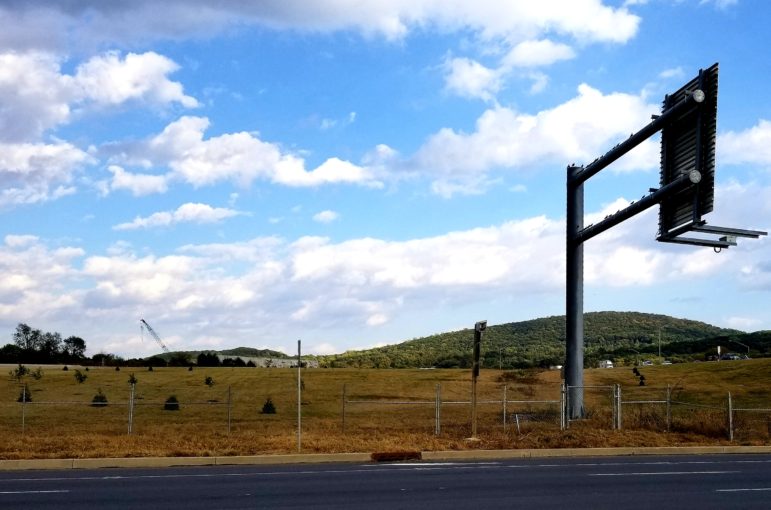 The 84 saplings planted for the Hellertown Tree Project are visible in the field between I-78 and the westbound exit and on ramps to/from Rt. 412.

When contributions that aren’t included in that total are taken into account, the goal was actually surpassed.

Kates previously announced that Berks County-based tree wholesaler Bower & Branch was donating the 84 trees for the planting, which include a variety of both deciduous and confiferous specimens.

“This project has been a truly meaningful and impactful process for me,” Kates said. “I am so happy to see my vision of over a year-and-a-half to be executed. I am excited for the possibilities and benefits it may present to the larger Hellertown community and for travelers passing by it on a regular basis. It will make the gateway into Hellertown even more beautiful.”

Individuals who contributed $50 or more to the Hellertown Tree Project will have their names or a name of their choosing engraved on a memorial plaque that will be made by Robert Moll of Moll Monumental Crafts of Hellertown.

A true community project, the planting of the trees was facilitated through a donation of labor by Tim Walters Lawn & Landscaping Service of Lower Saucon Township and the Hellertown Public Works Department under the supervision of director Barry Yonney.

Breakfast for the laborers was donated by Mystical Treatsss Cafe of Hellertown.

Coincidentally, the trees were planted just before the thirtieth anniversary of the highway’s opening, which took place on Nov. 21, 1989. 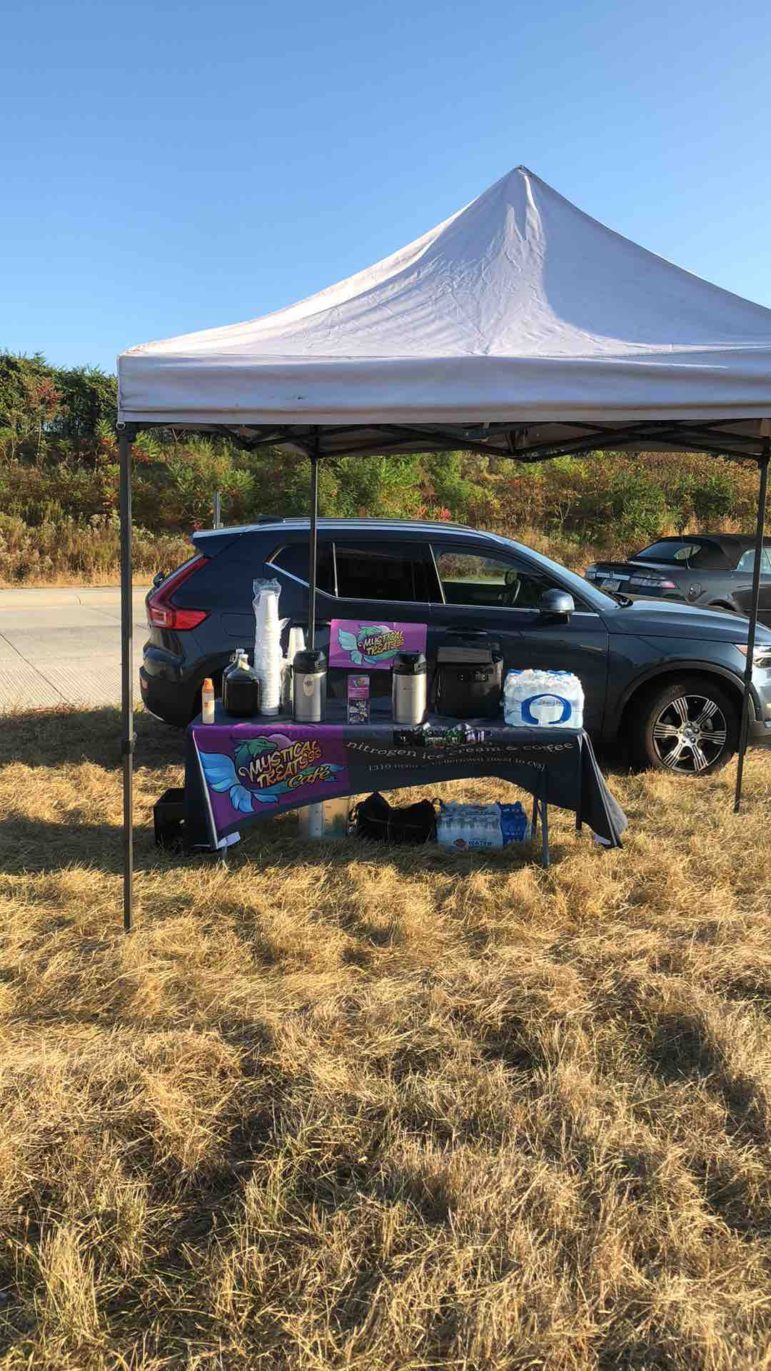 Breakfast for the tree planters was donated by Mystical Treatsss Cafe of Hellertown. 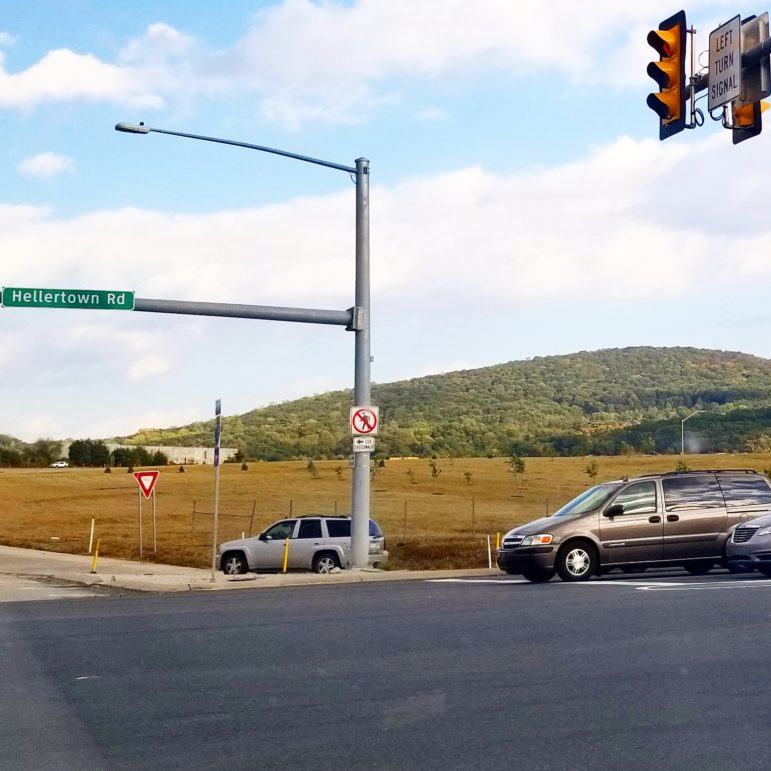 The Hellertown Tree Project was the brainchild of 16-year-old Noah Kates, who’s been the junior councilman for Hellertown Borough Council for two summers. In order to proceed with the project, Kates had to receive permission from various government bodies–including PennDOT–and raise a considerable amount of money, as well as solicit contributions from local businesses and engage media support.