Saucon Source celebrated an important milestone on Sunday with an open house that marked their fifth anniversary as an independent online publisher of original local news and information.

Owner and publisher Josh Popichak was joined by friends and family at the event, at which he thanked readers and advertisers for their support, which in some cases originated before the site’s launch date on Oct. 28, 2014.

“The time has flown by,” he said. “I didn’t have grand expectations when I launched this site five years ago, but to say that the community’s response to it has far exceeded anything I could have dared to hope for would be an understatement.”

Popichak noted that Saucon Source–which is published by Saucon Source LLC–is one of relatively few independent local news websites in the area, although thanks to groups like LION (Local Independent Online News) Publishers that landscape is becoming greener in Pennsylvania and elsewhere. Saucon Source LLC has been a LION member since 2015.

“I would also like to point out that after more than five years of continuous operation, SauconSource.com remains paywall-free, unlike some other news sites,” he added. “This is thanks to the tremendous support we receive from local advertisers and sponsors. We hope our readers will recognize that such an investment directly benefits them and make it a point to shop local not only this holiday season, but also throughout the year.”

The free open house was held from 2 to 4 p.m. at Ella’s Ristorante & Pizzeria in Hellertown and featured a Mexican and Italian food buffet, wine, soft drinks, a custom phone-shaped cake made by Hellertown Bakery and raffles to win one of four prizes.

The event was also an opportunity for Popichak to promote his new local podcast, “No Rain Date,” which premieres Wednesday, with episodes initially available on SauconSource.com and soon on distribution channels such as Apple Music and Spotify.

Ella’s Ristorante is located across the street from the offices of Saucon Source LLC, which opened in February 2018 at 656 Main Street. The BYOB Italian eatery recently launched Mexican Days, which are held every Tuesday and Wednesday and feature fresh, authentic Mexican cuisine. Ella’s also hosts live music on the last Friday of each month. This Friday, Nov. 29, folk/rock guitarist and singer Phil Stahl will be the featured musician. 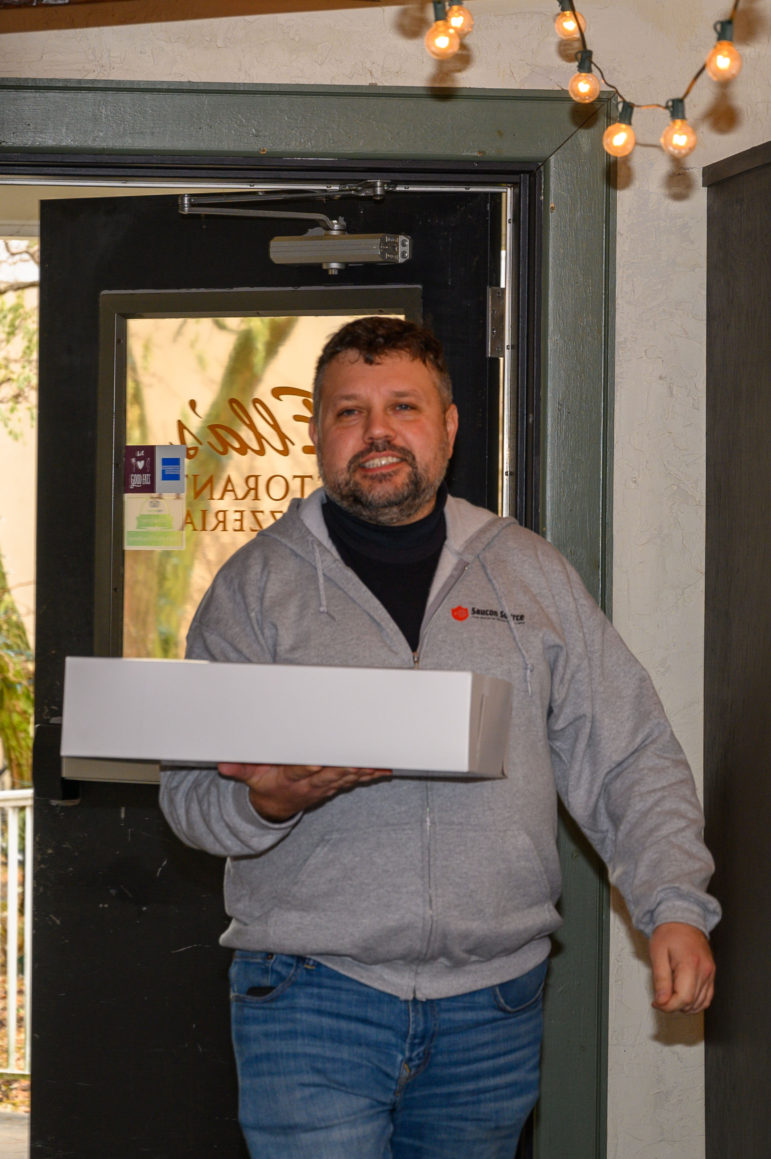 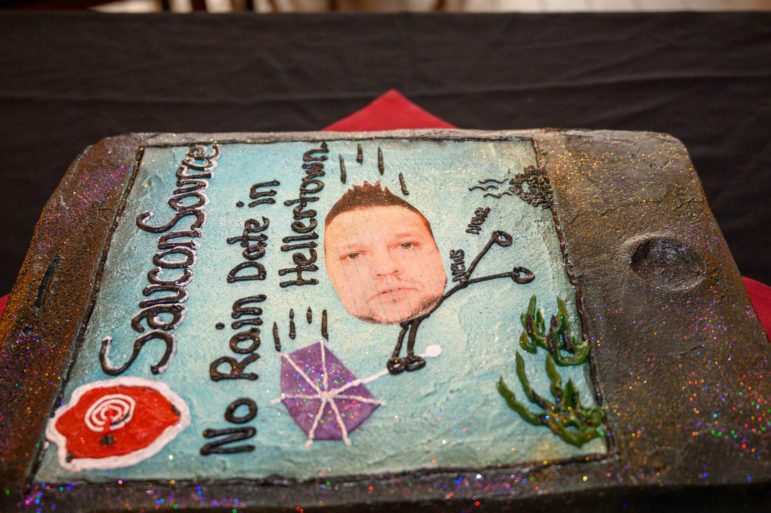 The phone-shaped anniversary cake was custom-designed by Hellertown Bakery. The ‘screen’ features the Saucon Source logo and a reference to the oft-asked question “Is there a rain date?” The question’s become so ubiquitous around town that Saucon Source publisher Josh Popichak decided “No Rain Date” should be the name of his new podcast. Episode 1 of No Rain Date will be available on Wednesday, Nov. 27, and features interviews with Jessica O’Donnell of the Greater Lehigh Valley Chamber of Commerce, Kindred Spirits Books & Gifts owner June Rose and RC Moore Vintage owner RC Moore. 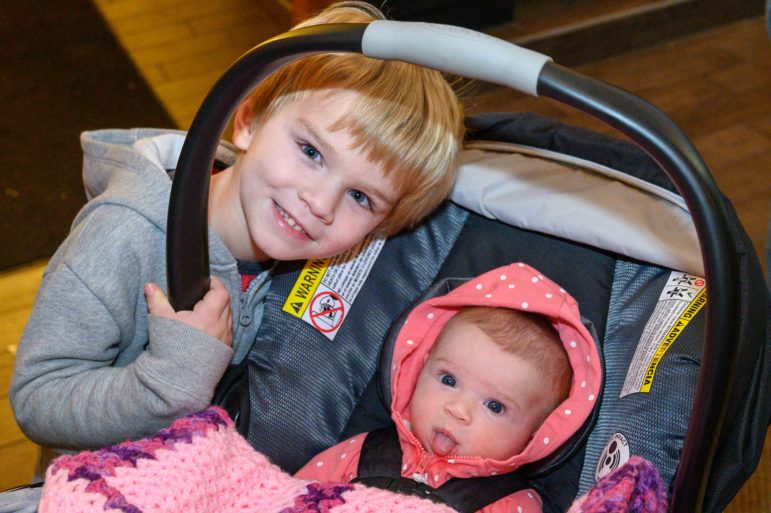 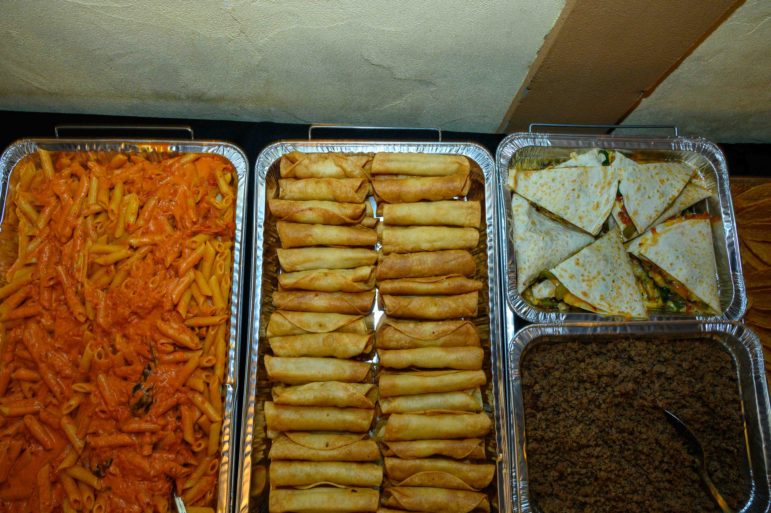 Penne with vodka sauce, chicken taquitos, vegetable quesadillas and a taco bar were on the buffet at Saucon Source’s 5th anniversary open house. 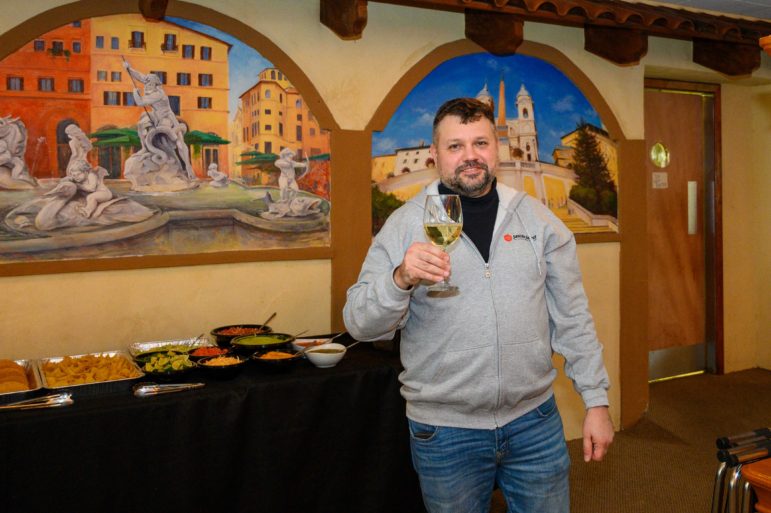 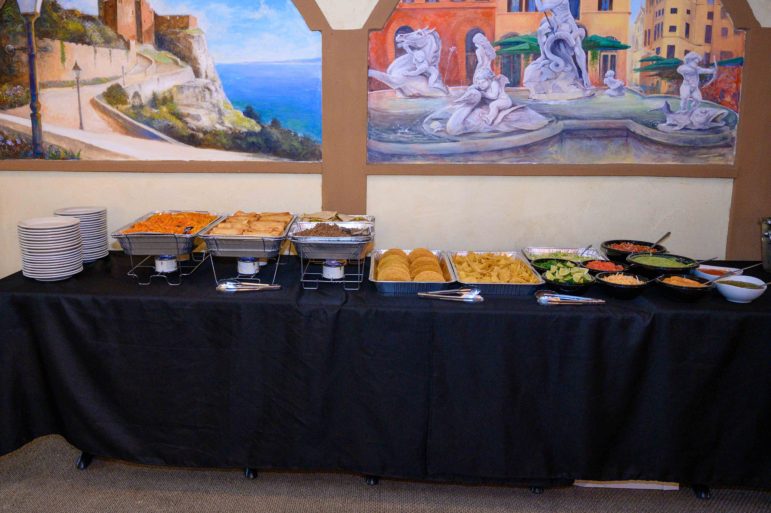 The buffet and cake were hits with more than 40 attendees at the event. 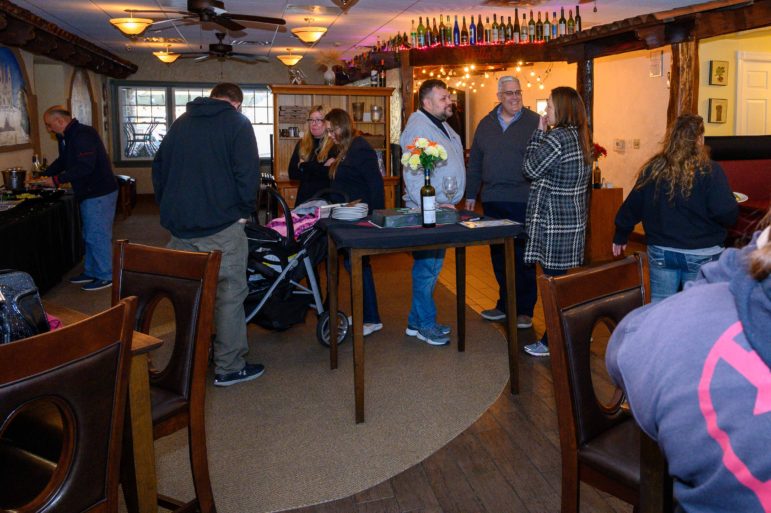 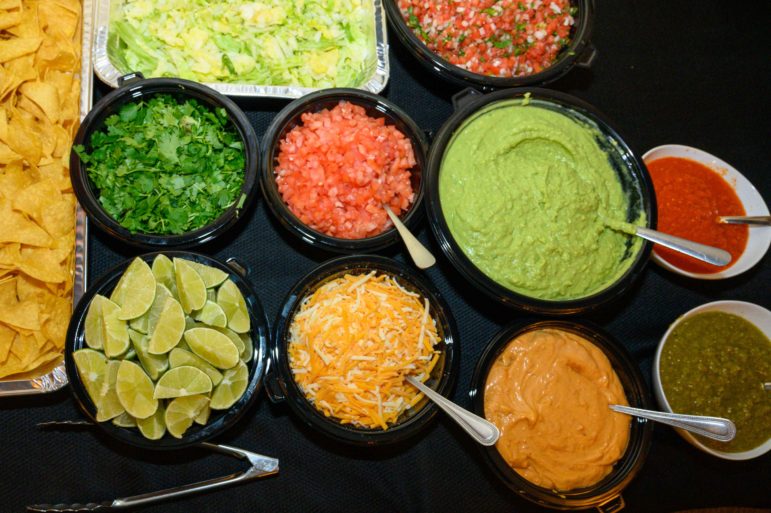 A fresh, authentic Mexican food menu is available at Ella’s Ristorante, 639 Main St., Hellertown, every Tuesday and Wednesday. The restaurant is BYOB. In addition to dining in, takeout and delivery options are also available.