It’s almost the end of January, and you may be asking yourself, “where is winter?” As of Jan. 28, 2020, Allentown had received a mere 5.3 inches of snow for the season, with a departure of 9.9 inches from average (ff we finish January with no more accumulations).

In this article, we will take a deeper look at what’s going on, and why.

1.) Why has the winter been so mild and where is the polar vortex?

Arctic Oscillation (AO), or pressure patterns in the Arctic play a significant role in just how cold North America gets. This is recorded in positive and negative indices. This winter, so far, has been mainly in the positive range, meaning when extreme cold is trapped in the poles it continues to circle up there and stays put. A period of negative AO traps high pressure and weaker zonal winds in the poles, which in turn disperses the Arctic air into the middle latitudes of the U.S. and Canada. 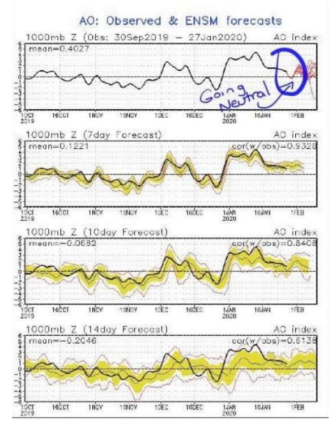 As far as snowstorms go (or don’t go, since there’s been a lack of them), we need to examine another atmospheric phenomena. A big player in the development of snowstorms is the NAO (North Atlantic Oscillation) index, which is based on the surface sea-level pressure difference between the Subtropical (Azores) High and the Subpolar lows (definition source: NOAA).

Simplified? NAO concerns the overall track (jet stream) and intensity of storms. The Northeast has been in the positive index of this for the better part of the winter, in turn keeping warmer temperatures parked over the eastern part of the U.S. When the NAO goes negative, snow and cold generally follow.

NAO USED IN MODELING (BELOW) 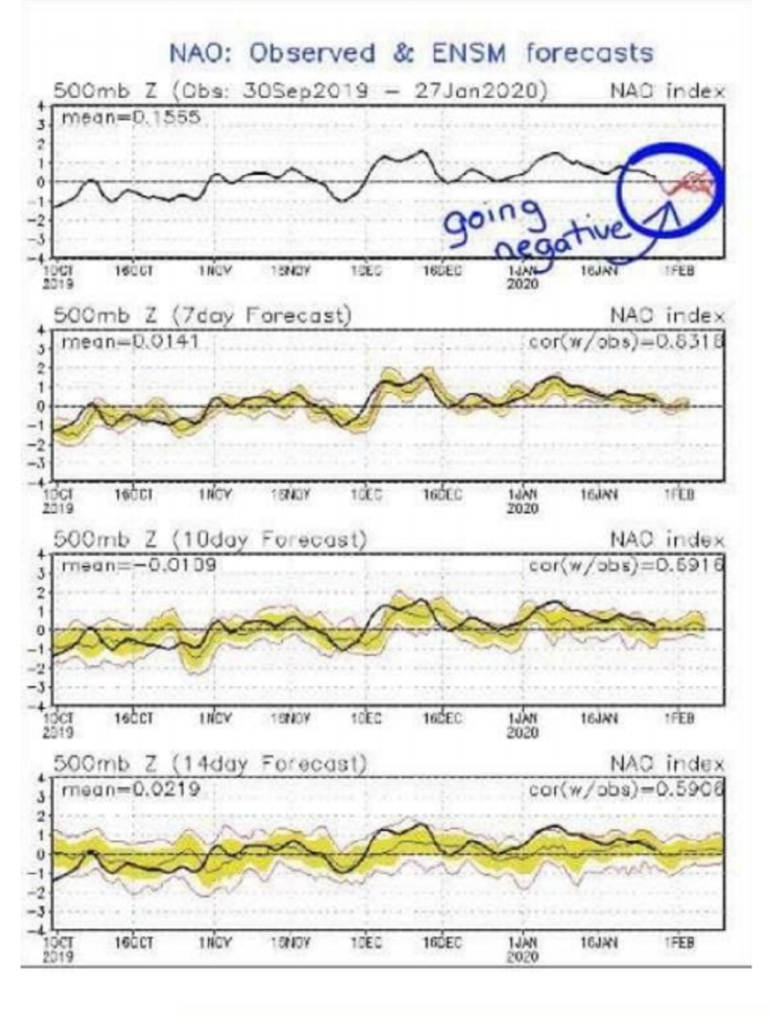 EFFECTS OF A NEGATIVE NAO (BELOW) 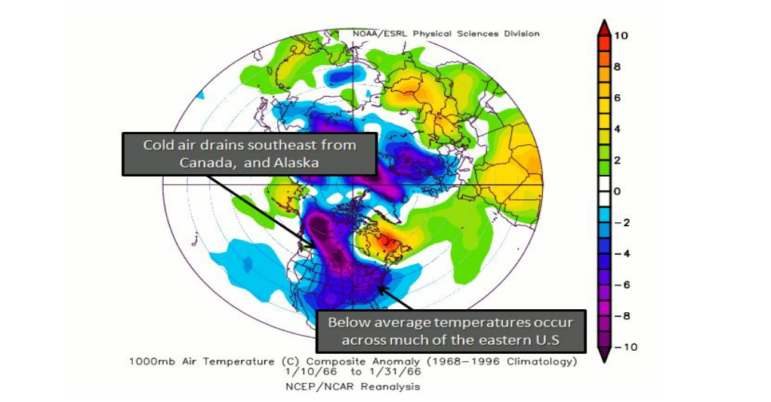 You’ve heard of La Niña and El Niño, but have you heard of a Neutral ENSO? That name refers to the current winter pattern we are in. La Niña happens when we have colder ocean temps, and El Niño when ocean temps are warmer. A Neutral ENSO consists of average Pacific surface sea temps or (Pacific SST). 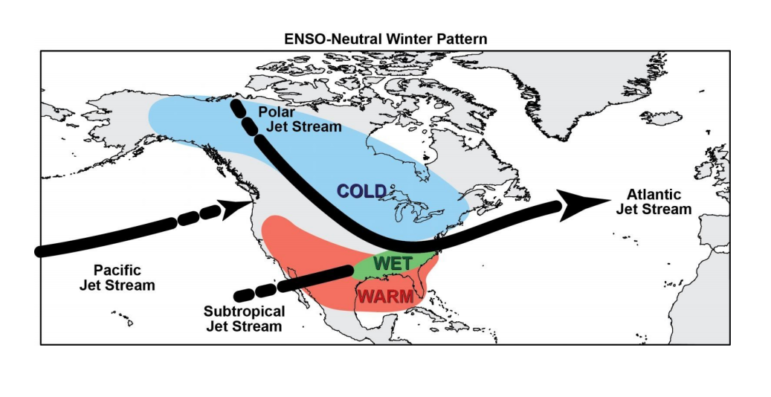 When you couple the positive NAO and Neutral ENSO you get a fast zonal stream, meaning storms move very fast from west to east, with little to no south or north movement. When combined with above-average temperatures the result is rain in the east.

An interesting tidbit: When there is extreme cold in Alaska it is warm in the Northeast, and vice versa.

Looking ahead, does winter return?

As I look over the latest modeling, I think at least during the first half of February looks to chip away at the polar vortex and head into at least a neutral/slightly negative AO, returning the Northeast to colder than average temperatures. However, I think it will be more of a “wash-rinse-repeat” cycle, consisting of transient cold shots and needing near perfect conditions to set up for a snow event. 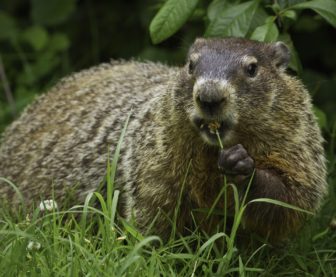 If the groundhogs know where winter is, they’re definitely not saying anything…at least until Sunday.

Is all hope lost for any substantial snow? No, but after the first week or so of February,
any opportunity will fade away quickly.

This is a quote from the National Weather Service’s Central PA bureau which pertains to the current trends: “A few analogs of years with similarly warm Januarys indicate February and March were generally warmer and less snowy than average. Time will tell.”

We are tracking a potential storm for this weekend, a true “Miller A” storm (Gulf-originated), however the exact track will determine whether we see rain, snow or nothing at all. These storms are a little less stressful to forecast because they don’t frequently come with sleet or freezing rain. Right now, I’d lean towards a 65 percent likelihood of the storm going out to sea vs. a 35 percent chance of a coastal track (what you want for snow), but minor details will determine this over the coming days. So stay tuned!