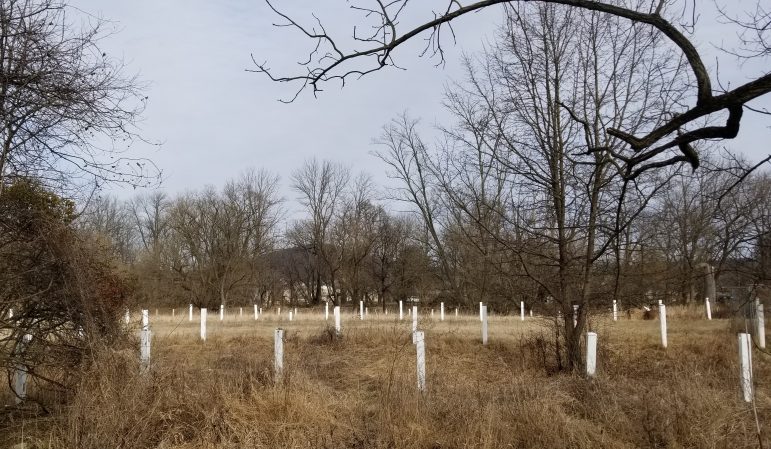 The low-lying land that would be developed under a senior housing proposal by Abraham Atiyeh is located between Creek Road, Friedensville Road and the Saucon Creek, at the southernmost tip of Bethlehem city. The parcel is bordered by both Lower Saucon Township and Hellertown borough. The view above is from Creek Road, looking east toward Hellertown.

Formal opposition to a proposed land rezoning on Creek Road in Bethlehem city appears to be building in the Saucon Valley, as does resident dissatisfaction with it; dissatisfaction which apparently prompted the launch of a website/petition called “Save Creek Road.”

Last week, the Hellertown Planning Commission voted to oppose the plan by developer Abraham Atiyeh to build 40 senior apartments and a 60-space parking lot on land he owns at 2105 Creek Road.

The nearly 7-acre property is located just west of Hellertown borough, along the west bank of the Saucon Creek north of the Water Street Bridge.

Atiyeh’s plan would require rezoning the property from Rural Residential to a zoning classification that would allow for higher density housing to be built on it.

The Bethlehem Planning Commission was scheduled to consider the rezoning request at its meeting Feb. 13, however commissioners tabled that discussion, reportedly so officials in Hellertown and Lower Saucon Township would have more time to weigh in on it.

The discussion is now scheduled for the commission’s Thursday, March 12 meeting, which will be held at 5 p.m. at Bethlehem Town Hall on Church Street.

A public hearing on the rezoning is also scheduled to be held before Bethlehem City Council on Tuesday, March 17 at 7 p.m., according to the Save Creek Road website.

Both meetings are open to the public, and the website encourages opponents of the proposed rezoning to attend and “show your support.”

There is also a Facebook page connected to the site.

At Tuesday’s Hellertown Borough Council meeting, council members became the latest local officials to lodge formal opposition to the proposed rezoning with a motion to draft a letter in support of the borough planning commission’s decision. That motion was approved unanimously.

Among the concerns council members cited are the parcel’s proximity to a flood zone and the narrowness of Creek Road, which would provide access to the development. 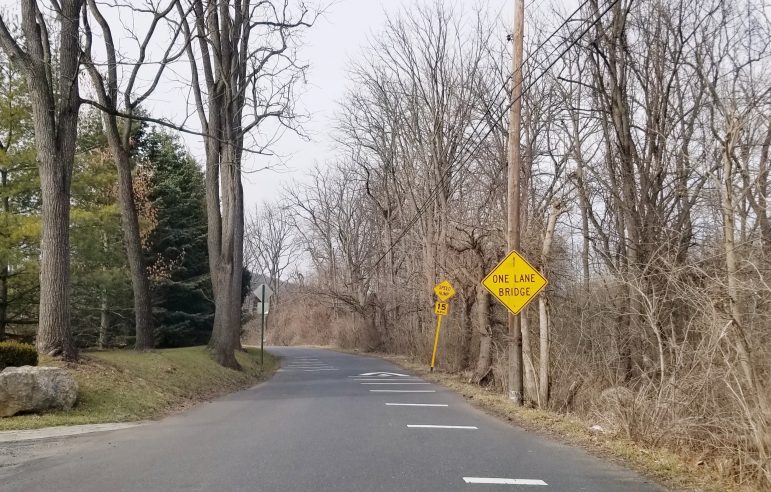 Hellertown Borough Council members Tuesday expressed concern about the narrowness of Creek Road in voting to oppose a rezoning sought by developer Abe Atiyeh for a property he owns at 2105 Creek Road in the city of Bethlehem. The property is on the right in the photo above, which also shows warning signs for a speed hump and a one-lane bridge along Creek Road.