Amid a resurgence of the COVID-19 pandemic, public health experts continue to urge Americans to wear face masks to help slow the spread of the novel coronavirus. Scientific evidence has demonstrated that even a cloth face covering can help reduce the number of respiratory droplets expelled from someone’s mouth when they cough, sneeze or talk, thus reducing the likelihood that they will spread the disease to others. In some cases, COVID-positive individuals are asymptomatic and don’t know they’re contagious.

In Pennsylvania, the state Department of Health has mandated since mid-April that face masks be worn in businesses and since July 1 that they be worn in outdoor spaces in which social distancing isn’t possible. Except for some individuals who are unable to wear a mask due to a medical condition and children under the age of two, both health secretary Dr. Rachel Levine and Gov. Tom Wolf have continued to promote mask-wearing as a way to protect others from the potentially fatal disease.

Nevertheless, in Pennsylvania and around the country the issue of whether or not to wear a mask has become a hotly-debated topic, often along partisan political lines. Locally, arguments have broken out in stores between masked and non-masked shoppers, and in other states opposition to mask requirements has even led to violence in rare instances.

“Mask wearing is common among Americans of both political parties, but there is a 20-point split in many surveys, with Republicans substantially less likely to say they wear masks often or always and much more likely to say they never wear a face covering,” the New York Times reported Friday.

A new map released by the Times demonstrates that mask-wearing also varies significantly according to geography, with residents of some communities much more likely to mask up than other people who live nearby. Although things like population density can affect an individual’s decision about whether or not to wear a face mask when they leave home, that behavior is more often influenced by their political views, it found. 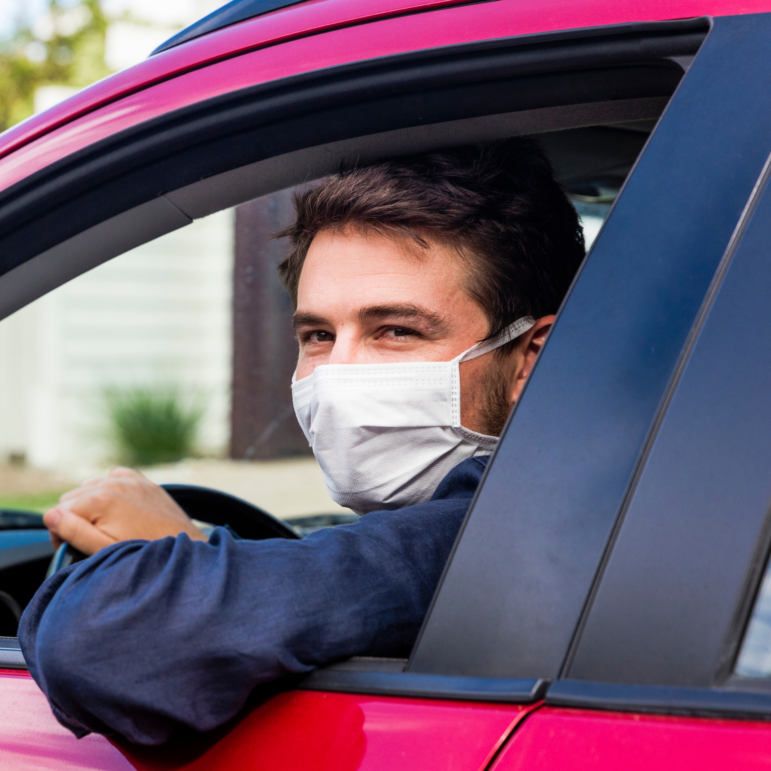 In order to create “A Detailed Map of Who Is Wearing Masks in the U.S.,” the New York Times said it relied on interviews conducted by the global data firm Dynata, in which researchers asked a question about mask use to obtain 250,000 survey responses between July 2 and July 14.

The question asked was “How often do you wear a mask in public when you expect to be within six feet of another person?” The percentages of people who gave one of the following five answers–always, frequently, sometimes, rarely and never–were then used to calculate the likelihood that all individuals would be wearing masks if random encounters were to occur between the survey participant and five other people.

That percentage for the eastern part of Lower Saucon Township was the lowest in both Northampton and Lehigh counties, at just 46 percent.

The survey respondents from western Lower Saucon Township and Hellertown borough–both of which are more densely populated–gave answers that produced a 62 percent likelihood that all people would be wearing masks during five random encounters.

Heading further north and west, in the cities of Bethlehem and Allentown that likelihood increases to above 70 or even 80 percent in some areas.

The survey results that were used to produce the map results for the Lehigh Valley demonstrate that although many residents of urban areas are more likely to wear masks, there is not an exact correlation between population density and face mask usage.

For example, across most of Northampton County’s northern tier–an area that includes the largely rural Slate Belt–the likelihood that all individuals would be wearing a mask during five hypothetical encounters ranges from 69 to 78 percent.

In Upper Bucks County residents of the Kintnersville area are less likely to wear face masks than Wassergass residents, according to the map, which indicates that just 21 percent of those residents would all be wearing masks in five random encounters.

The New York Times noted in its description of how the map was formulated that it utilized combined census tracts and “approximated survey respondents’ locations from their ZIP codes” before taking a “weighted average of the nearest responses for each location to estimate frequency of mask-wearing.”

To view the map and learn more about how it was developed, click here.