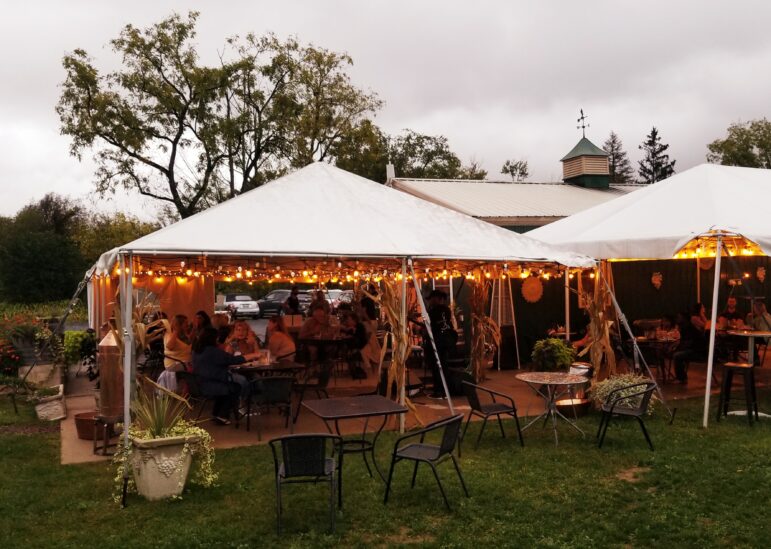 Tents were set up for the food and wine pairing held Sept. 29 at Black River Farms in Lower Saucon Township. The chamber-sponsored event featured four pairings of Black River Farms wines with canapes by Drip: The Flavor Lab, which is set to open in Hellertown later this fall.

A new eatery that will soon be opening in Hellertown in place of the former Mystical Treatsss cafe participated in a food & wine pairing at Black River Farms Vineyard & Winery in Lower Saucon Township last week.

Although rainy weather limited the attendance at the under-a-tent event, it was still a great opportunity to sample some of the offerings prepared by Chef Andrew Murtha of Drip: The Flavor Lab, which will open later this fall. 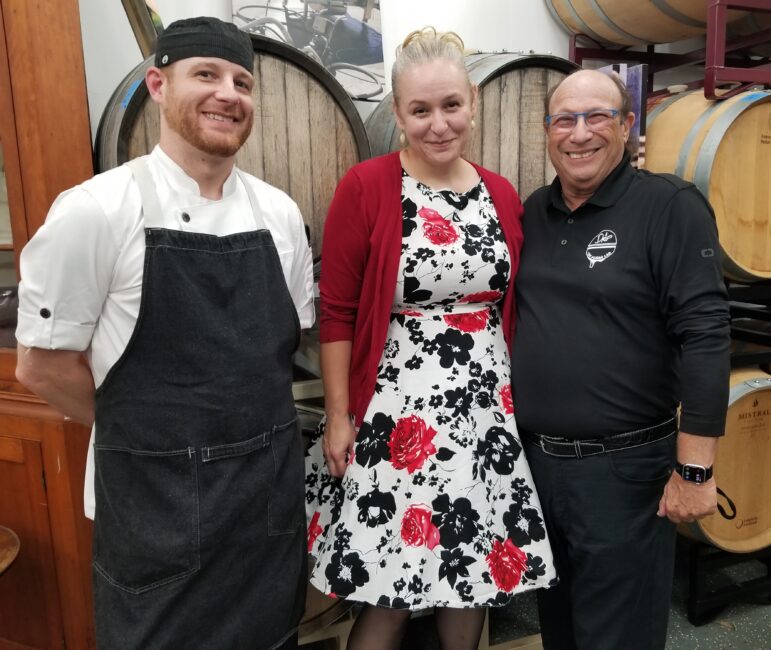 Organized by the Hellertown-Lower Saucon Chamber of Commerce as a fundraiser for their rebooted high school scholarship fund, the late summer tasting featuring live music performed by local musician Seth Witcher was a fun and relaxing way to spend an evening.

The chamber’s Jessica O’Donnell said the event was the first of many that will benefit the new scholarship fund, which replaces one that was dissolved six years ago. 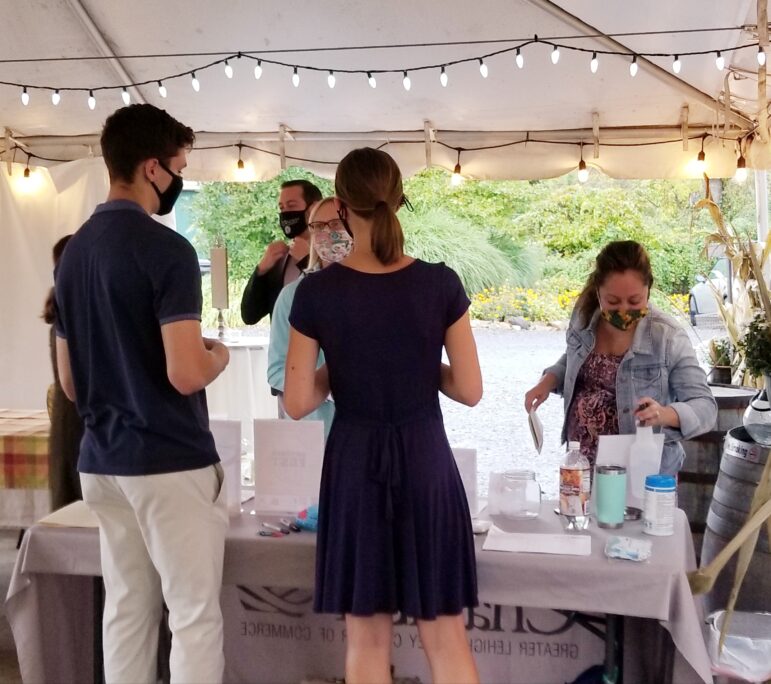 On the tasting menu by Drip: The Flavor Lab and Black River Farms Vineyard & Winery were four unique food and wine pairings:

Black River Farms is a family-owned estate vineyard and winery located at 2472 Black River Road, Bethlehem. The winery produces dry whites, dry reds and other varieties of wine made from grapes grown in its vineyards. It operates a tasting room which is open Thursday through Sunday, and is also home to a microdistillery called Wardog Spirits. 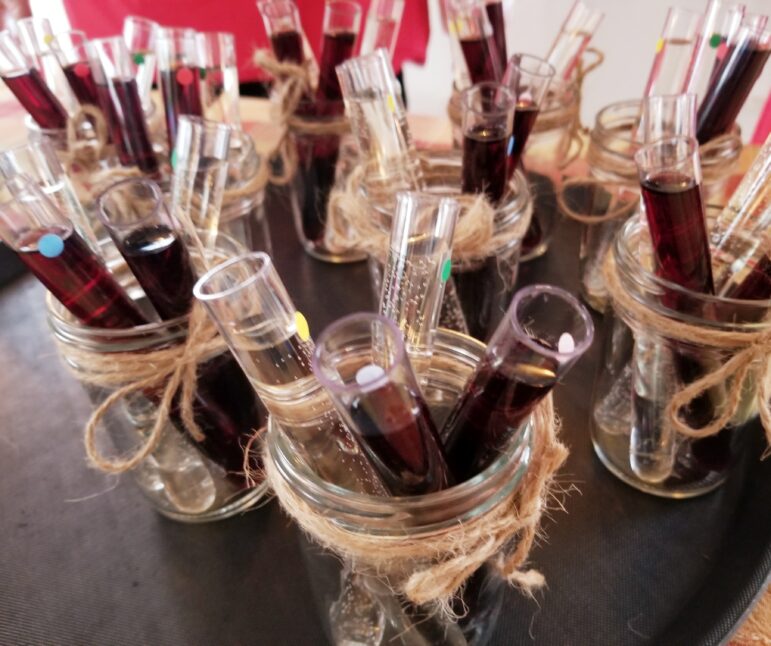 The four different wines featured at the pairing were served in test tubes. Each attendee also received a drink ticket good for a complimentary glass of wine inside at Black River Farms’ tasting room, next to the tent.

Drip: The Flavor Lab will feature a burger-centric menu and a ’90s after-school hangout aesthetic when it opens at 1310 Main Street in Hellertown later this fall. Also on the menu there will be ice cream, coffee and craft hard cider. 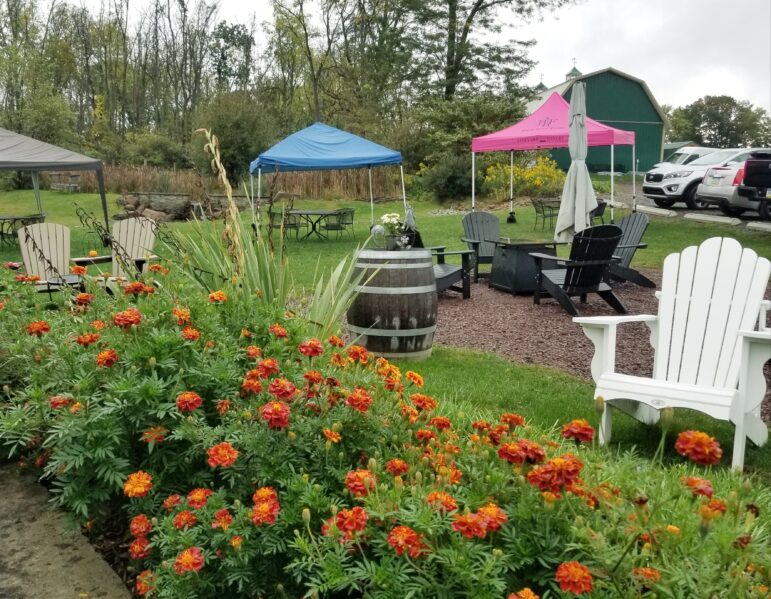 The event would have featured outdoor seating had the weather cooperated. 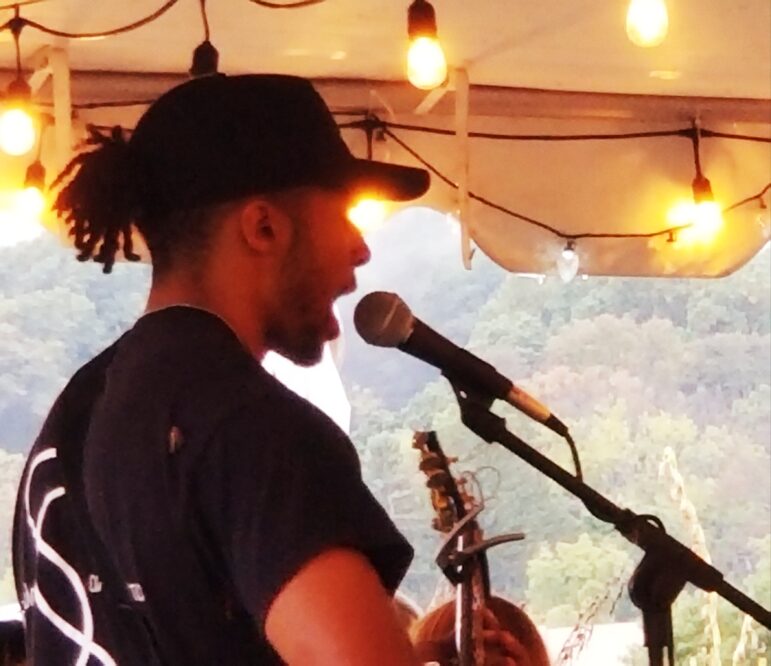 Musician Seth Witcher provided the musical entertainment at the food and wine pairing. 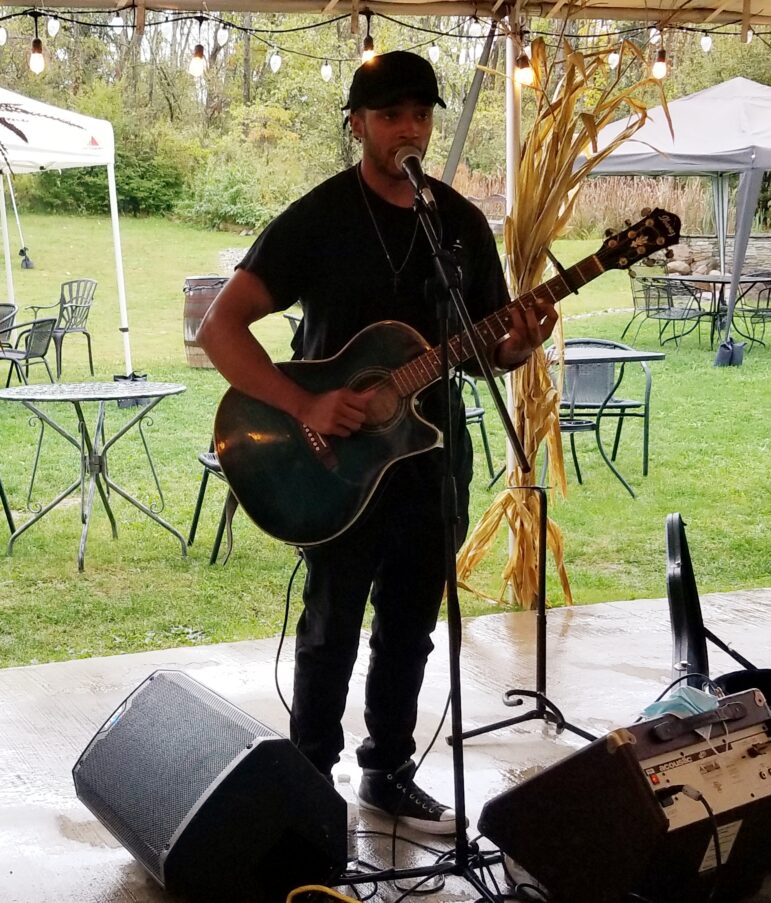 Seth Witcher is a local singer and guitarist. He performed folk and rock covers at the food and wine pairing. 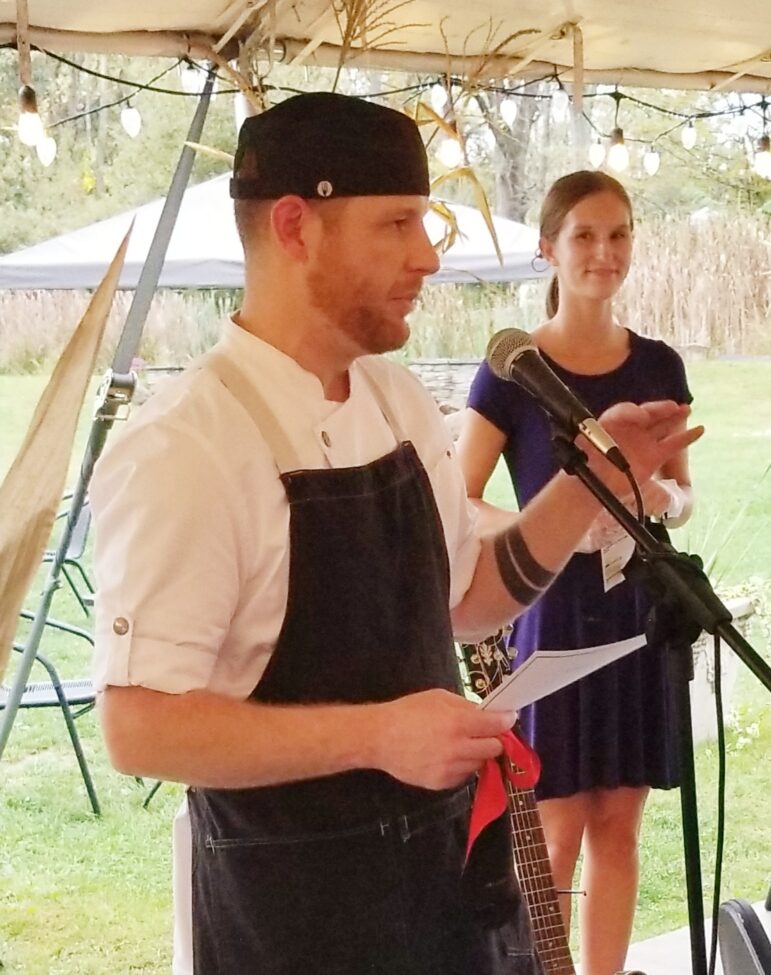 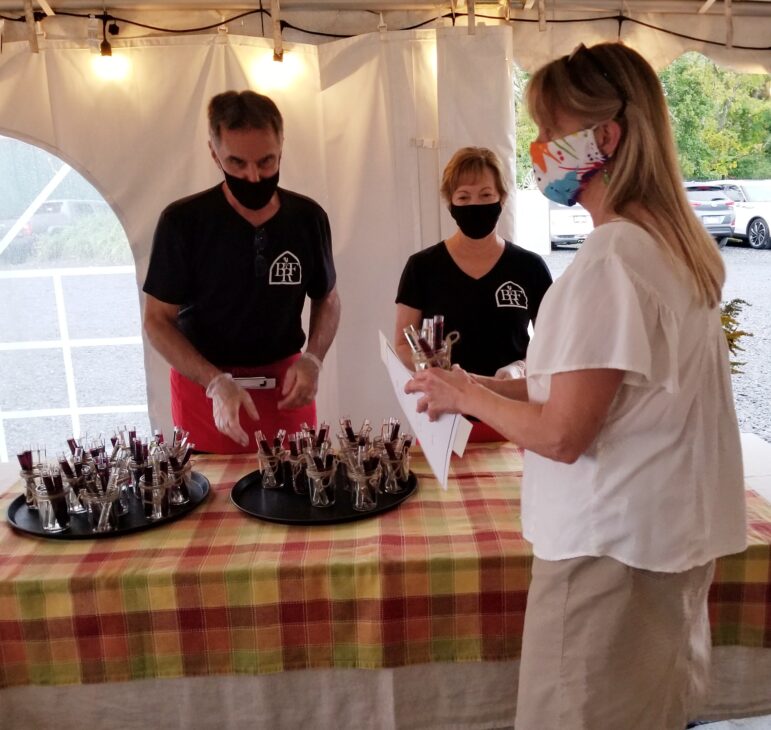 Attendees lined up to receive their wine and food tasting sets. 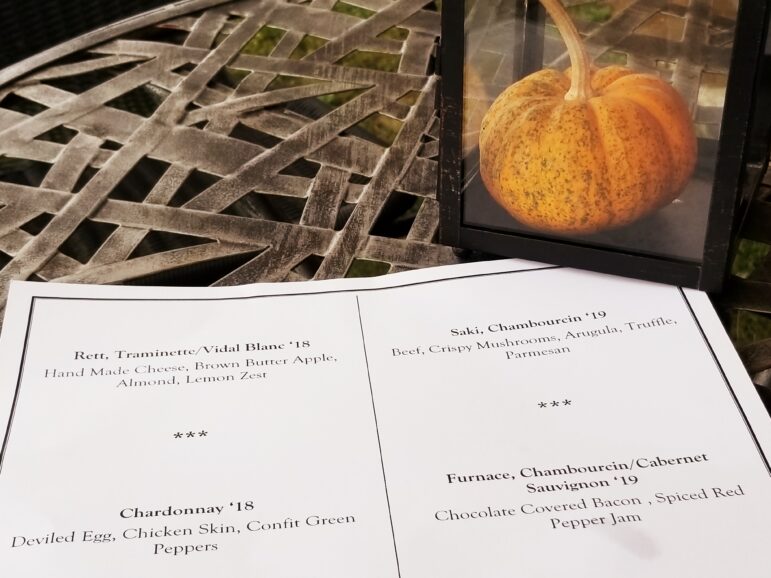 Fall was in the air at the food and wine tasting held Sept. 29 at Black River Farms Vineyard & Winery in Lower Saucon Township. 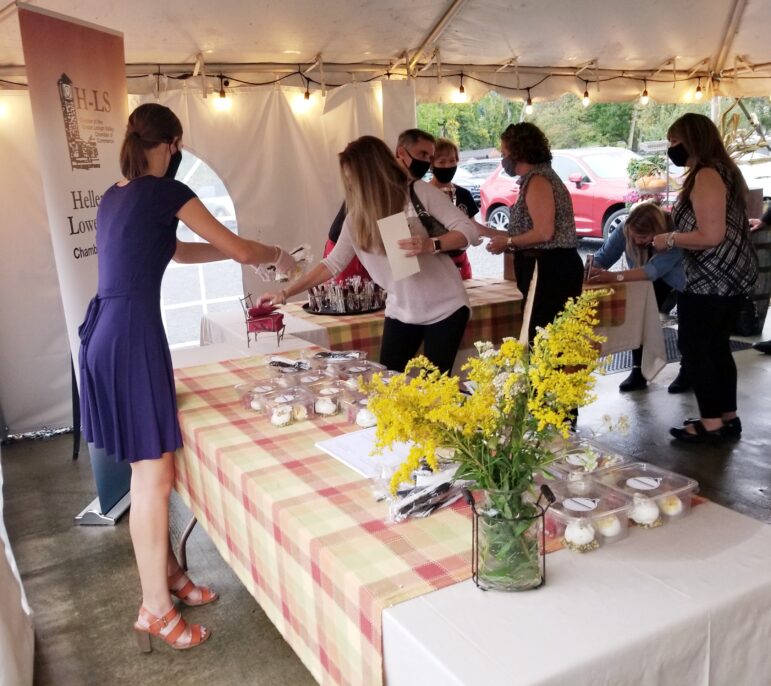 Chamber staff member Lauren Bertucci assists with the distribution of the food tasting trays at the event. 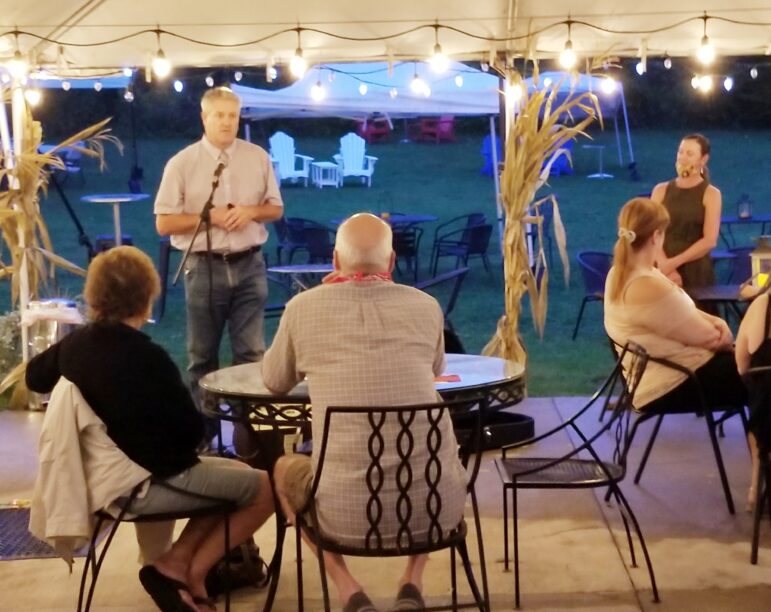 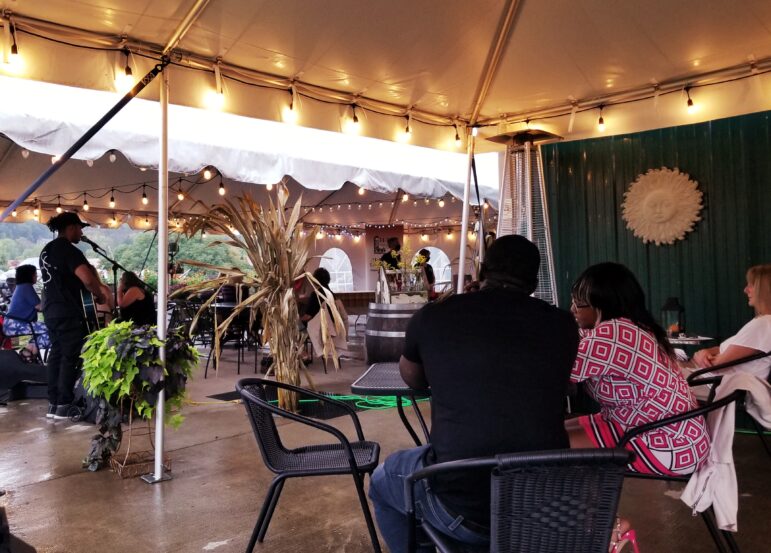 Food and wine pairing attendees listen to the music of Seth Witcher outside at Black River Farms. 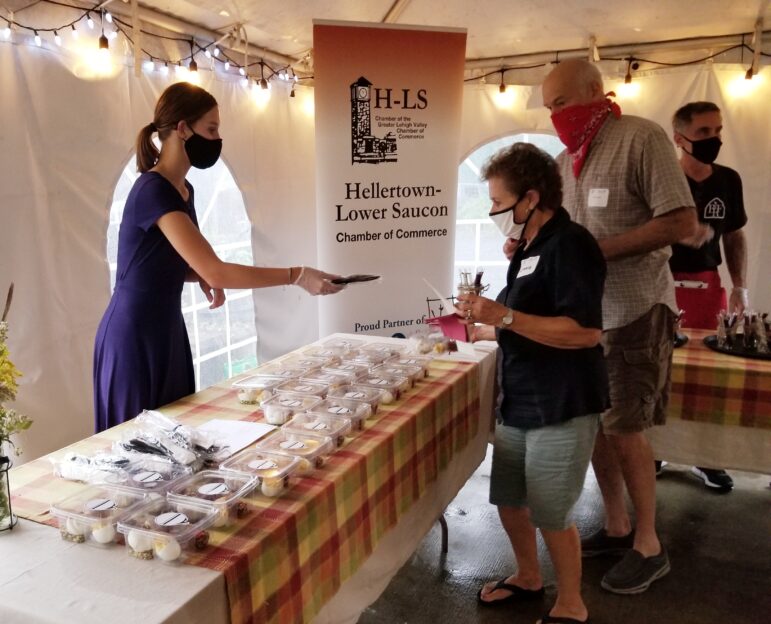 The chamber’s Lauren Bertucci hands silverware to event attendees, who wore face coverings except while seated. 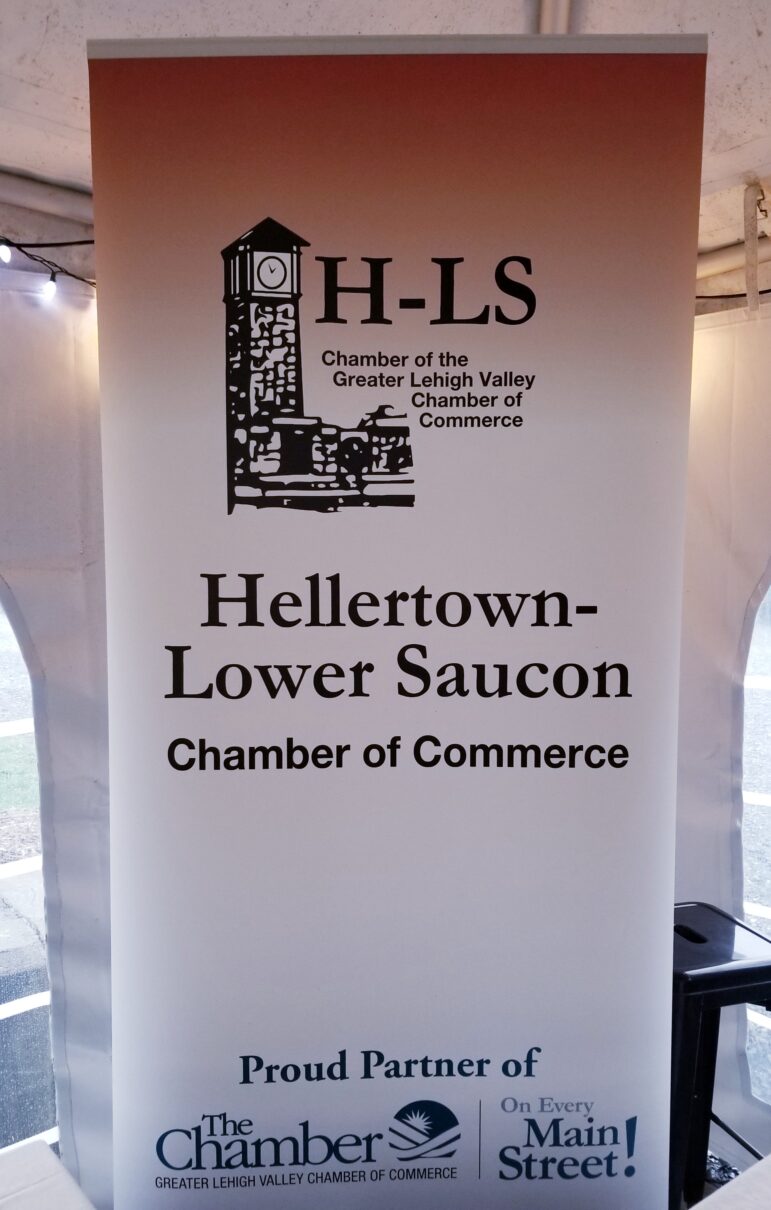 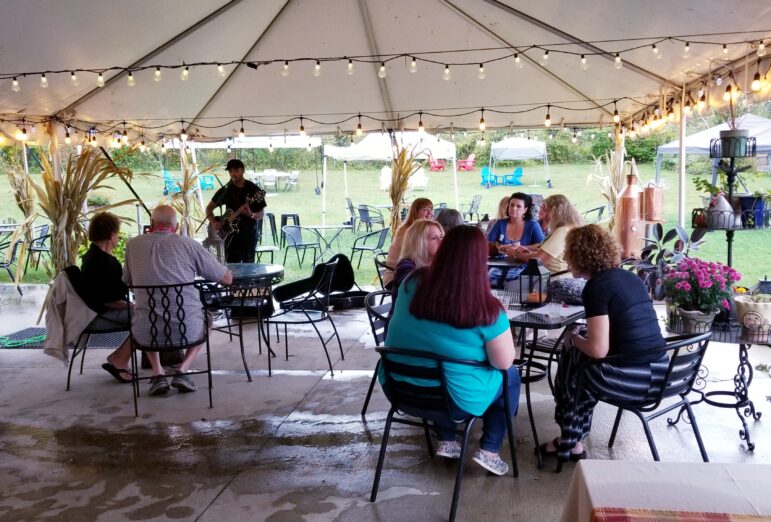 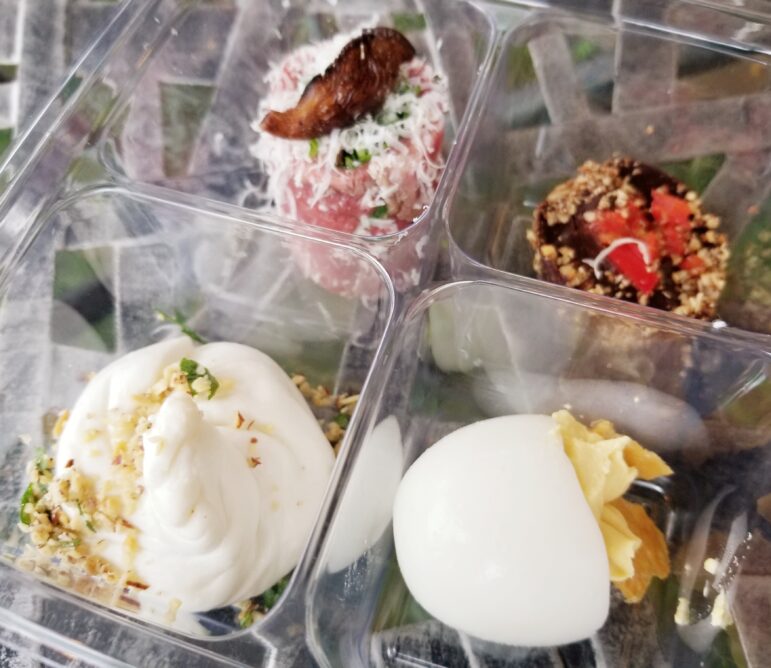 The four featured hors d’oeuvres by Drip: The Flavor Lab were served in a compartmentalized tray for easier consumption.