HARRISBURG — Pennsylvania has officially declared President-elect Joe Biden as the state’s presidential election winner, certifying results for all 67 counties and bringing officials one step closer to formally closing out an election like no other.

Counties were required to submit their certified results to Secretary of the Commonwealth Kathy Boockvar by Monday. In 2016, the Department of State took more than a month to certify the results.

Only Biden’s electors will go to Harrisburg on Dec. 14 to formally cast their votes for the former vice president, who won Pennsylvania by more than 80,000 votes, according to the Department of State.

Both Boockvar and Wolf praised the work of county election officials and poll workers.

“Today’s certification is a testament to the incredible efforts of our local and state election officials, who worked tirelessly to ensure Pennsylvania had a free, fair and accurate process that reflects the will of the voters,” Wolf said in a statement.

Those election officials faced an unprecedented flood of mail ballots, logistical issues made nightmarish by the coronavirus pandemic and even death threats as Trump and state Republicans cast unfounded doubts on the integrity of Pennsylvania’s election. 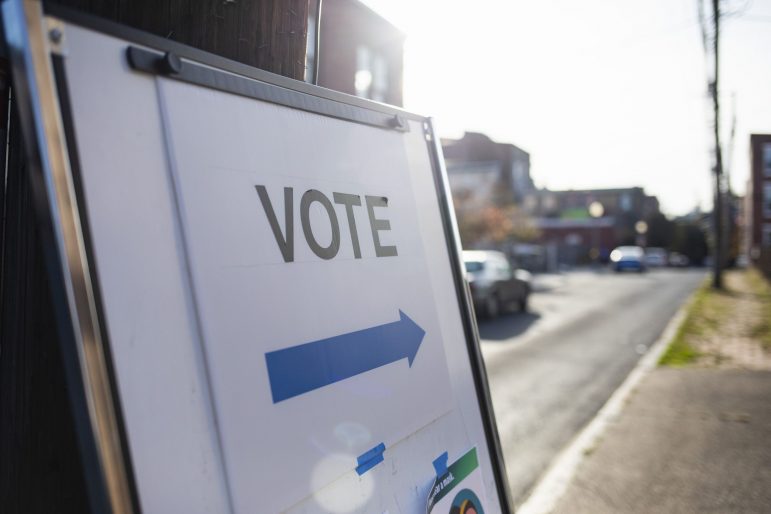 Counties were required to submit their certified results to Pennsylvania’s Secretary of the Commonwealth, Kathy Boockvar, by Monday.

Days after Nov. 3, state Republicans–including House Speaker Bryan Cutler (R., Lancaster) and Rep. Dawn Keefer (R., York)–asked Wolf for a full audit of the election prior to certification of the results. While lawmakers said they did not have evidence of widespread fraud, many claimed state guidance and court rulings had created “chaos and uncertainty.”

Some local election boards faced heated public comments from angry voters Monday, before what is normally a vote with little fanfare. Allegheny, Dauphin, Luzerne and Montgomery counties were among those that certified their results but not unanimously.

Before voting against certifying the election, Montgomery County commissioner Joe Gale, a Republican, attacked the state’s new no-excuse mail ballot system. He incorrectly said mail ballots were prone to fraud and likely to “cause legitimate votes to go uncounted.” All mail ballots had scannable bar codes that allowed election officials to carefully track their status and make sure each voter only had one vote counted.

In Northampton County, a spokesperson said four of the five election commissioners signed the documents to certify the election results. The member who withheld her signature, Maudeania Hornik, said she did so to protest county decisions including allowing the use of satellite drop boxes, The Morning Call reported.

Allegheny County Council member Sam DeMarco, a Republican, was the lone “no” vote against certification, arguing that election officials did not accurately apply state law in reviewing some votes. The county Board of Elections voted to allow a few thousand mail ballots with undated declarations to be counted; an issue that went to the state Supreme Court. Justices ruled Monday that such technical violations shouldn’t disenfranchise voters.

DeMarco said he does not believe fraud occurred in Allegheny County.

The Delaware County Board of Elections voted unanimously to certify results, after a two-hour discussion, in which election workers carefully explained various procedures called into question by suspicious residents, such as how poll books are reconciled after the election and how poll workers deliver results from voting machines to county officials.

“We’ve never done it this way before–we’ve never had you come in and explain your work before,” Elections Board Chair Gerald Lawrence, a Democrat, told an elections official who presented at the meeting. “We want to be as transparent as possible.”

100 PERCENT ESSENTIAL: Spotlight PA relies on funding from foundations and readers like you who are committed to accountability journalism that gets results. If you make a donation now, your contribution will be DOUBLED: spotlightpa.org/donate.