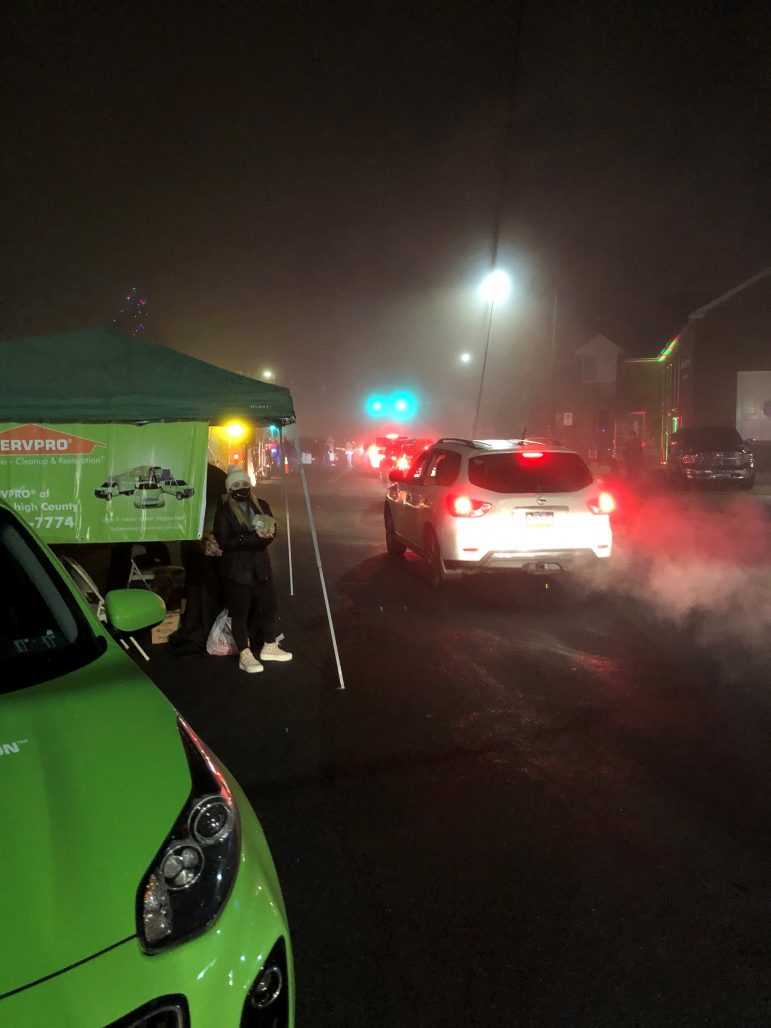 Southern Lehigh Chamber of Commerce officials had to think fast when Pennsylvania Gov. Tom Wolf ordered a temporary ban on outdoor gatherings of more than 50 people last week. The chamber’s tree-lighting event in Coopersburg was expected to draw hundreds to downtown on Saturday, which was the day the order took effect. Instead of canceling it, the chamber and event sponsors pivoted to make it a drive-thru holiday celebration.

Instead of canceling the event, however, chamber staff and business sponsors pivoted to make the event a drive-thru holiday celebration, in order to comply with Pennsylvania Gov. Tom Wolf’s Dec. 10 order that outdoor gatherings be kept to under 50 people through Jan. 4.

“We were determined to still host some type of celebration so our community could have something to enjoy after a year of cancelled events and quarantining,” said Ashley Lorah, Assistant Vice President of Affiliated Chambers for the Greater Lehigh Valley Chamber of Commerce, on Monday.

Lorah said the quick shift to a drive-thru event during which families stayed in their cars the entire time worked out well, all things considered. Volunteers were stationed outside Coopersburg Fire Co. No. 1 to hand out hot chocolate kits, candy canes, Santa hats and other giveaways such as stuffed animals, yo-yos, slime, coloring pages and craft kits.

“In addition, Santa, Elsa, Olaf (characters from the film ‘Frozen’) and the Grinch joined the procession to bring joy to attendees,” Lorah said. “Before the drive-through portion of the event began, we hosted a quick tree-lighting ceremony with Lehigh County Executive Phillips Armstrong and Coopersburg Mayor Gary Hovis.” 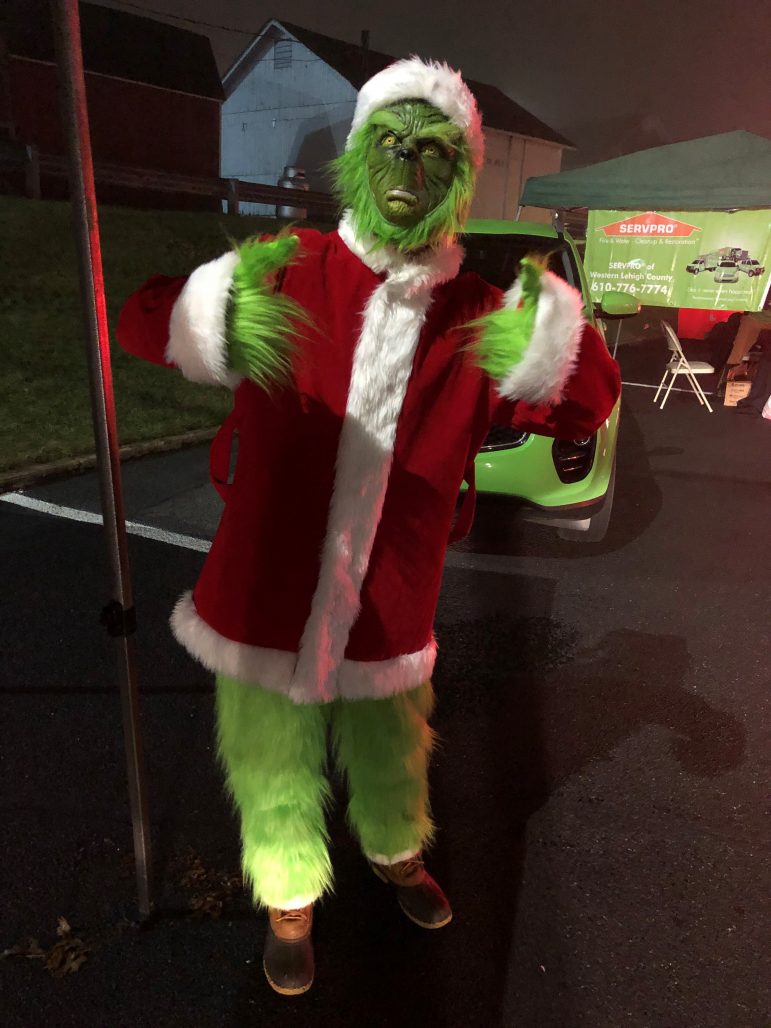 The Grinch was on hand and suitably grinchy for the drive-thru holiday celebration in Coopersburg Saturday.

Additional photos from the drive-thru holiday celebration may be found on the Instagram feed for the GLVCC’s Affiliated Chambers (@glvcc_affiliatedchambers) as well as on the Southern Lehigh Chamber’s Facebook page.

The Hellertown-Lower Saucon Chamber hosted a similar type of holiday drive-thru event–part of a Holiday Weekend Extravaganza it organized the weekend after Thanksgiving–which drew hundreds of motorists to Morris J. Dimmick Park. 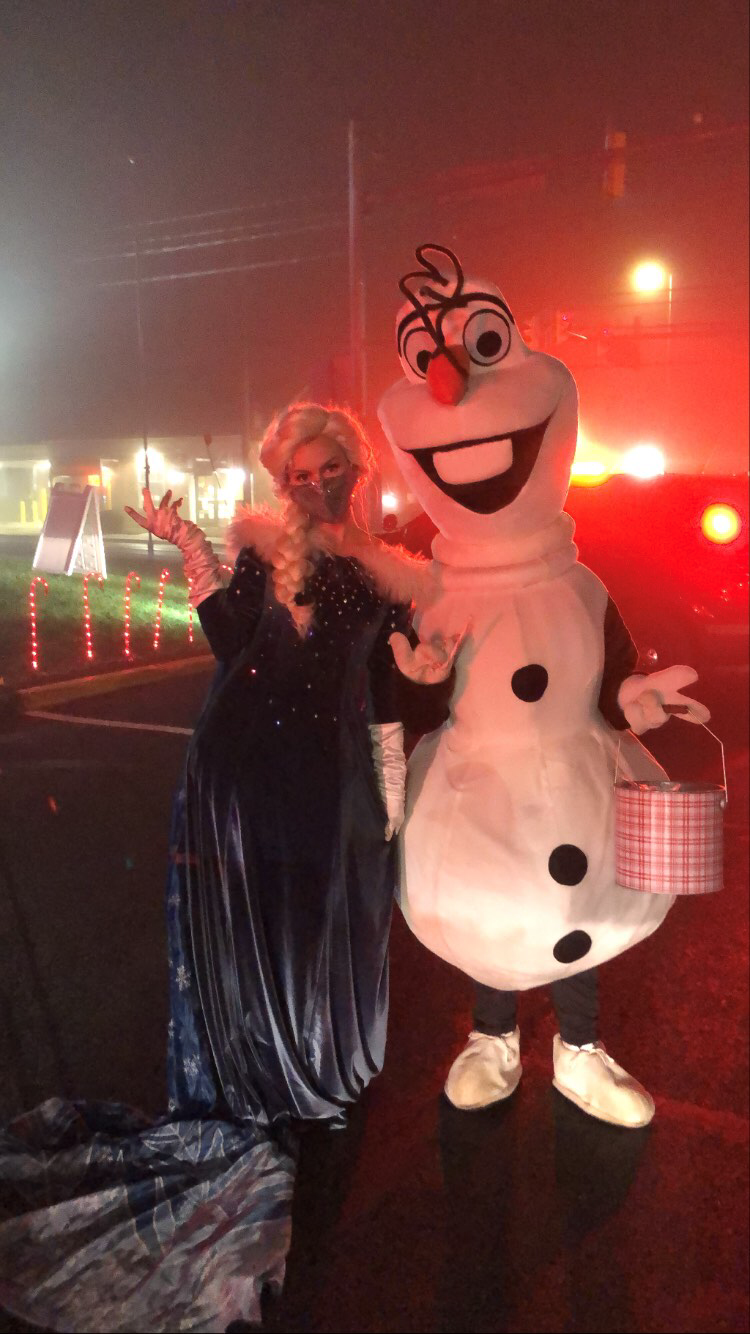 Elsa and Olaf from ‘Frozen’ were on hand for the drive-thru holiday celebration. The beloved Disney characters had to content with a bit of fog, but are always a hit with little ones. 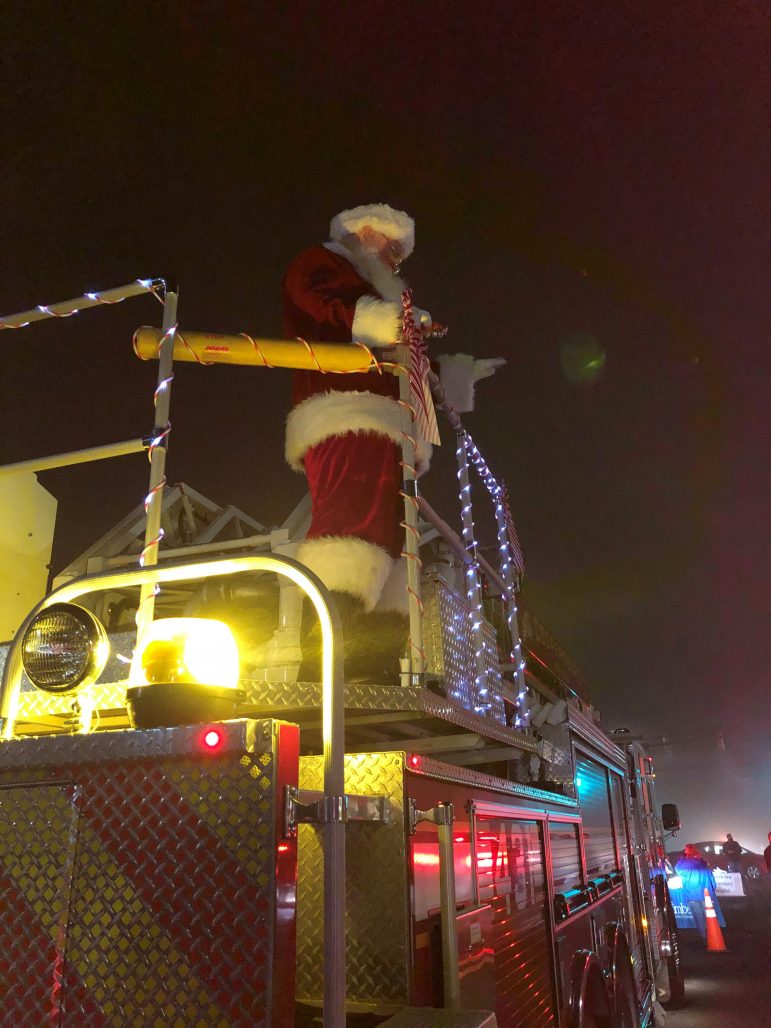 Of course it wouldn’t be a holiday celebration worth talking about without Santa. In spite of his very busy schedule, the guy in the red suit managed to find time to visit Coopersburg Saturday, to the delight of attendees at the drive-thru holiday celebration.