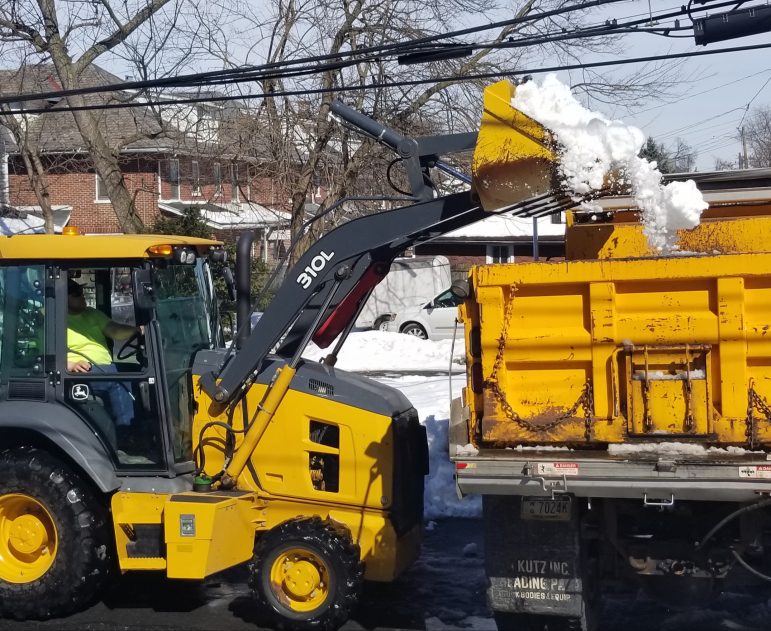 An employee of the Fountain Hill Public Works department operating a front end loader deposits snow in the bed of a dump truck during snow removal operations on North Hoffert Street in the borough Wednesday. The densely-populated borough has received nearly 40 inches of snow this month, causing problems for many residents who rely on on-street parking.

The public works department in Fountain Hill is getting a helping hand from Mother Nature this week as crews attempt to remove large snow piles from borough streets.

A three-man crew using heavy equipment was hard at work removing snow from along North Hoffert Street Wednesday, where the piles have placed parking at a premium.

With temperatures well into the 40s, the snow was also rapidly melting as large piles of it were being scooped up and loaded into a dump truck to be hauled away.

Other local municipal public works departments including Hellertown’s have had their hands full with snow removal operations this month, as storm after storm has deposited it tons of it on streets. As recently as Tuesday the area saw accumulating snow, although all of it–and then some–has since melted, thanks to milder temperatures and sunshine.

The milder weather is forecast to continue beyond the weekend, although there remains a chance of snow and sleet Friday night, according to the National Weather Service. 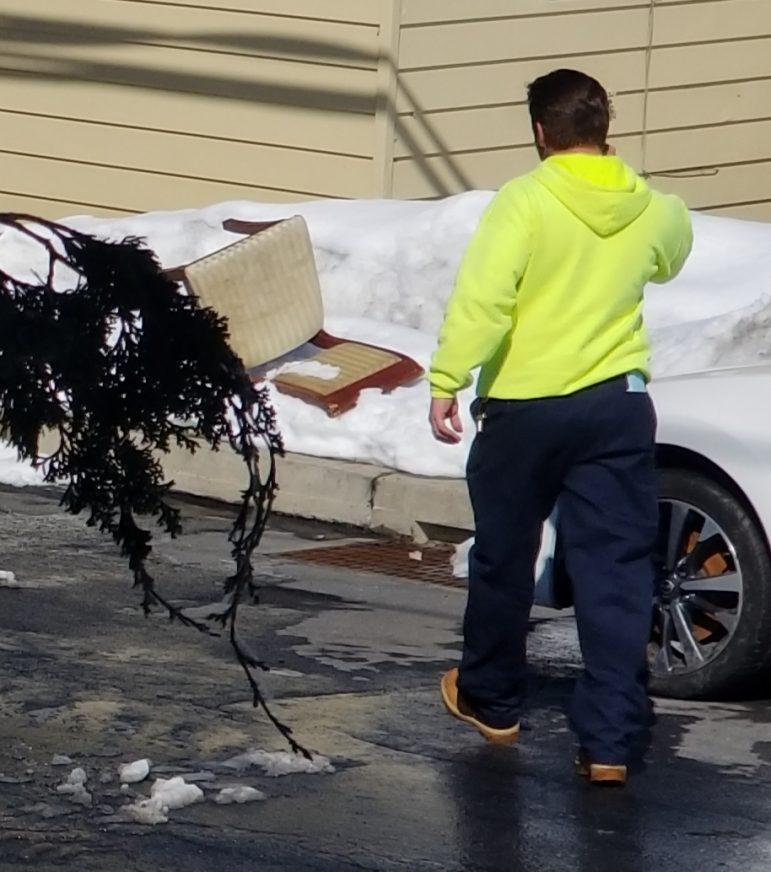 A Fountain Hill Public Works Department employee walks along North Hoffert Street picking up objects left in the street. Although illegal, the practice of using chairs, cones and other items to save parking spaces that have been cleared of snow is common in densely-populated boroughs and cities like Fountain Hill and Bethlehem, particularly during bad winters. 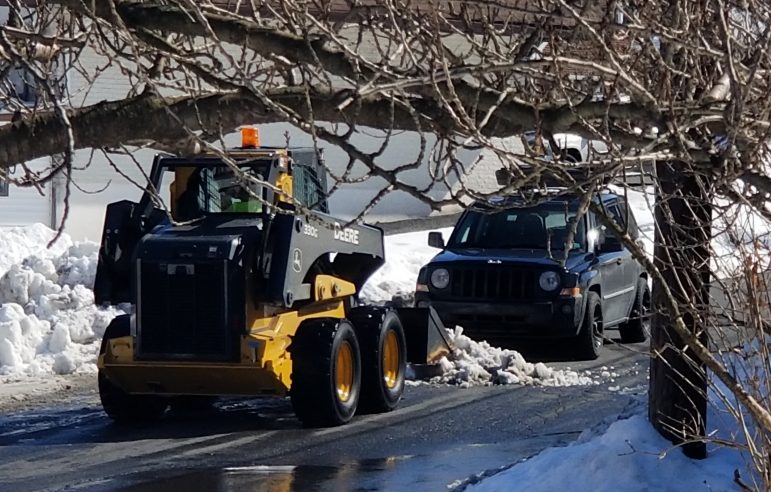 The driver of a vehicle stopped in the middle of the street at first appeared unwilling to back up and detour around the block where snow removal operations were taking place. However, it subsequently became apparent that the driver was acquainted with the public works employee, and was perhaps simply trying to brighten his day with a bit of snow removal ‘humor.’ 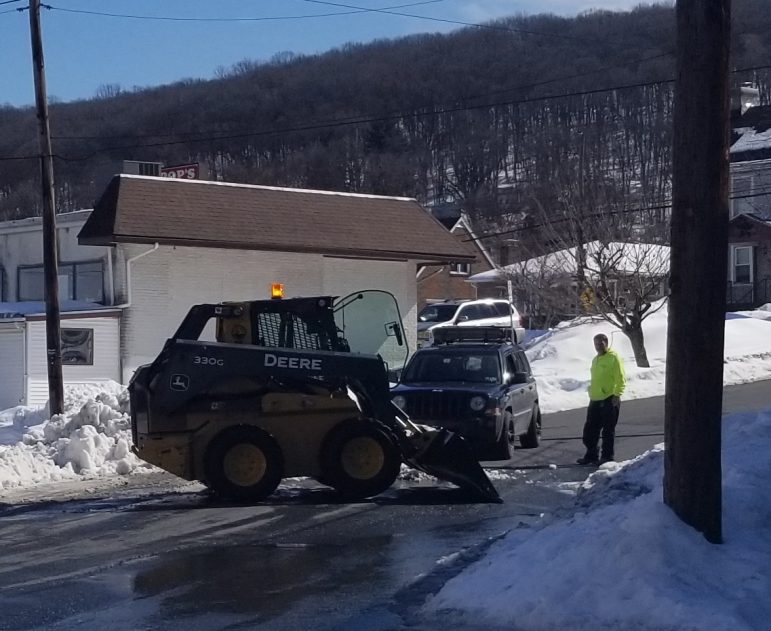 A Fountain Hill Public Works employee talks with the driver of a vehicle stopped along North Hoffert Street at Cherokee Street during snow removal operations Wednesday. 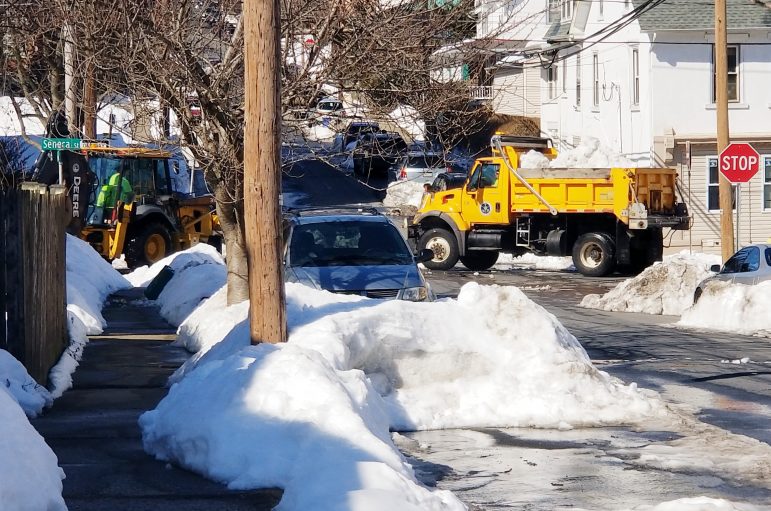 The crew removes snow piled up at the intersection of North Hoffert and Seneca streets in Fountain Hill. 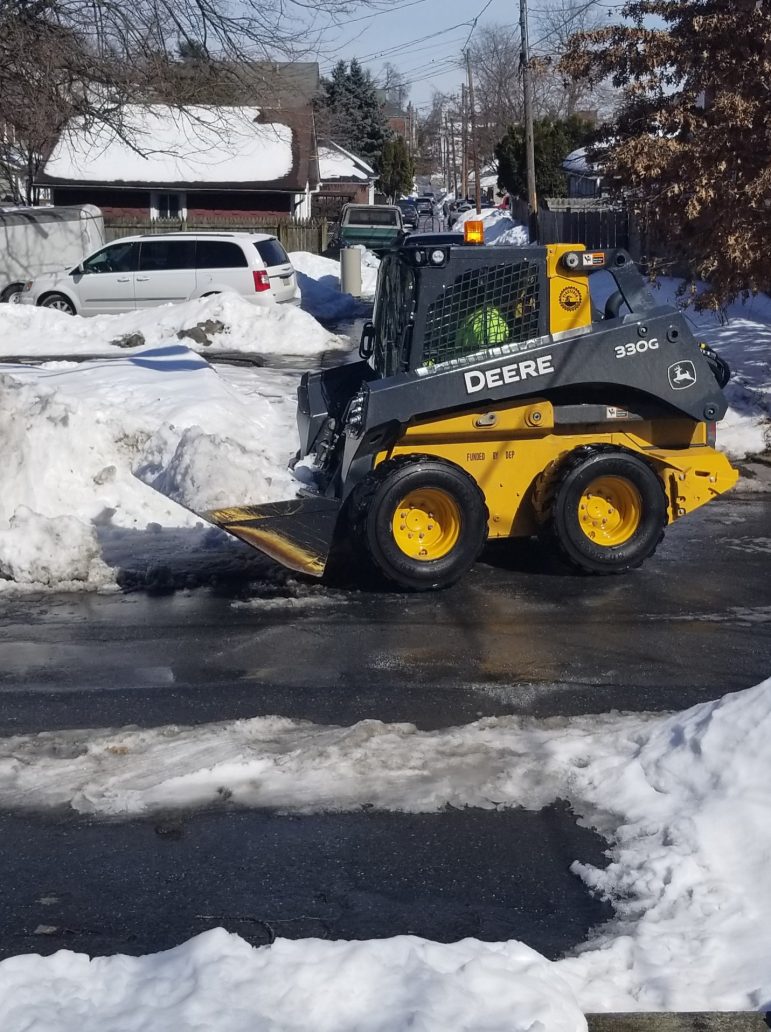 A public works employee maneuvers a skid steer as he uses it to take bites out of a snow pile at North Hoffert and Long streets in Fountain Hill borough Wednesday. 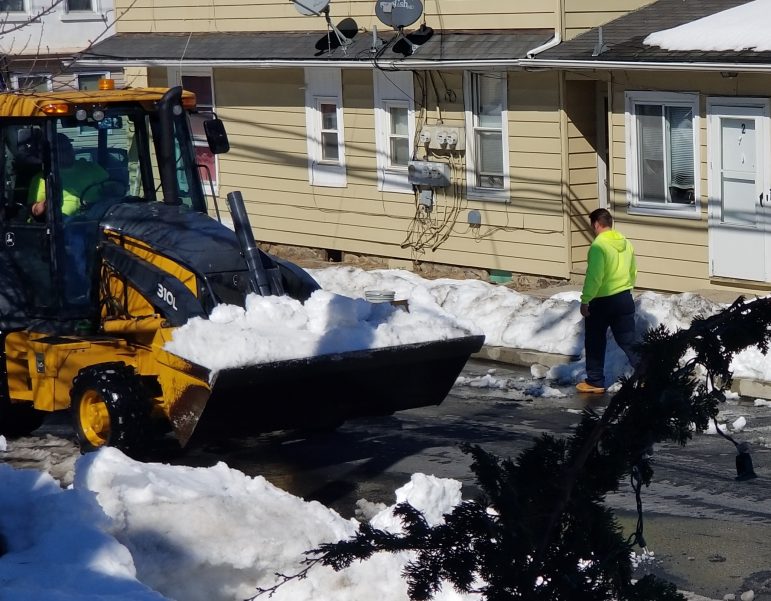 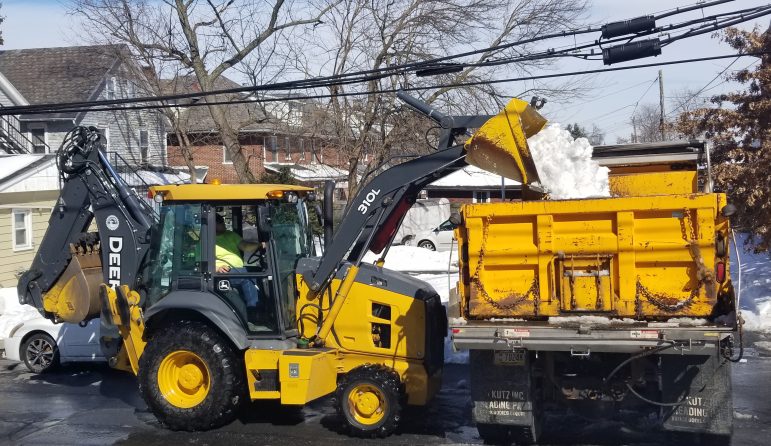 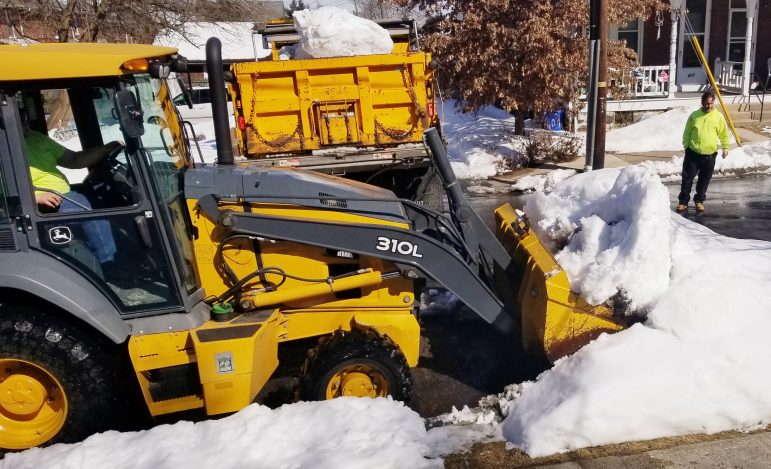