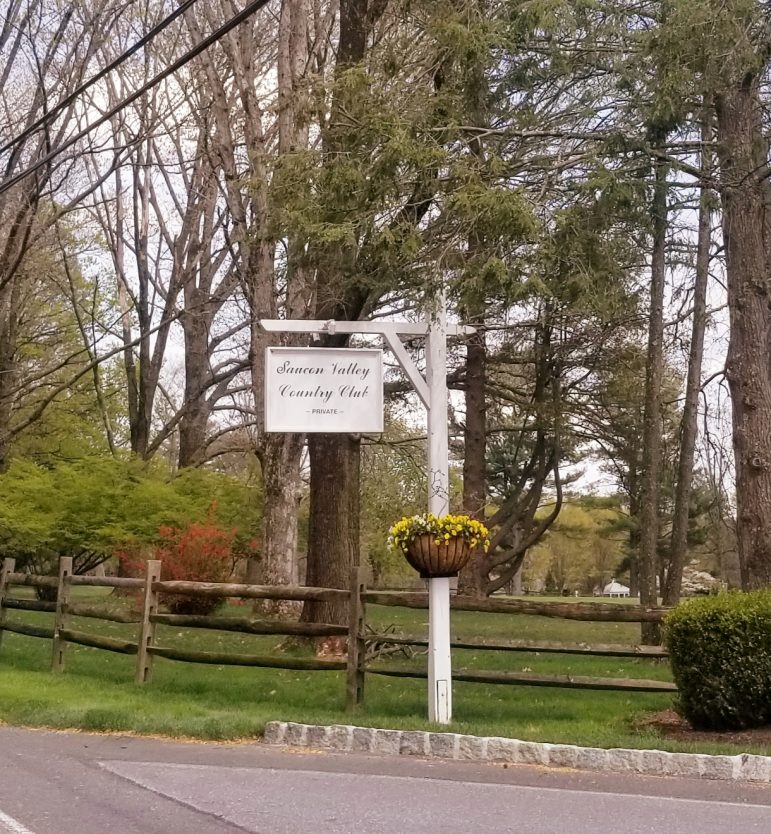 A wooden sign marks the entrance to Saucon Valley Country Club on Saucon Valley Road in Upper Saucon Township. The 100th anniversary of the club’s opening will be in August. In June 2022, the club will again host the U.S. Senior Open.

This summer will not only mark the hundredth anniversary of Saucon Valley Country Club’s formal opening, but also serve as a reminder that one of the region’s premier golf courses remains as important–and exclusive–as ever.

The mystique surrounding Saucon Valley dates to its earliest days, when it was formed by Bethlehem Steel executives who built mansions in the area where the club is now located.

A club history on its website identifies legendary Steel president Eugene Gifford Grace (1876-1960) as its patriarch and notes that he made sure the club “was second to none.”

A generation later, Bethlehem Steel employees would initiate the development of another iconic country club nearby. Their legacy also lives on in Steel Club, located in Hellertown. 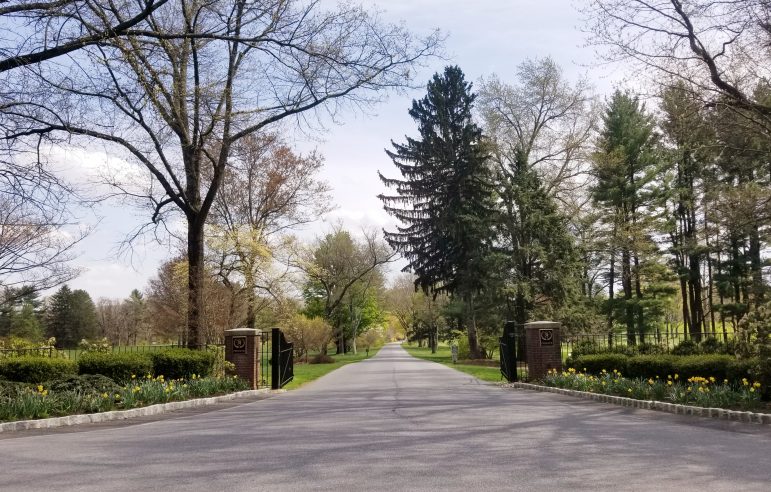 Above, a gated entrance to Saucon Valley Country Club, which is home to a renowned golf course that is nearly a century old.

Below is a verbatim transcript of the article about Saucon Valley Country Club’s opening along with photos that appeared in the Aug. 5, 1921 edition of The Morning Call.

With a finely arranged and appropriate program, the Saucon Valley Country Club, located east of the Friedensville church on the road leading to Hellertown, will be formally opened on Saturday afternoon. Upwards of 350 members and friends will attend.

Although the club house and surroundings are far from complete, the home in its present form is beautiful to look upon. It is one of the finest and most elaborate Country club houses in this part of the country. To complete the program of improvements will require at least three or four more years. The ground comprise 208 acres, and were purchased on October 1, 1920 at a cost of $25,600.

The club house is a renovated farm house, adorned with a wide veranda. An excellent approach to the grounds is available via the Philadelphia pike, turning in at Centre Valley. Though far from completion, an 18-hole golf course is to be one of the main attractions at the grounds. It is being constructed along the most modern lines and will compare favorably with the best championship courses in the country, being designed on plans made by Herbert Strong, one of the foremost golf architects in the country. It will be the middle of the coming year before the course will be in readiness for the fans. The cost of the links will be $45,000. Considerable labor and materials were furnished by members of the club, which kept the actual cost from far exceeding the above figures. A swimming pool, 45 feet wide and 120 feet long, was built by Brillhart Bros., of Bethlehem, at a cost of $10,000. The pool was completed some time ago and was used quite often during the recent hot spell. The pool has a concrete bottom. A locker room with 150 lockers, divided half for the women folks and half for the men lies within easy reach of the pool. Showers for each form the basement of the building. Four tennis courts have been laid out for the lovers of this outdoor sport which is becoming more popular daily. Spaces have also been provided for on the grounds for clay pigeon traps, quoits, croquet, archery, handball and track and field sports. The general makeup of the new club is far from complete but has progressed sufficiently so as to allow the opening program as arranged. The club has a membership of 350 members in good standing. The entire outlay represents an expenditure of $100,000.*

The program on Saturday opens at two o’clock with a general inspection. At 3.30 there will be swimming and diving exhibitions by experts from New York City. At 4 o’clock, the club’s colors, blue and white, and the national colors, will be hoisted to the top of a large flag pole near the home. At 4.30 o’clock an athletic program will be staged. Supper will be served at 6 o’clock. Dancing will be enjoyed from 8 to 12 o’clock. The Bethlehem Steel orchestra will furnish the music. R.A. Lewis, the president, will be master of ceremonies.

*Equivalent to approximately $1.5 million in 2021, accounting for inflation. 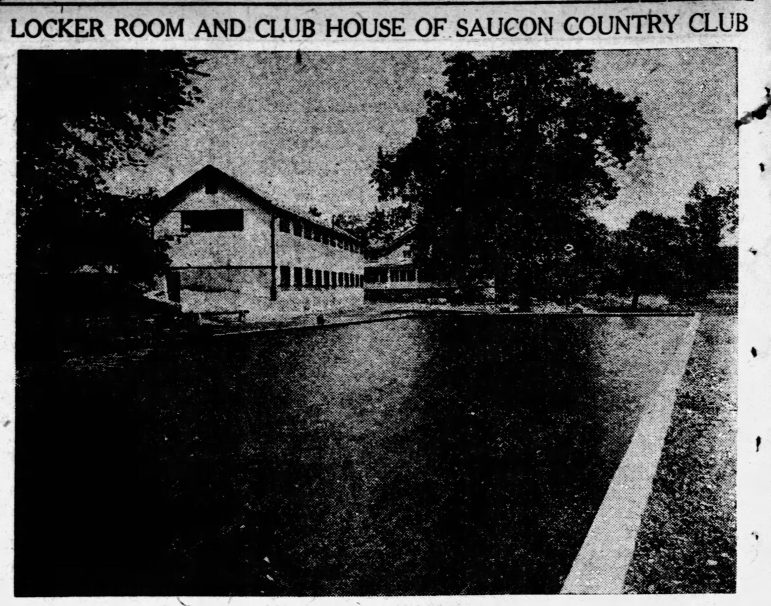 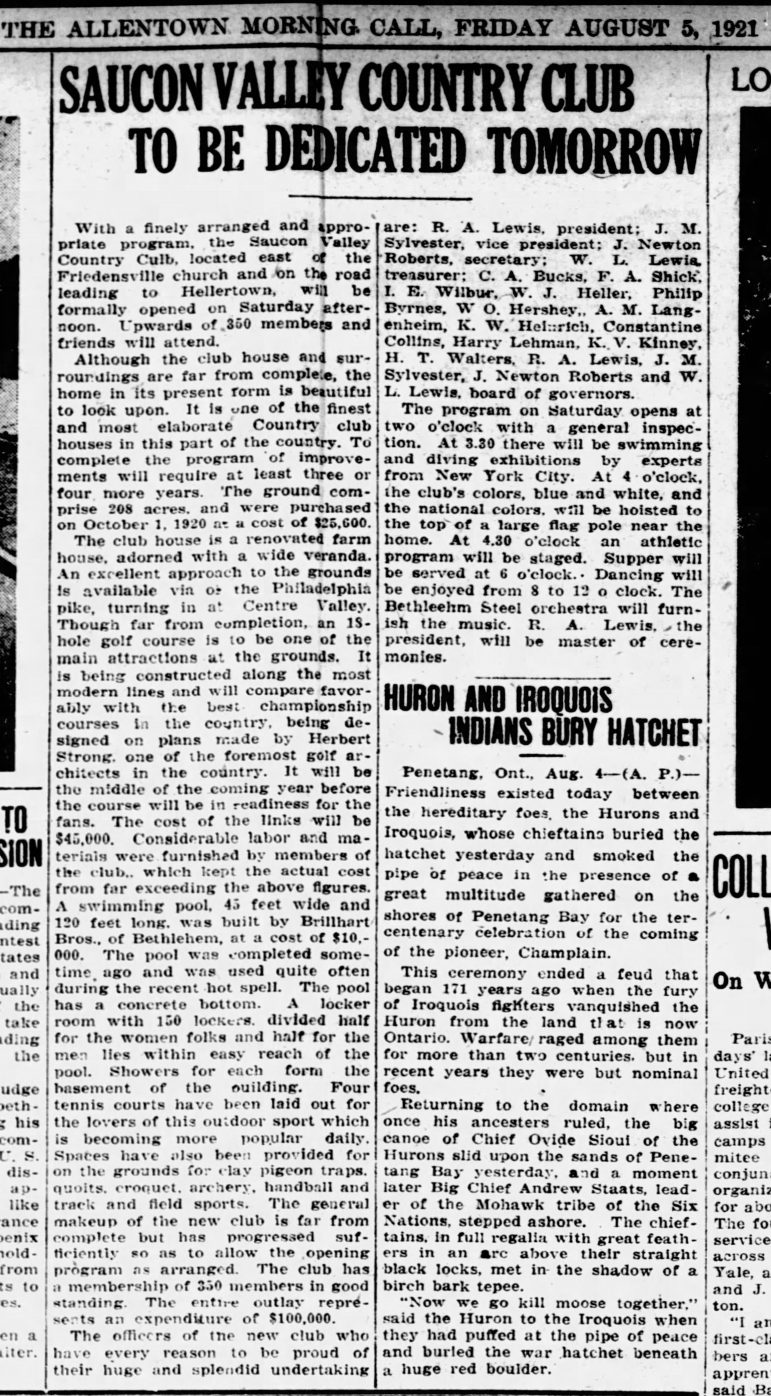 About this column: Olden Days is a Saucon Source series in which we use newspaper clippings in the public domain to highlight Saucon Valley news from days gone by.