A Hellertown woman is facing a number of charges after borough police say she allegedly harassed a neighbor, after being repeatedly warned by police officers not to do so. 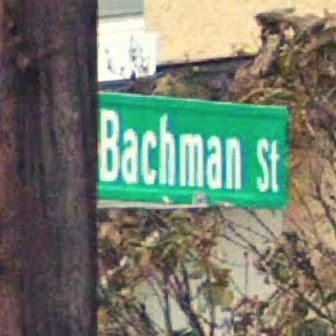 A Hellertown resident was jailed after being arrested three times on charges police say are related to her alleged ongoing harassment of a neighbor.

In the first incident, which allegedly occurred June 2, Caciolo is charged with Misdemeanor 2 Retaliation Against Witness or Victim and Misdemeanor 3 Defiant Trespassing, according to the criminal court docket filed in the case.

Following a second arrest on June 4, Caciolo was charged with Misdemeanor 3 Harassment, according to the criminal court docket filed in that case. In their news release about it, police said Caciolo had “engaged in harassing communication with her neighbor, after prior communications by police had been given that she is not to have any contact with them or go onto their property.”

According to court records, Caciolo was arrested a third time June 6 and faces the following charges as a result of that alleged incident:

Following a preliminary arraignment before District Judge Alan Mege June 6, Caciolo was committed to Northampton County Prison in lieu of $20,000 bail, according to the criminal docket in that case.

On Friday, June 11, her bail was changed to 10 percent of $20,000 by Northampton County Pre-Trial Services, the docket states.

It was not clear whether Caciolo remained in prison as of Monday, but court records stated she was unable to post bail as of June 10, after initially being jailed on June 6.

Caciolo is being represented by attorney Alexander Ward of Ward Law Offices LLC of Easton, per the court docket.

A preliminary hearing in that case is scheduled to be held Wednesday, June 30 at 9 a.m. before Judge Mege in District Court 03-2-04 in Lower Saucon Township, the docket said.

Caciolo is also charged in a September 2020 case filed by Hellertown Police in which she is accused of vandalizing a tenant’s car while it was parked near Whitaker and Bachman streets in August of last year. That case is currently before Judge Abe Kassis in the Northampton County Court of Common Pleas, with a pre-trial conference and bail revocation hearing for Caciolo scheduled to be held this Wednesday, June 16, and criminal court proceedings scheduled to begin July 7, according to the docket.