Note: This article has been updated with new information provided by Lower Saucon Township Police in a Crimewatch post the department published Friday morning.

Lower Saucon Township Police Friday morning said a local man they had been seeking on an arrest warrant for felony robbery and other charges had been apprehended. 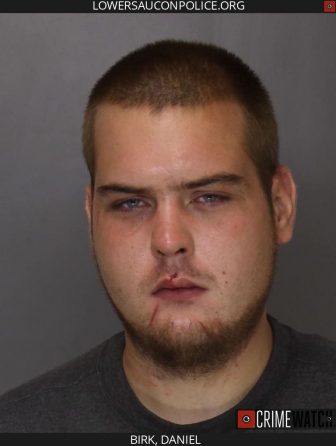 The warrant was for 27-year-old Daniel Birk, who police said was last known to be living in Hellertown.

The warrant, according to police and court records, was for the following charges:

Birk–described by police as a white male who is 5 feet 11 inches tall, with brown hair and hazel eyes–was taken into custody around 5 p.m. Thursday, June 24, police said.

According to police, following his arrest, Birk was incarcerated in Northampton County Prison in lieu of $10,000 bail.

As of Friday morning, a preliminary hearing for Birk had not yet been scheduled, according to the criminal court docket filed in his case.

The docket did not list an attorney for Birk.

Note: All individuals charged with a crime are presumed innocent until proven guilty in a court of law. This story was compiled using information from the Lower Saucon Township Police Department and Northampton County court records.