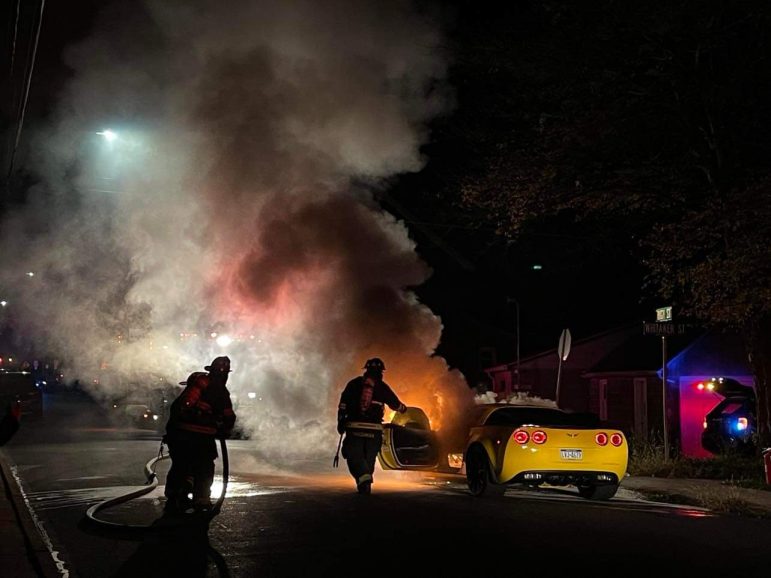 Volunteer firefighters responded to the scene of a car fire on W. High Street near Whitaker Street Sunday night. An eyewitness said the vehicle that caught fire was a yellow Corvette.

A dark, quiet Sunday evening in Hellertown suddenly ended when a sports car caught on fire on W. High Street, with fire and emergency crews responding quickly to the scene.

An eyewitness shared photos with Saucon Source of firefighters who could be seen working to extinguish the burning yellow Corvette with its driver’s side door left open. 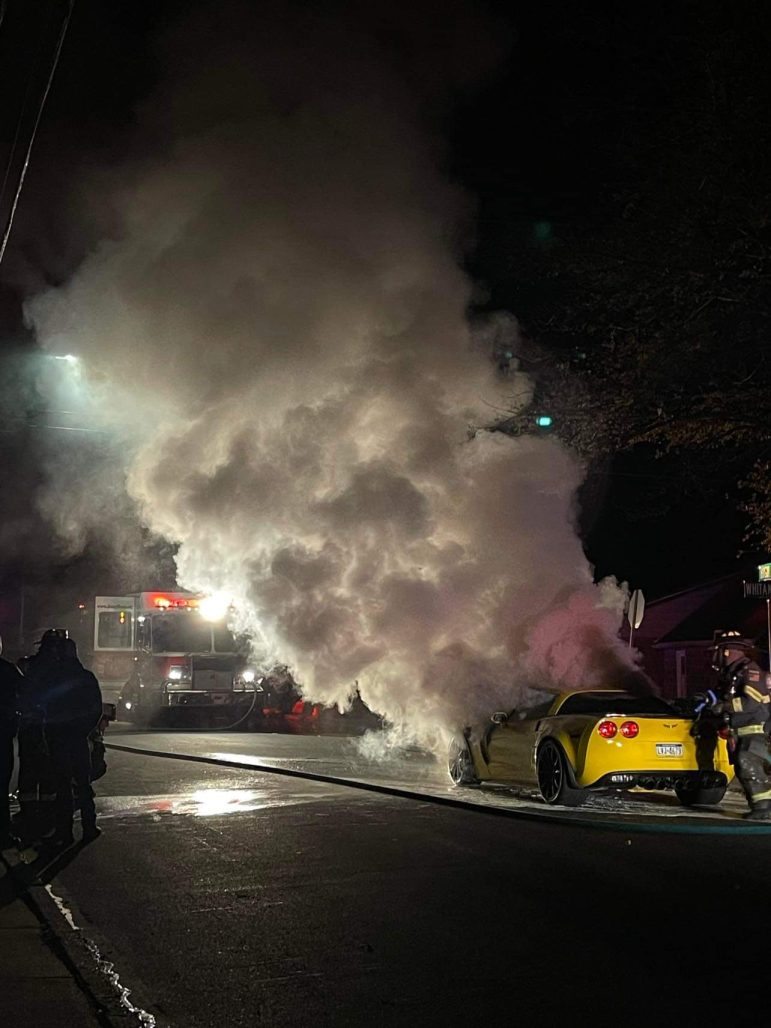 Smoke could be seen pouring from the burning vehicle as fire, emergency and other first responders worked to extinguish the blaze.

According to the witness, the car was engulfed by flames near W. High and Whitaker streets.

There were no immediate reports of injuries related to the fire, and it was unclear what may have caused it.

Note: This is a breaking news story. It will be updated if or when additional information becomes available.