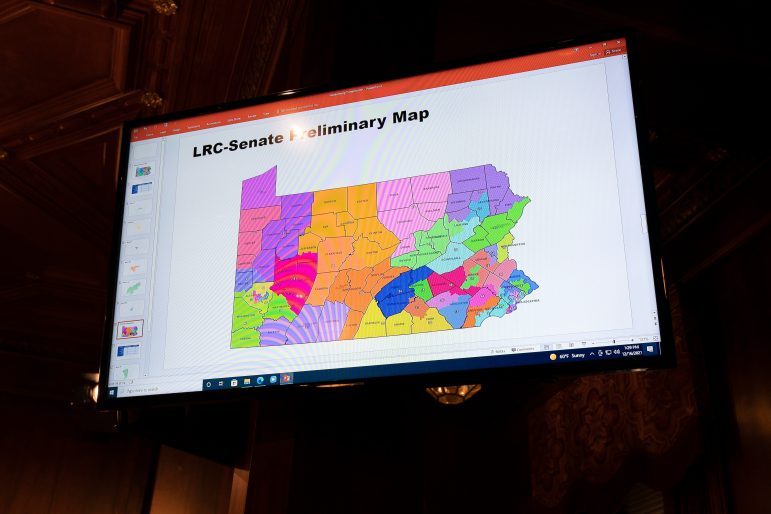 The preliminary Pennsylvania State Senate map passed unanimously during a Dec. 16 voting meeting, unlike the more controversial preliminary House map. The proposed House redistricting would move Hellertown borough from the 136th legislative district to the 131st district, which could have an impact on races such as one involving a borough business owner.

HARRISBURG — A proposed redrawing of the Pennsylvania Senate map would likely keep the partisan composition of the chamber largely unchanged, while improving upon traditional fairness metrics.

The map was created by the Legislative Reapportionment Commission, a five-person panel composed of the top legislative leaders from both the House and Senate and an independent chair.

The senators on the panel, Majority Leader Kim Ward (R., Westmoreland) and Minority Leader Jay Costa (D., Allegheny), said they took the lead on their chamber’s map and worked closely throughout the process. It passed unanimously during a Dec. 16 voting meeting, unlike the contested preliminary House map.

The public has until mid-January to provide feedback online or at meetings. The panel then has 30 days to consider the comments before voting on a final map, which could be challenged in court. The state’s congressional map is created and approved in a separate process.

“There is still work to be done, and I look forward to continuing this process,” Ward said. “This is what you do from morning till night, but it’s been an honor to be able to be part of it and to hear from the public. And a lot of what the public said we took into consideration.”

Unlike the House plan, the proposed Senate map is much friendlier to incumbents. Still, it scores well under the fairness standards as mandated under the state constitution and embraced by the courts.

The Pennsylvania Constitution explicitly lists four requirements for state House and Senate districts: compactness, contiguity, minimal splits and equal population. Here’s how the proposal stacks up on those and other measures:

>> MY MAP: Search now to see your old and new legislative districts

Districts are meant to be compact, meaning as closely and neatly packed together as possible. This is intended to minimize any protrusions that would be isolated from the rest of the district. However, there is no standard baseline of compactness, and neither the Pennsylvania Constitution nor the state Supreme Court has set a standard unit to measure it.

There are two commonly used metrics, however–the Reock and Polsby-Popper scales–and they show the proposed Senate map has an average compactness score, slightly better than the current map. 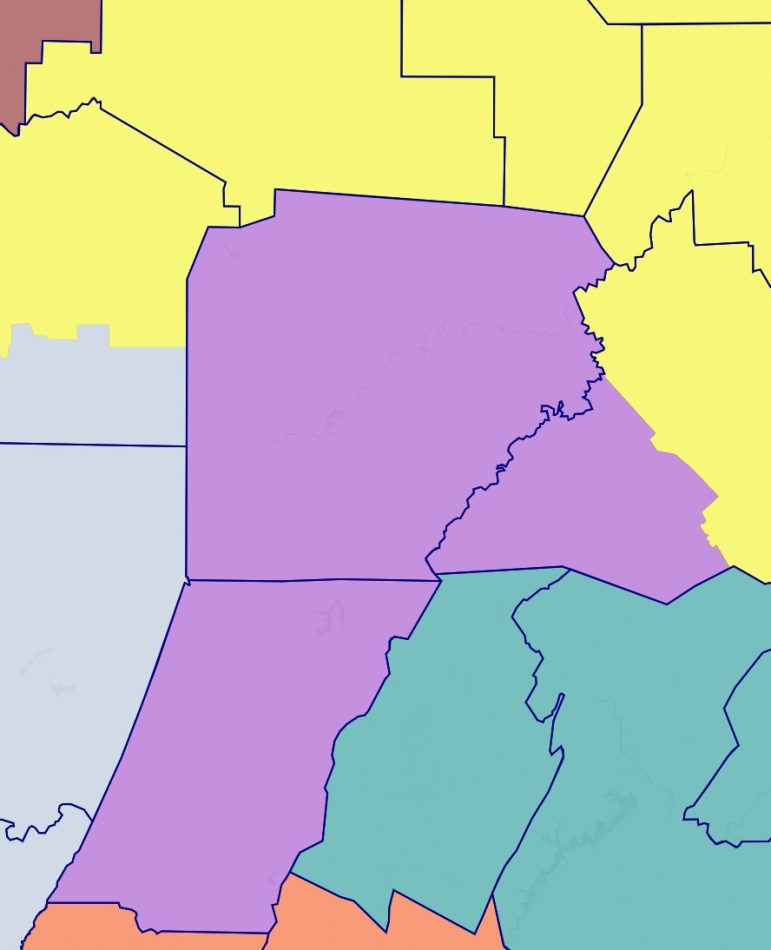 Proposed District 35 (pictured in purple) keeps two counties whole, while only splitting the third county once. The Princeton Gerrymandering Project gave the map an A grade for its minimal county splits.

Contiguity means that all districts are connected to each other and that no piece of a district is detached from the rest. The map fulfills this metric.

The Princeton Gerrymandering Project, a nonpartisan organization that analyzes the district plans of states across the country, gave this map an A grade for county splits. It splits 22 counties 42 times, while the old map split 25 counties over 50 times.

In December, Ward said this might be an area that the panel could improve upon when looking to amend its plan. 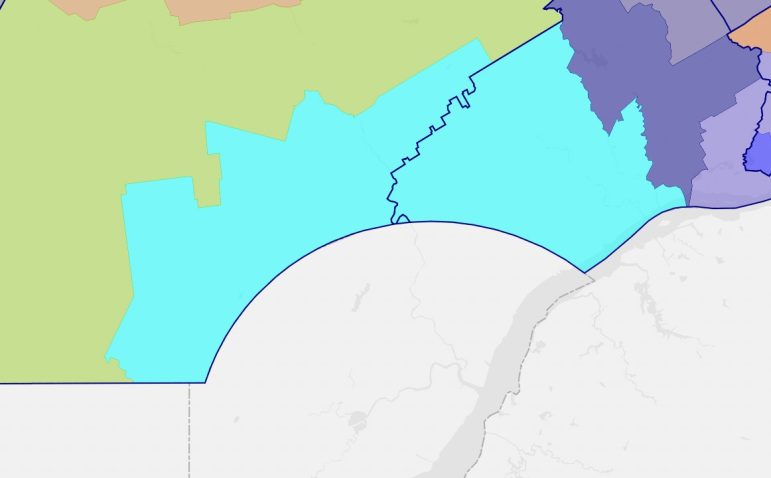 While the proposed District 9 (pictured in blue) crosses county boundaries, it remains compact without any major protrusions.

Each district should have an equal population, though the U.S. Supreme Court has previously established that a deviation of plus or minus 10 percent for the overall map is acceptable.

This plan meets the requirement at 9.59 percent. Mark Nordernberg, the nonpartisan chair of the redistricting panel, said this is a potential area for improvement over the course of the public review process.

Partisan fairness measures whether a map is reflective of the partisan leaning of a state using an amalgamation of metrics.

One such metric is proportionality, or whether the map would produce a group of officials that is reflective of the state’s partisan divide, based on past electoral data. Dave’s Redistricting, a mapping website where users can create and analyze district maps, rated this map “Very Good” in terms of proportionality. The number of Democratic seats that is closest to proportional representation is 26 out of the total 50 seats. According to past election data, the likely number of Democratic seats under this map is 25.

Another metric to consider is the partisan bias of the map, or the difference in seat share between the parties even if each party received 50 percent of the votes. In this case, the Princeton Gerrymandering Project said the map has a 2 percent Republican bias.

The Princeton Gerrymandering Project also looks at the average percentage of votes that a party receives to win a district. While the average should be relatively equal between parties, a higher average percentage indicates that voters could be unfairly spread out or packed into a district. Under the “Packed Wins” metric, the map has a 2.9 percent bias toward Republicans.

Overall, the Princeton Gerrymandering Project gave the map an A grade for partisan fairness, saying that neither party has an advantage.

Competitiveness refers to the number of districts that have a ratio of Democratic and Republican voters that results in neither party’s dominance. Redistricting advocates believe that fewer “safe” districts result in more responsive legislators.

There are six competitive districts in the proposed map, according to the Princeton Gerrymandering Project. The group gave the plan a C grade in this category, calling it “similarly competitive relative to other maps that could have been drawn.”

In an effort to increase the representation of communities of color, which drove Pennsylvania’s growth over the past decade, the Senate map created a new minority-influence district in Lehigh County. That means a district where a minority community has a sizable voting bloc.

“The credit belongs to Majority Leader Ward and her counsel Carlton Logue for envisioning this one,” Nordenberg said.

Overall, the plan improves minority representation compared to the current map. It has four majority-minority districts–those where the majority of the population is from one community of color–one more than currently exists. The map also creates five coalition-majority districts, where a combination of different communities of color constitutes the majority population.