A Hellertown woman is facing misdemeanor charges of simple assault and recklessly endangering another person as well as a summary citation for harassment after police say she assaulted her boyfriend inside a moving vehicle with two young children inside it.

According to an affidavit of probable cause filed by the arresting Hellertown officer in Northampton County District Court in Lower Saucon Township, 29-year-old Destiny Marie Diaz-Garcia claimed it was she who had been assaulted when police responded to the scene of a reported hit-and-run accident at Main and Durham streets Jan. 10. 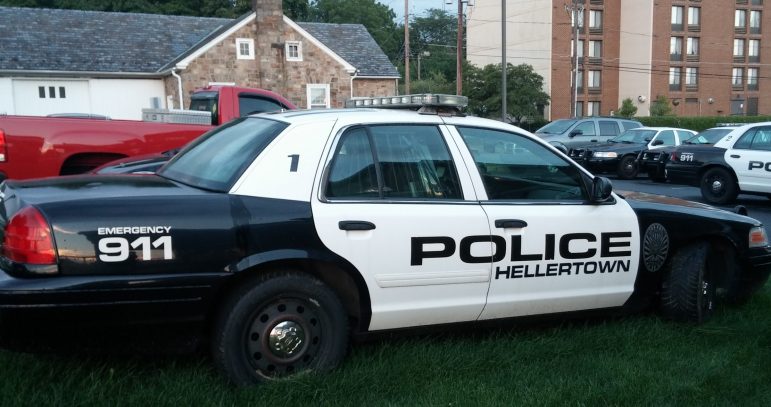 The affidavit stated that there had been no hit-and-run crash, and that in fact the red Honda in which Diaz-Garcia had been a passenger had struck a curb.

The driver of the vehicle, who police identified as Diaz-Garcia’s boyfriend, had already left the scene and the responding officer said he observed “a red mark on (her) left cheek area, but no bruising or swelling.”

Diaz-Garcia declined medical treatment and the officer said he subsequently spoke to one of two small children who were in the vehicle’s back seat.

According to the affidavit, the 7-year-old who was interviewed “demonstrated the punches and kicks” that Diaz-Garcia allegedly inflicted on her boyfriend.

The arresting officer wrote in the affidavit that “it was not until somewhat later” that he was able to speak to the victim of the alleged assault, who told him that he was driving when he had to brake suddenly, which “caused (Diaz-Garcia’s) head to bang off of the glove box area as she was bent over in the front passenger seat at the time.”

“(Diaz-Garcia) then struck the victim, causing blood to come from his nose, and then struck and kicked the victim when he pushed her away,” the affidavit said.

Several hours after the alleged assault occurred, the officer said he was able to “observe some swelling to the victim’s nose.”

According to the affidavit, the man told the officer Diaz-Garcia “continued to strike him and kick him while the vehicle was in motion and caused his vehicle to go up and over the curb.”

Police said the man claimed he left the scene of the 4:05 p.m. accident “due to (the) fact that he wanted to get away from (Diaz-Garcia).”

The case docket filed by the district court indicated that as of Thursday, Diaz-Garcia’s preliminary arraignment on the charges had not yet been held.

Note: All individuals charged with a crime are presumed innocent until proven guilty in a court of law. This story was compiled using information from Hellertown Police and Northampton County court documents.