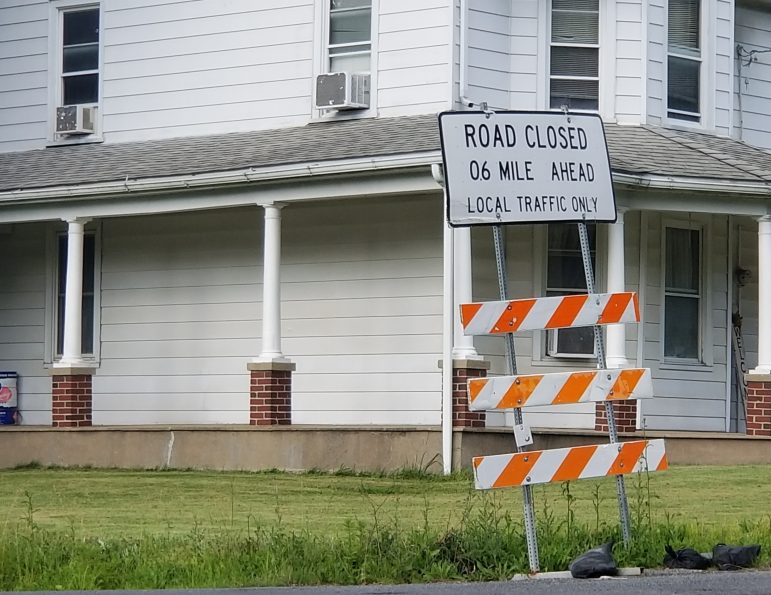 A sign at Lower Saucon and Wassergass roads alerts motorists to the bridge closure on Lower Saucon Road near Alpine Drive. After more than two years of detours, township officials say that its replacement could be open as early as the fall.

For some Lower Saucon Township residents travel within the township continues to be a woeful tale of two bridges, but for some there is a finally a light at the end of the…bridge.

For residents who live along or near a section of Lower Saucon Road that currently dead-ends at a closed bridge near Alpine Drive, it has been a long two-plus years since barricades went up to enforce the closure.

After some planning stage delays, however, the good news is that a timeline for replacing the aged span is now in place.

On Tuesday, township officials confirmed that the bid for the Lower Saucon Road bridge replacement project has been awarded to general contractor DESCCO Design & Construction of Fleetwood, Berks County.

A narrow two-lane bridge on Lower Saucon Road near Alpine Drive in Lower Saucon Township has been closed since March 2020. Township officials said earlier this week that a bid for constructing a replacement span has been awarded to a Berks County contractor, and that the new bridge could be open by this fall, barring any unforeseen delays.

In an email update that included information about several other projects that are under way or in the planning stages in the township, officials said the precast culvert that will divert a Saucon Creek tributary under the new span is “expected to be delivered around the first week in September.”

“The goal is to have the culvert in place by Oct. 1 and the road reopened thereafter,” the update said. “If this date cannot be met due to unforeseen circumstances, the installation may be pushed to Spring of 2023.”

The Lower Saucon Road bridge is owned by the township, and since it closed following an inspection in March 2020, local traffic detours have been in place on either side of it. 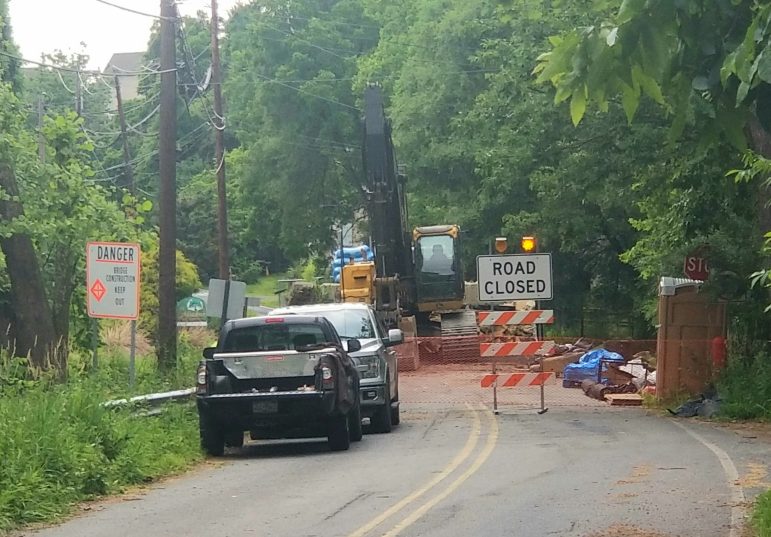 Construction equipment and other vehicles are parked at the site of the Meadows Road bridge demolition project in Lower Saucon Township. The historic, county-owned bridge is being removed due to deterioration and damage it sustained over a number of years. A replacement span isn’t likely to be built for at least several years, officials have said.

In other bridge-related news out of Lower Saucon Township, demolition of the historic, Northampton County-owned Meadows Road Bridge near Rt. 412 has begun.

Although the bridge was added to the National Register of Historic Places in September 2020, significant damage that occurred following its closure to traffic in April 2018 led county officials to declare it unsalvageable last year.

Other factors that may have influenced the decision to demolish the 1858 bridge include:

A replacement span will eventually be constructed in the area where the Meadows Road bridge–which spans the Saucon Creek south of Hellertown–is currently being dismantled.

According to a Morning Call article about the bridge demolition in which the county’s director of public works is quoted, work on the replacement is unlikely to begin before 2024.

The newspaper reported that the demolition of the Meadows Road Bridge is costing an estimated $164,000.

In a June 17 email update about the demolition, township officials said the removal work would begin on the eastern side of the bridge before switching to the western half, with the entire project expected to take approximately two weeks to complete.

Anyone who resides in the area of the bridge is being told to avoid the work zone and park their vehicles where they won’t obstruct any equipment that is needed at the site.

For other updates on township projects visit the Lower Saucon Township Facebook page. 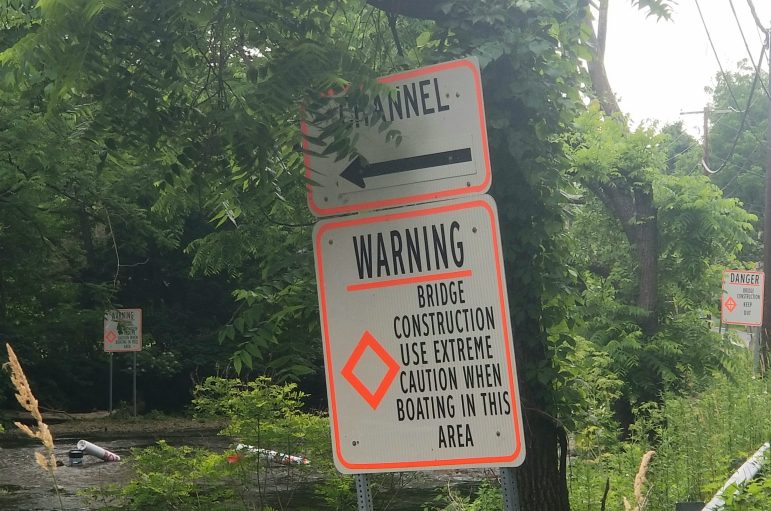 A sign posted along the Saucon Creek just south of the Meadows Road bridge advises boaters and other passers-by of the bridge demolition that is currently taking place.