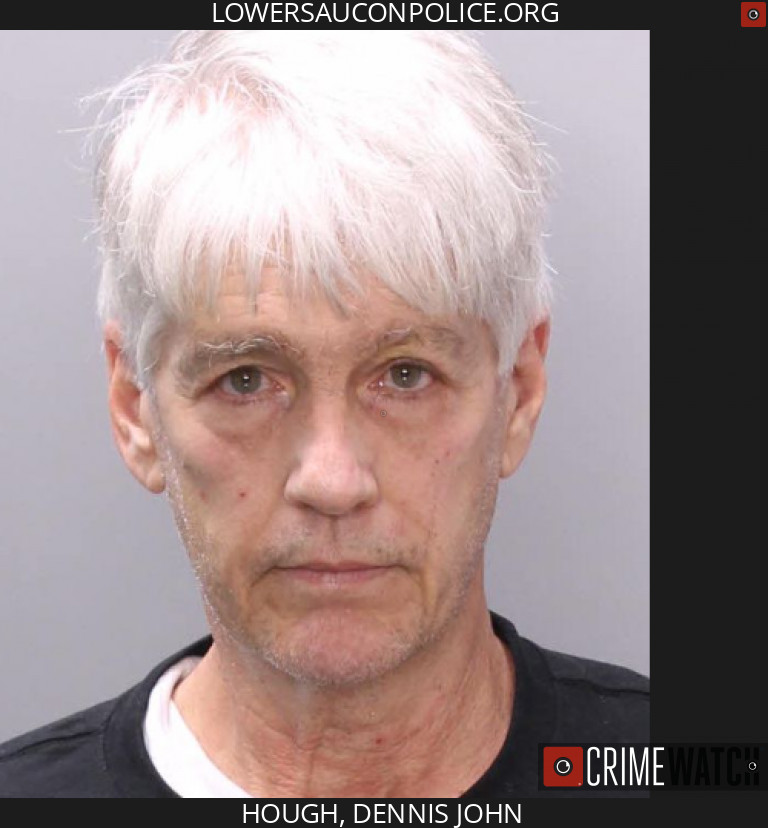 Dennis John Hough, 65, of Lower Saucon Township, has been charged in connection with alleged threats made to U.S. Rep. Scott Perry (R-10), who represents parts of central Pennsylvania in Congress.

A 65-year-old Lower Saucon Township man has been charged with threatening a U.S. Congressman from central Pennsylvania, according to police and court documents.

According to a police Crimewatch post and a criminal complaint filed in Northampton County District Court 03-2-04, Dennis John Hough of the 1800 block of Leithsville Road was charged last week with Terroristic Threats with Intent to Terrorize Another (Misdemeanor 1) and Threats and Other Improper Influence in Official and Political Matters (Misdemeanor 2).

The complaint filed by the arresting officer said the alleged threats came to light after a call was received from the security detail for Rep. Scott Perry (R-10)–who represents a district that includes the cities of Harrisburg and York–at approximtately 5 p.m. June 24.

The affidavit of probable cause included in the complaint said the investigation by Lower Saucon Police officers began after the law enforcement supervisor for Perry’s security detail relayed a “direct threat” he said had come from Hough.

According to the affidavit:

Perry has been in the national spotlight recently for his alleged involvement in efforts to overturn the results of the 2020 presidential election, which are under scrutiny by a U.S. House Committee investigating the Jan. 6 insurrection that occurred at the U.S. Capitol.

Perry was subpoenaed by the Jan. 6 House Select Committee last month for his alleged involvement in those efforts, and a witness testifying before the committee testified last week that Perry was one of several members of Congress who requested pre-emptive pardons from then-president Donald Trump after the riot; an allegation he has denied.

“As a very serious security threat for (Congressman) Scott Perry, his law enforcement team contacted Lower Saucon Township Police to investigate and attempt to make contact with the defendant,” the arresting officer explained in the affidavit.

The officer said that once it was confirmed that the threat was “legitimate,” that Hough was the suspect and that Perry’s representatives wanted him to be charged, officers made phone contact with Hough and he agreed to meet them outside his home.

When officers met Hough shortly thereafter, they said he was “cooperative and stated that he was the individual who made the phone call.”

Additionally, in the affidavit police said that after listening to a recording of the call, Hough allegedly confirmed that it was his voice heard on it.

He was then placed under arrest, court papers said.

According to the docket filed in the case, Hough’s preliminary arraignment was held on the evening of June 24 before Northampton County District Judge Daniel G. Corpora, who released him on $10,000 unsecured bail.

A preliminary hearing for Hough is scheduled to be held Wednesday, July 6 at 9 a.m. before District Judge Alan Mege in Northampton County District Court 03-2-04, according to the docket, which as of Wednesday did not list an attorney for Hough.