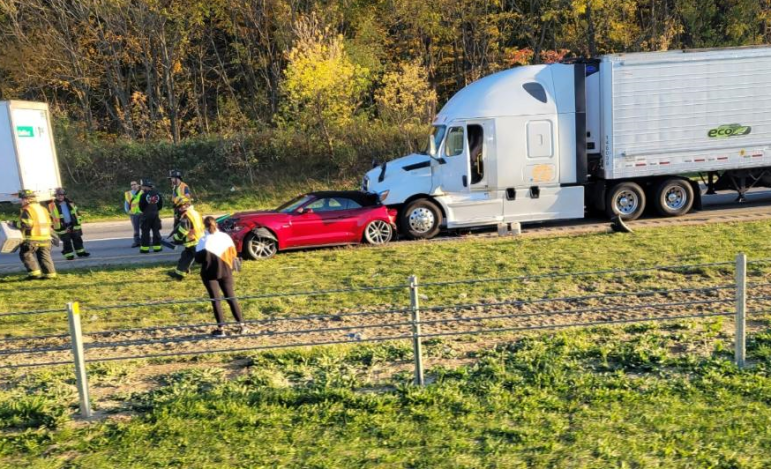 A photo of the accident scene shows the front end of a tractor-trailer crashed against the rear end of a small convertible. The wreck happened on I-78 east just past the Hellertown (Rt. 412) exit, according to the witness who took the photo.

Friday evening’s commute became slow and difficult for many motorists on I-78 eastbound following a crash involving a tractor-trailer just east of the Rt. 412 exit.

Photos taken at the scene by a witness showed the front of the tractor-trailer embedded in the back of a convertible along the left side of the eastbound lanes near Hellertown.

The witness said numerous local fire companies as well as several ambulance squads were at the crash scene.

It was unclear if there were any injuries that resulted from the accident.

Pennsylvania State Police at Belfast are responsible for accident investigations along the portion of I-78 in Lower Saucon Township, Northampton County, where the crash occurred. 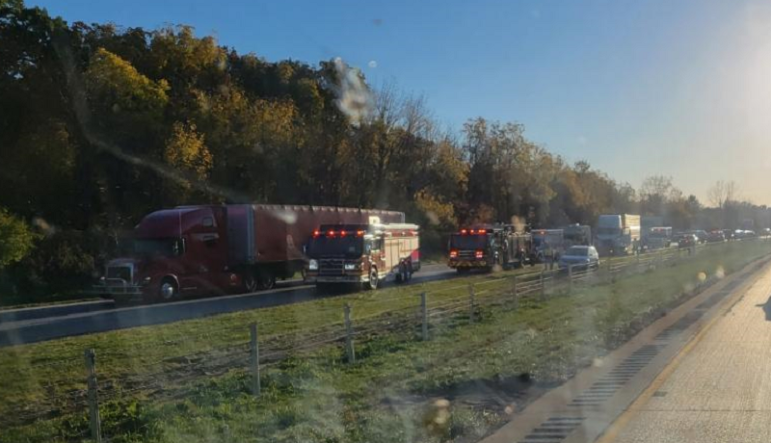