Lower Saucon Township Police said Thursday that they are investigating two different reports of suspicious activity, one of which occurred in late September and was previously publicized by the department.

In that incident–first publicized on Crimewatch Oct. 13–police said patio chair covers were removed and a window damaged at a home in the 1800 block of Apple Tree Lane.

Security footage filmed outside the residence shows a man walking toward the rear of the home, but that individual remains unidentified, police said Thursday.

Anyone with information about the man or the incident is being asked to contact the department by callign 610-759-2200 or submitting a tip via LSTPD’s Crimewatch site.

In a separate incident which reportedly occurred at 12:30 p.m. Nov. 29, police are asking for help identifying a man who walked up to the front door of a home on Railroad Lane, rang the doorbell, knocked and then left.

A post on the Crimewatch site included a photo of the unidentified man.

Many residents are on edge in the wake of several burglaries and other incidents under investigation by police that have recently taken place, particularly in some of the upscale neighborhoods located in western Lower Saucon Township.

Earlier this week, police said they were investigating two recent break-ins on O’Brien’s Court, and said that they could be linked to a burglary and another suspicious incident that were reported last month, as well as incidents in nearby Upper Saucon Township. 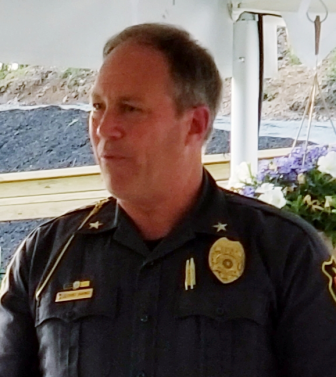 On Thursday, township officials took the unusual step of releasing a letter from Police Chief Tom Barndt, in which residents were reminded to take common-sense precautions to “be vigilant at all times” and safeguard their properties “due to an increase in burglaries in the area.”

The safety tips highlighted in the letter that went out via email included:

Barndt’s letter specifically encouraged residents to notify the department of their upcoming trips, regardless of whether they will be away for “two days or a week.”

The letter also indicated that some residents “are looking to hire private security to watch their neighborhoods or residences.”

The letter concluded with a reminder to residents to report all suspicious activity to police by calling 911 or the Northampton County non-emergency dispatch line: 610-759-2200.