Lower Saucon Township Police say they are investigating the theft of two political campaign signs from a property in the 2300 block of Wassergass Road.

According to a post on the department’s Crimewatch page Tuesday, the signs were reported stolen sometime between 9 a.m. and 12:30 p.m. Friday.

The estimated value of the signs is $25, police said.

Anyone with information about the stolen signs is asked to contact the Lower Saucon Township Police Department via their anonymous online tip line or at 610-317-6110.

Political sign thefts and/or vandalism involving yard signs or flags has recently been reported in the following nearby municipalities:

In some cases, home video surveillance footage is being used by law enforcement authorities to help apprehend the suspects in cases involving stolen or damaged signs. 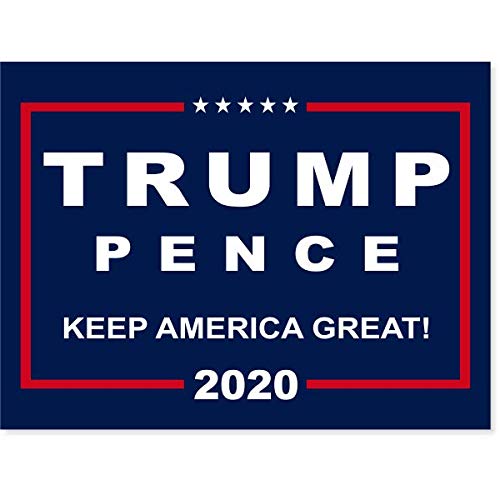 An example of a 2020 Trump-Pence campaign sign. (Note: This is not a photo of one of the signs that were stolen.)