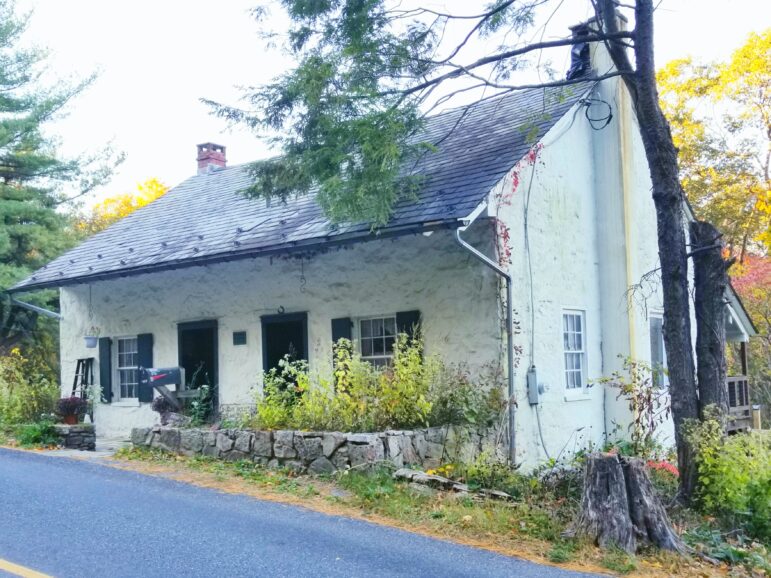 Schambacher’s Tavern on Hawk Mountain in Albany Township, Berks County, was built on the site of an earlier cabin that was the scene of a deadly 1756 raid on early settlers.

Fall is the perfect time of year for a hike at the beautiful nature preserve at Hawk Mountain Sanctuary. It’s considered one of the best places to see fall foliage and the fall hawk migration. It is also considered to be one of America’s most haunted places.

Part I: The Dark History of Hawk Mountain

Hawk Mountain Sanctuary in Albany Township, Berks County, is located on Kittatinny Ridge on what was sacred ground to the Lenni-Lenape Indians in that area. In 1756, they slaughtered the Gerhardt family, who lived in a cabin on the hill. The lone survivor of the brutal attack was their 11-year-old son Jacob, who incredibly returned to the site sometime around 1793 and built a new home where his family’s old one had been.

In 1850, Matthias Schambacher took possession of the two-room dwelling and established it as a tavern for travelers who were heading to the as yet unsettled north. Stories quickly began to circulate of disappearing traveling salesmen, of locals hearing screams and moans coming from the barn and of people being chased away from the property by a bloody hatchet-wielding Schambacher, who was also reported to have been seen scrubbing blood off of the barn walls. Adding fuel to the rumors was the fact that Schambacher (whose name is sometimes spelled “Schaumboch” or “Schamboch”) would come to town selling clothing and other items. According to one story, a merchant who was selling Civil War uniforms disappeared and a few days later Schambacher was seen selling the same items. The merchant was last seen at Schambacher’s tavern. 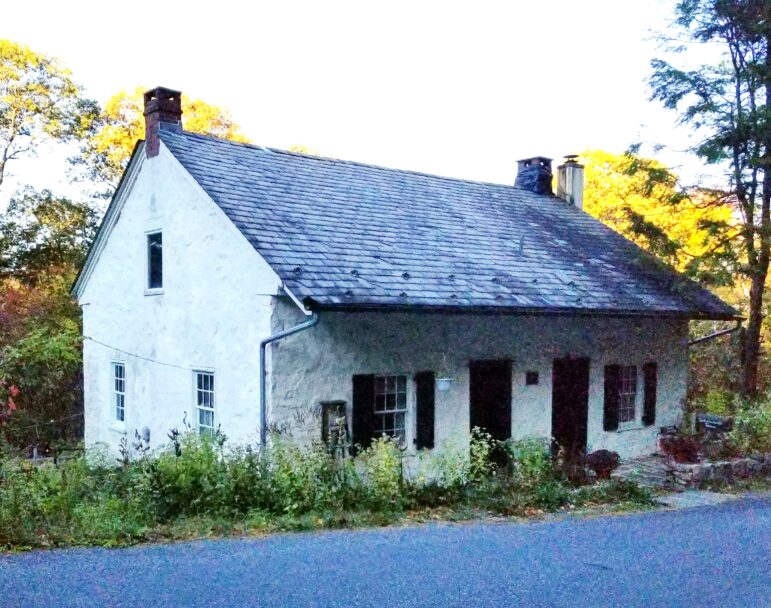 One of the oldest buildings in the area, Schambacher’s Tavern in Albany Township, Berks County, was build around 1793. In 1850 it was turned into a wayside tavern for travelers passing over Kittatinny Ridge on their way to points north. Today the property–which is listed on the National Register of Historic Places–is a private residence for Hawk Mountain employees.

Schambacher died in 1879 at age 55 after a mental breakdown. He is alleged to have made a deathbed confession to murdering at least 11 travelers to his inn, saying that he robbed and killed them, then chopped them up and put parts of them down a well and parts of them in the woods for the animals to get rid of. He claimed to have been driven to madness and murder by a voice whispering in his ear, telling him to commit the acts, and believed there was a great evil in the mountain. He is buried in New Bethel Union Cemetery in Kempton, not far from Hawk Mountain.

The next inhabitants of the tavern were William Turner, his wife and their eight children. According to old records found in the tavern, the Turners found human remains in the three wells on the property.

Stay tuned for Part II: The Ghosts of Hawk Mountain

Ellen Flynn is a writer and amateur historian of haunted places, which she has explored via her Facebook page, Creepy Lehigh Valley. With her husband Tom, she co-owns The Art Establishment, a community art studio and gallery in Fountain Hill. Click here to read more of Ellen’s stories on Saucon Source. Listen to our recent podcast interview with Ellen here and on iTunes, Spotify, Amazon Music, Stitcher, TuneIn, iHeartRadio and Google Play. Search for “No Rain Date,” and don’t forget to subscribe for more great local news and interviews! 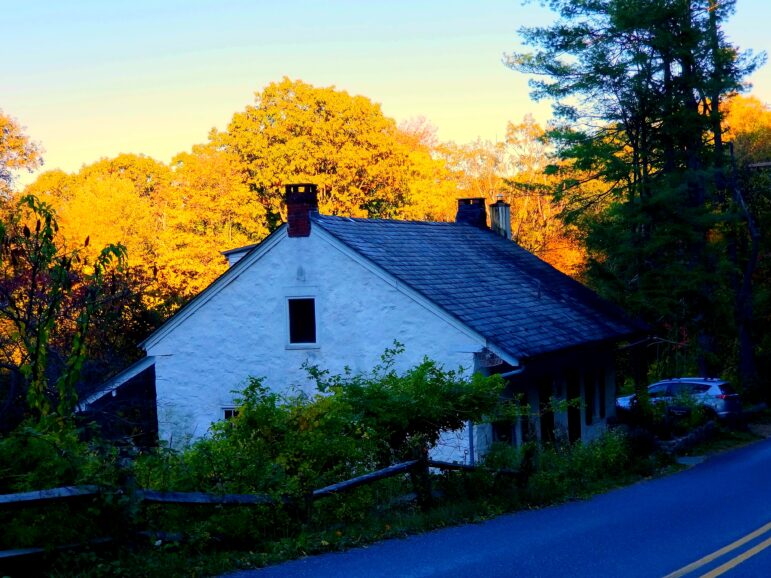 As the sun sets behind Hawk Mountain, Schambacher’s Tavern is cast in shadow. The lighting seems appropriate given the building’s dark history.