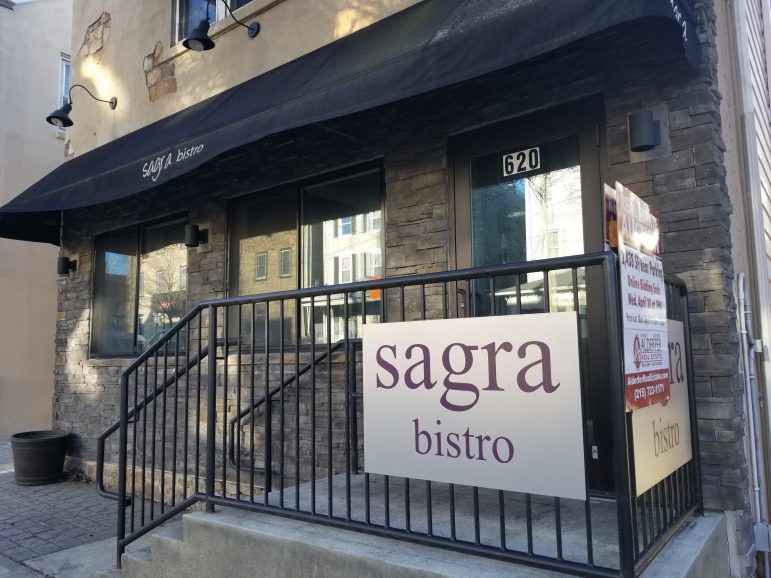 Sagra Bistro was a popular restaurant located at 620 Main Street in Hellertown until it closed in August 2019. The eatery was known for signature menu items like its Bubble Burger. It also offered a full bar menu.

A commercial property in the heart of downtown Hellertown that’s been vacant for more than a year-and-a-half is scheduled to be sold at auction later this month.

The building at 620 Main Street formerly housed Sagra Bistro, a restaurant which closed in August 2019.

According to the website for the auctioneer, Sanford Alderfer Real Estate, the property is currently bank-owned.

As of Friday, a Borough of Hellertown Code Enforcement office violation sticker was visible affixed to a front window. Dated Sept. 14, 2020, the notice of violation was issued for “Tall Grass & Weeds.”

Northampton County property records list the owner of the building as Univest Bank & Trust Co. of Souderton, Pa. According to the records, the bank took ownership of the property from Sagra Enterprises LLC on March 18, 2021 in exchange for $4,913. 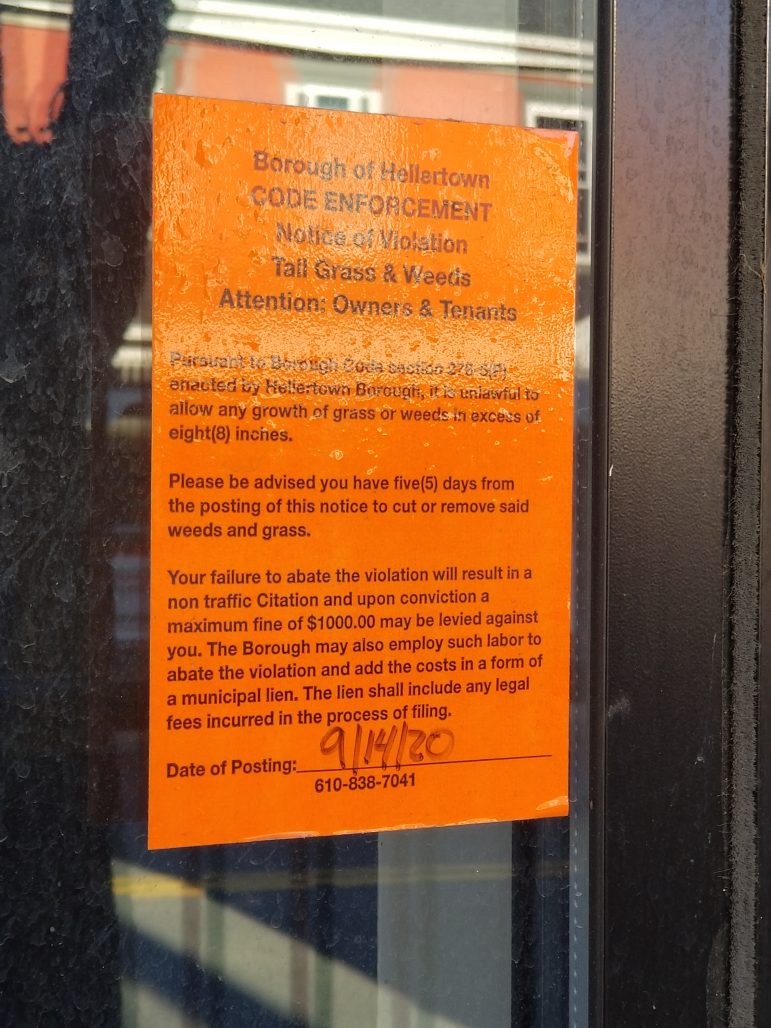 A notice of violation for tall weeds and grass issued by the Hellertown borough code enforcement officer last September was still affixed to a front window at 620 Main Street on Friday.

The two-story building is approximately 2,400 square feet in size and restaurant equipment as well as furniture and fixtures will be included in the sale, the listing said.

The building is located in the borough’s Town Center (TC) zoning district, which makes it suitable for a variety of uses.

The lot the building occupies is .13 acres in size an includes 12 off-street parking spaces behind it, according to the auction listing.

For more information about the auction, visit the Sanford Alderfer Real Estate site.

There have been a number of business developments in the borough’s downtown in recent months, in spite of the economic challenges many business owners have faced over the past year.

In January a nutritional shake shop called The Vibe Nutrition opened in the 600 block of Main Street, and last week the opening of a new halotherapy center on W. Water Street was announced. Maple Street Woodworking also recently opened on W. Water Street.

One business closure that recently occurred in downtown Hellertown was by Lloyd Tactical, a gun shop that was located at 766 Main Street until it closed in late December. 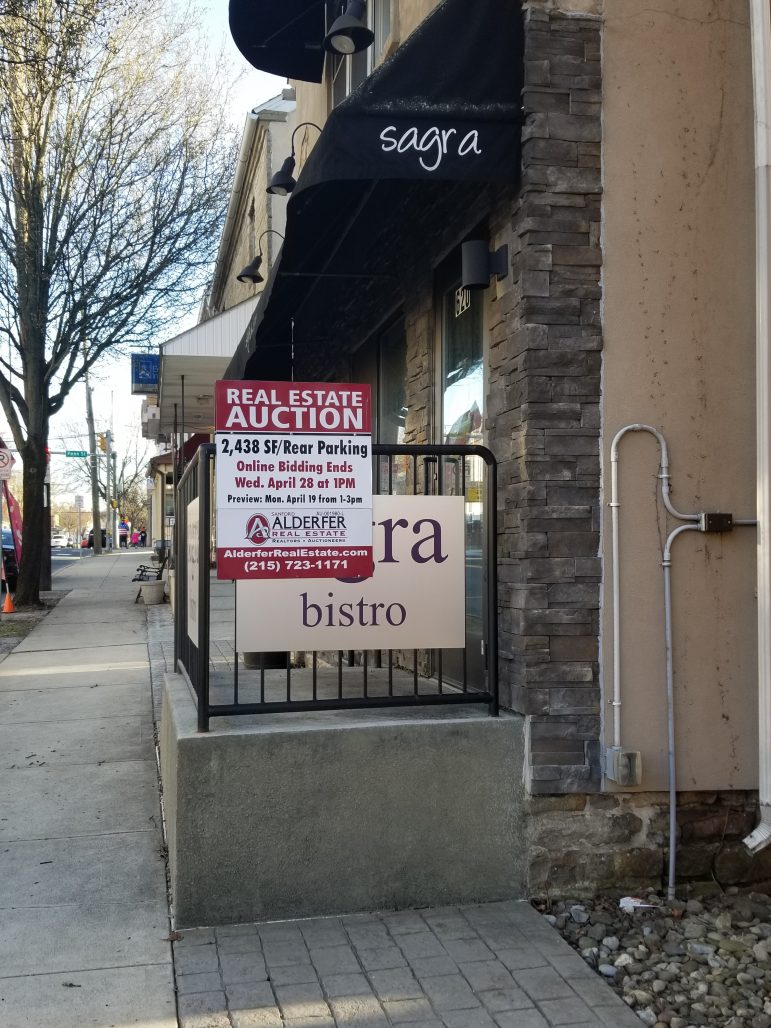 A sign advertising the upcoming real estate auction is attached to the railing of the former Sagra Bistro at 620 Main Street in Hellertown.