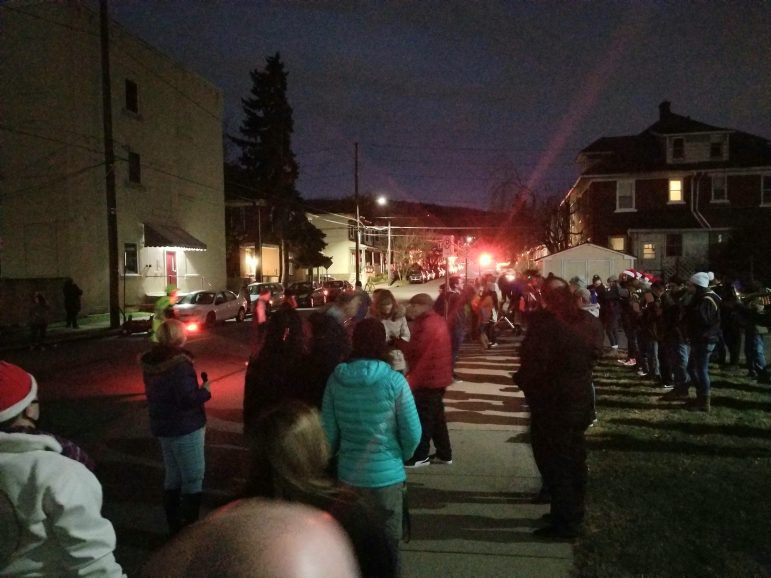 Attendees at the Fountain Hill Tree-Lighting Ceremony watch as Santa’s fire truck escort brings him down Cherokee Street. The ceremony was held at the borough Christmas Tree, which is located opposite the fire company’s station.

With his arrival perfectly-timed to the strains of ‘Good King Wenceslas’ as performed by the Broughal Middle School band, Santa Claus made his way down Cherokee Street on a Fountain Hill fire truck to greet borough residents at their tree-lighting Sunday.

More than 100 people gathered outside Borough Hall, across from the fire company, to witness the King of Christmas’s arrival from the North Pole amid a cacophany of sirens.

But before that, they were dazzled by the illumination of the tree, which was festooned with vintage-style colored lights and topped by a large yellow star.

Borough council member Jamie Johnson thanked the borough’s public works department for decorating the evergreen, which can be admired at 941 Long Street.

Johnson also encouraged residents to enter the borough’s holiday decorating contest, which will reward some of the community’s most handsome holiday homes. 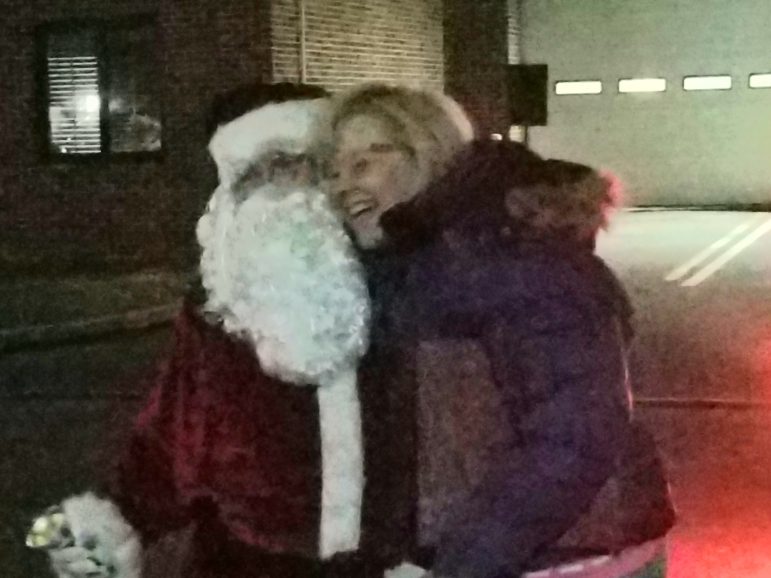 Fountain Hill borough council member Jamie Johnson gets a hug from Santa. Johnson emceed the ceremony outside Borough Hall, which included both the tree-lighting and Santa’s arrival on a fire truck. Afterward, everyone was invited inside the building for refreshments and photos with Santa.

Saucon Source is also sponsoring a holiday lights contest and tour, which is open to residents of Lehigh, Northampton and upper Bucks counties. Click here to enter it.

On hand to offer a benediction at the conclusion of the 15-minute outdoor ceremony was Pastor Rick of The Joy Center of Fountain Hill; a congregation that was formed via the recent merger of Epic Church at 1205 Broadway with New Waters Church in Lower Saucon Township. The newly-merged church will worship at the Broadway location, where a candlelight service will be held on Christmas Eve at 6 p.m.

After the prayer, everyone present was invited inside Borough Hall for hot dogs and other refreshments, as well as the opportunity to share a wish list with Santa.

Residents of the borough can also look forward to the fire department’s annual “Operation Santa” later this month. 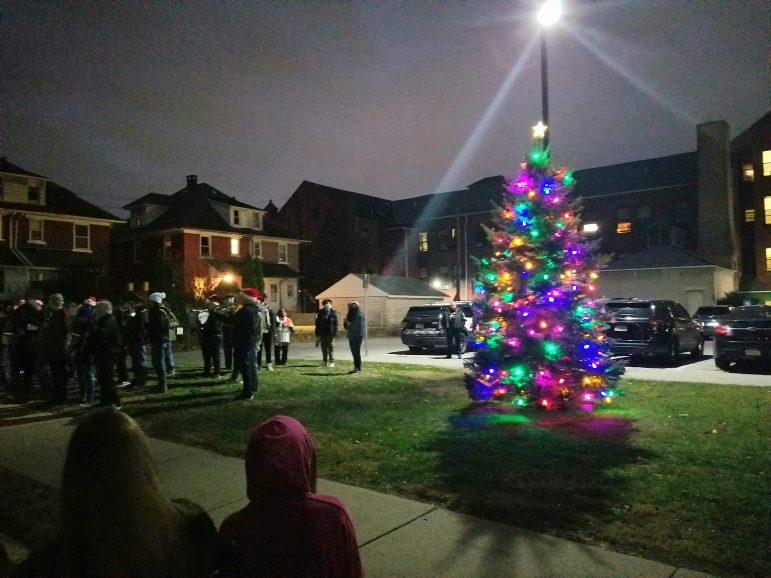 The borough’s Christmas Tree lights were turned on following the traditional countdown. 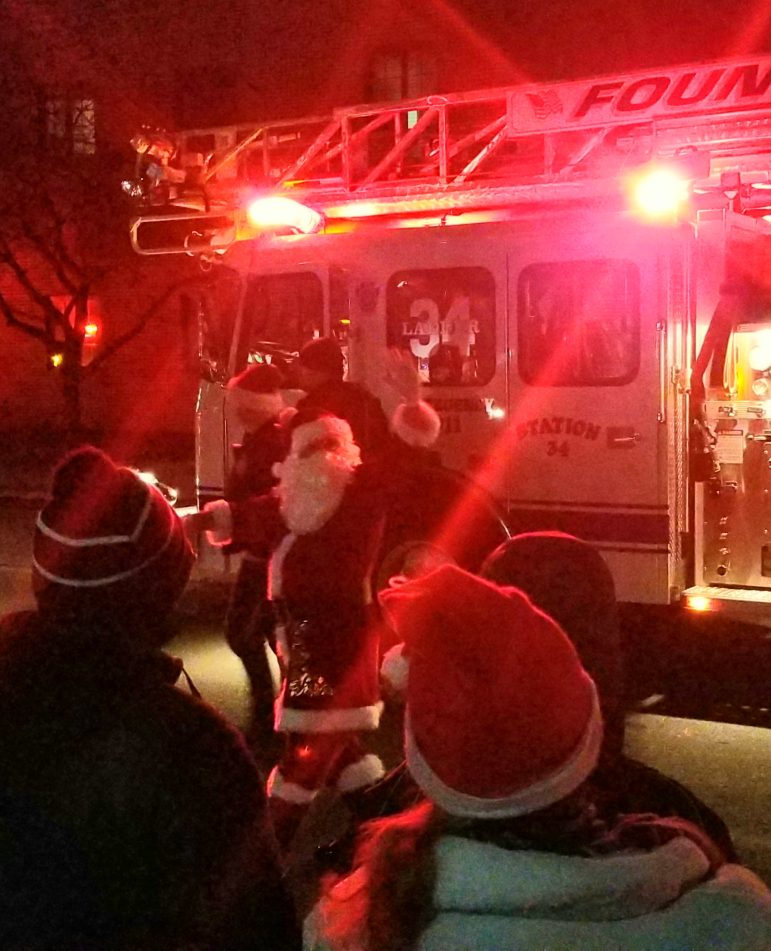 Santa waved and rang his bell as he disembarked from the fire truck that carried him to the ceremony. 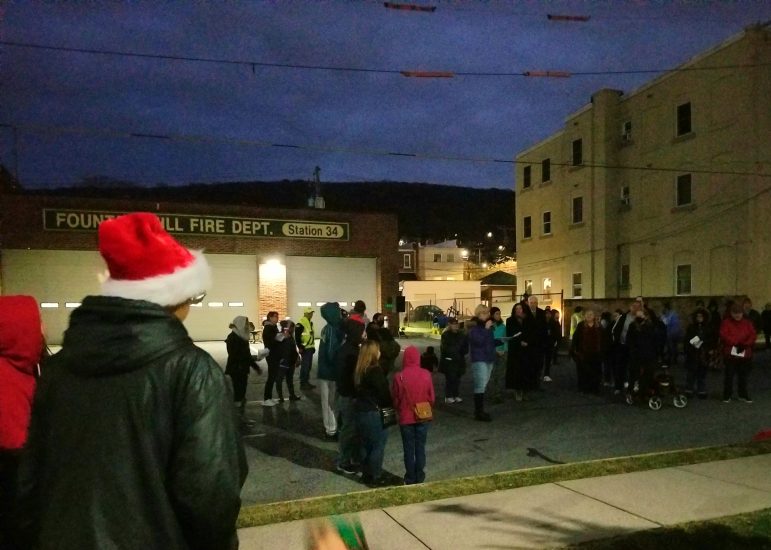 The weather was ideal for the outdoor event, with just enough of a chill in the air to make it feel like the holidays. 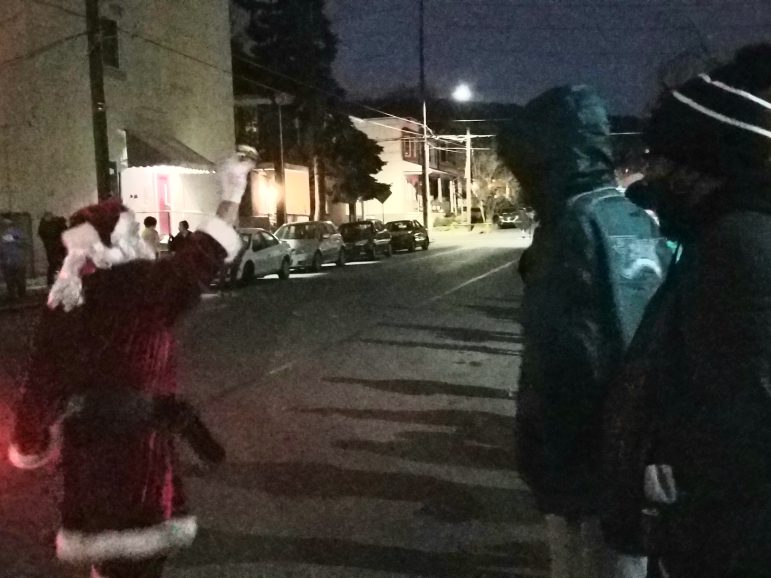 Santa greets his fans in Fountain Hill with a wave of his bell. 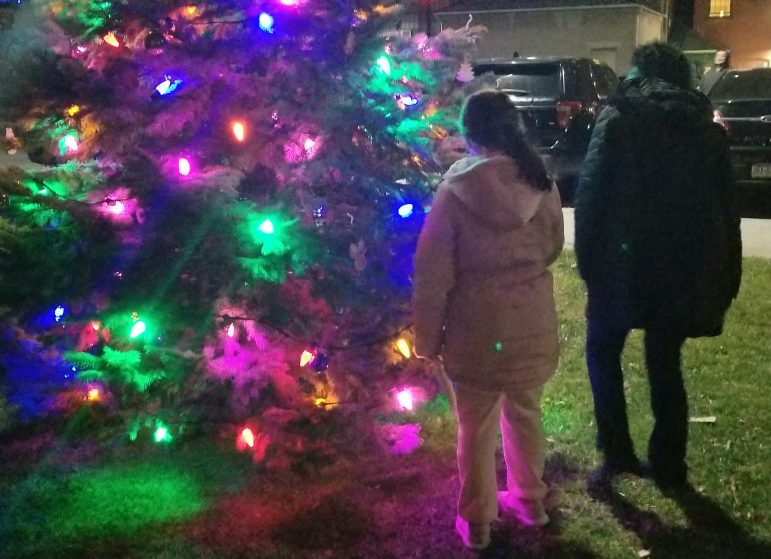 The colorful lights of the Fountain Hill Christmas Tree help distinguish it from many of the trees in other communities, which are decorated with white lights. 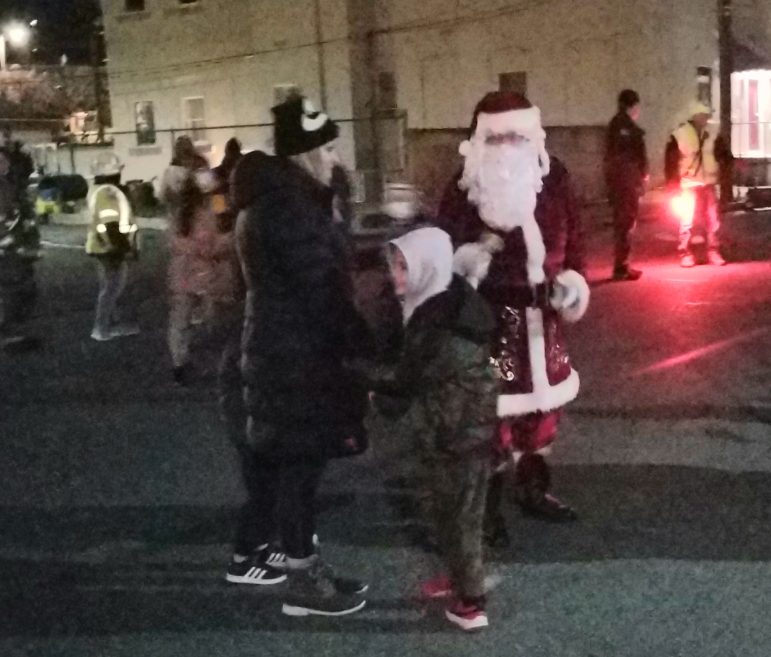 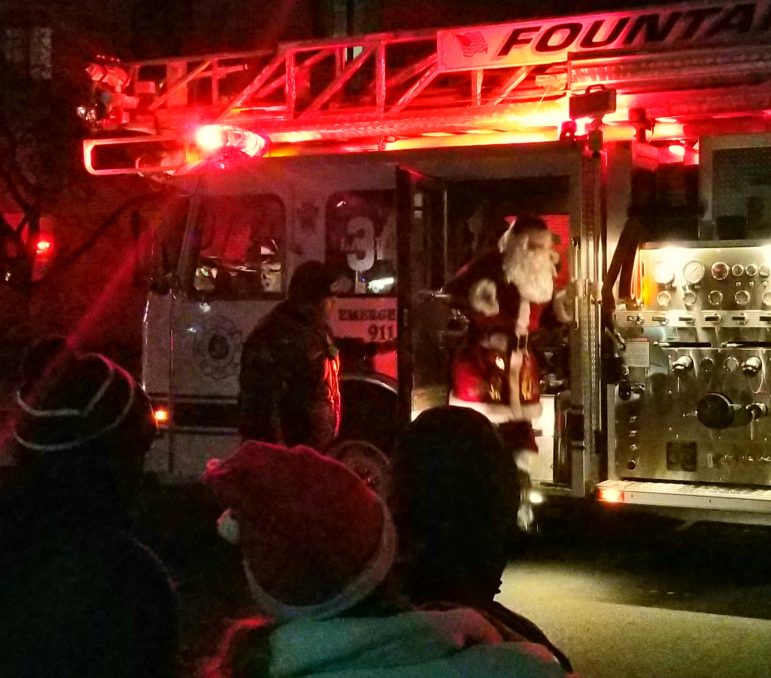 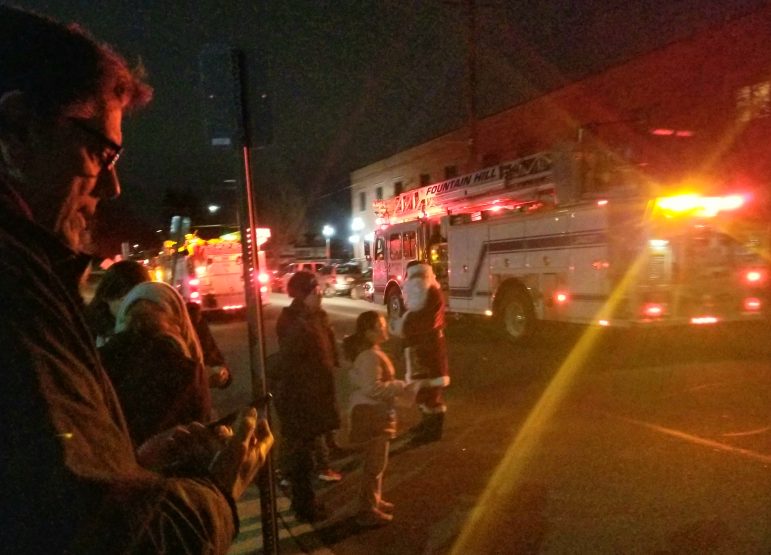 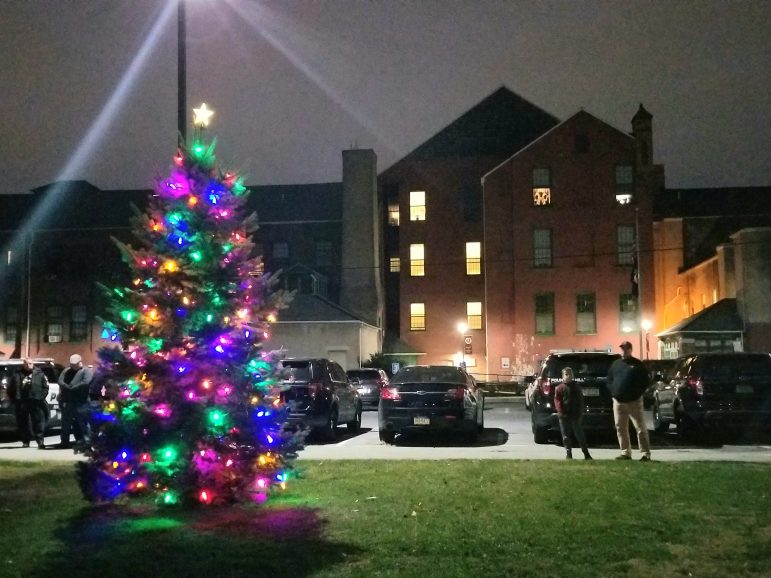