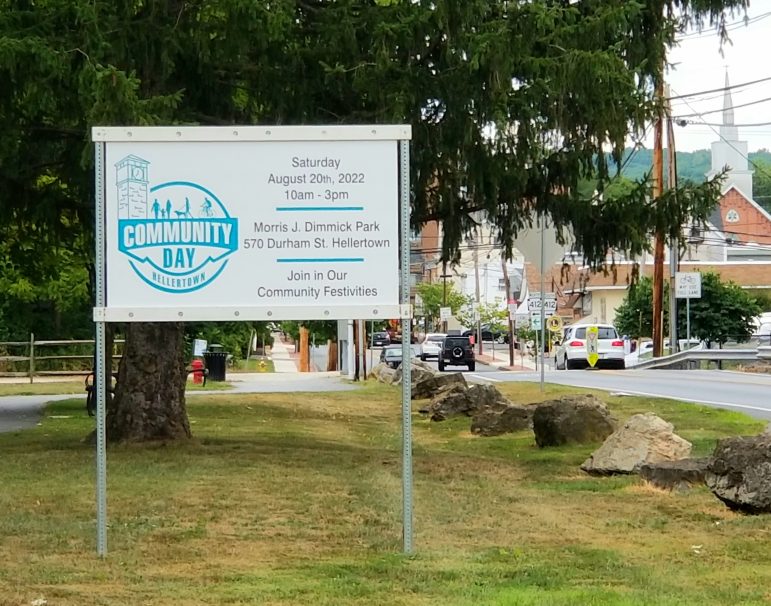 A sign in Water Street Park advertises Hellertown Community Day to passing vehicles and pedestrians. The event will feature around 60 vendors and will be held this Saturday from 10 to 3 in the borough’s Dimmick Park. (FILE PHOTO)

It’s been several years since a Community Day event was held in Hellertown, and while some things may have changed, the sense of community for which the borough is known hasn’t. Organizers of the upcoming celebration, which will be held this Saturday, Aug. 20 from 10 a.m. to 3 p.m. in Dimmick Park, aim to have that pride of place on full display.

The event will begin with an introduction and music by the Hellertown-Lower Saucon Community Chorus, which will be followed by a presentation honoring a local business, Hellertown Mayor David Heintzelman said during a borough council meeting Monday.

Heintzelman said limited edition Hellertown Community Day t-shirts and mugs will be on sale for $15 each, and noted that the band Flirtin’ with the Mob will be performing.

“Please come out and support all the hard work that our committee has done,” he said.

The main attraction at Community Day will be approximately 60 local businesses and organizations that will have booths set up in the park. The full list of vendors (shared below) includes churches and various other nonprofits, as well as local elected officials. 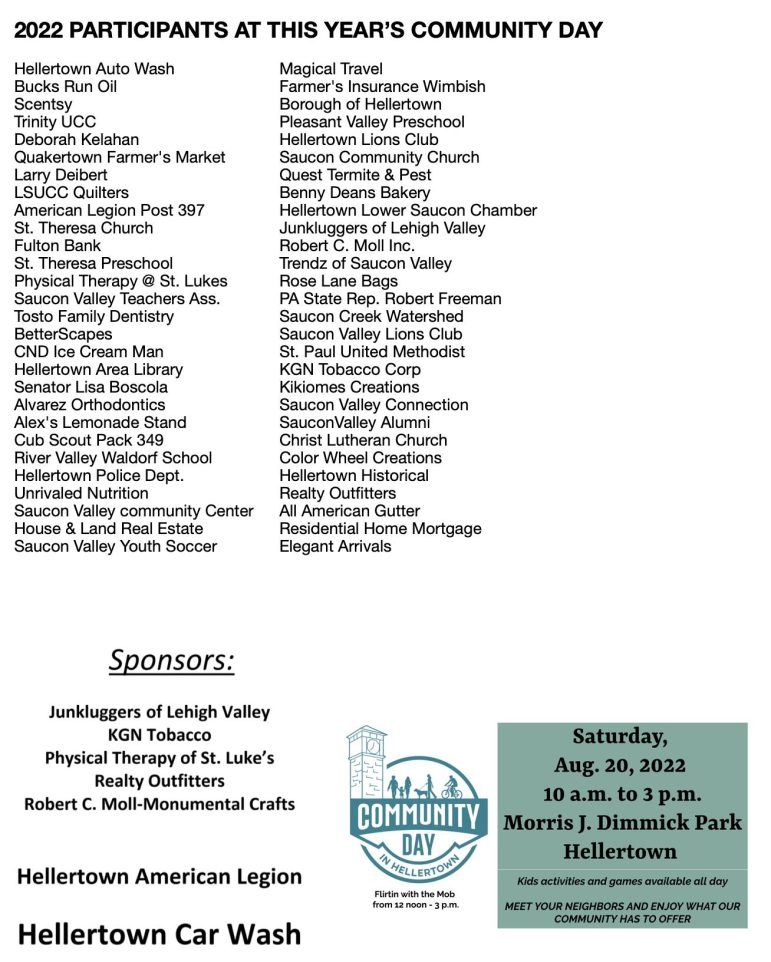 “We ask that you come out and support all our vendors this year,” Heintzelman said. “Without them we wouldn’t have a community day.”

He thanked borough manager Cathy Hartranft and public works director Barry Yonney for their hard work on the preparations for Community Day, which have been extensive. 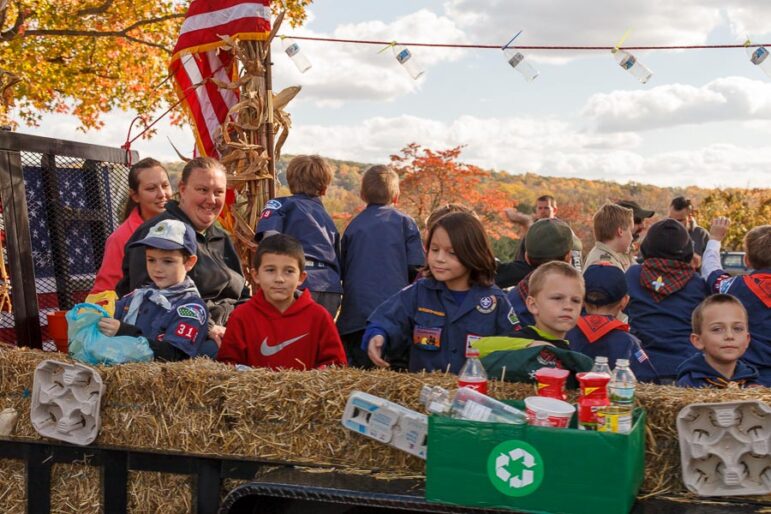 The Saucon Valley Spirit Parade has been rebranded as the Hellertown Halloween Parade, but the parade route and other aspects of the beloved annual event are expected to remain the same in 2022. (FILE PHOTO)

At Monday’s council meeting Heintzelman also encouraged residents to support the 2022 Hellertown Halloween Parade, which will be held Sunday, Oct. 23 at 2 p.m.

“There is no rain date (for the parade),” said Heintzelman, who chairs the parade committee.

Formerly known (in recent years) as the Saucon Valley Spirit Parade, the parade will feature six divisions led by marching bands, all of which will be sponsored by local businesses. The parade also awards prizes in a number of categories, including best float, best individual, best group and a Judges’ Choice category based on the parade’s theme.

A new band performing this year will be the Moravian University Greyhound Marching Band, and additional sponsors are still being sought.

The parade route will be the same as it has been for years, beginning and ending at the Saucon Valley School District campus and extending along parts of Walnut Street, Main Street, Water Street, Rentzheimer Drive, Durham Street and Constitution Avenue.

Heintzelman reminded residents that the parade is supported by donations, which will be collected along this year’s parade route by two volunteers from the parade committee.

For more information about making a donation or becoming a parade sponsor, email david@hfh4u.com.

While thoughts are now frequently turning to fall, there is still plenty of time to enjoy summer, and Saucon Valley residents will be able to do that at the final free concert in Dimmick Park this Sunday, Aug. 21 at 6 p.m. The concert will feature the Little Red Rooster Band performing blues on the bandshell stage, with wine and beer for sale along with food. Vendors will include Lost Tavern Brewing, Black River Farms, La Frikitona LLC, Mon & Mel’s Sweet Scoop Ice Cream, Nick’s BBQ and Hellertown Borough Council, who will be selling hot dogs at the pavilion.

The free concerts are presented by the borough and the Hellertown-Lower Saucon Chamber of Commerce with support from local business sponsors. Seating is available on the grass, and attendees are encouraged to bring blankets and folding chairs if they wish.