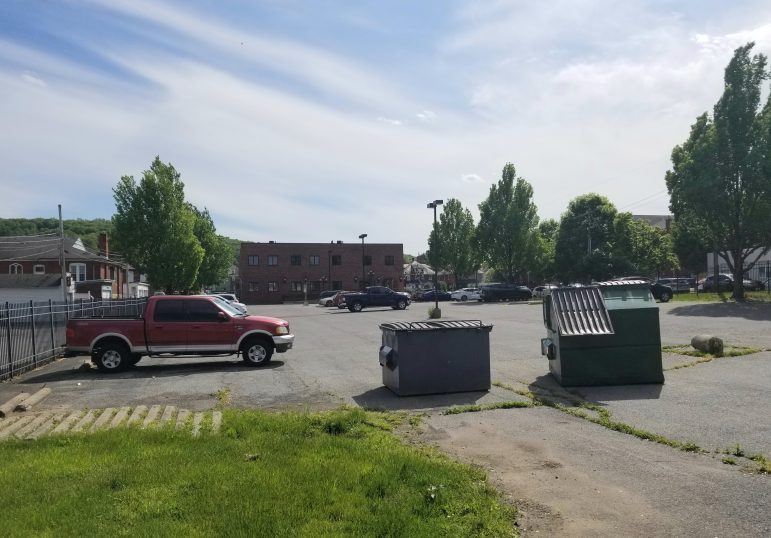 Above, a view of the 940 Cherokee Street property in Fountain Hill that is the subject of a residential development proposal. The borough’s zoning hearing board denied the developers a variance needed for an additional 22 apartment units to be constructed on the site in May, however their representatives recently indicated that they may seek a zoning ordinance amendment in order to advance the project. The above view is looking west from N. Bishopthorpe Street. (FILE PHOTO)

A development proposal that was previously denied a variance by the Fountain Hill zoning hearing board was brought before borough council Oct. 3 by the developers, who are now seeking to amend the borough’s zoning ordinance and advance the project.

Attorney Joe Piperato appeared with Matt Longenberger of Bohler Engineering on behalf of 940 Cherokee LLC, which is seeking to build another apartment building at that Cherokee Street address. The property–which is owned by Lehigh Valley restaurateur-developer Donnie Petridis and Carlos Travanos of Joao Construction–is currently taken up by a 22-unit apartment building, an attached fire station and an adjacent parking lot.

The parcel on which the new building would be constructed is longer than it is wide, borough officials were told, and by adding another structure the developers hope to double the number of apartment units that are contained within the current building.

The zoning amendment that is being sought would reduce the required lot size square footage from a minimum of 3,000 square feet per dwelling unit to 1,190 square feet per unit in multi-family dwellings such as apartment buildings.

Piperato said there is “more than sufficient parking on the lot.”

“I thought it was interesting when I looked at the ordinance, the (lot size) square footage reqirement for a single family home is 4,000 (square feet), 3,000 for a twin home,” he said, noting that the latter is the same amount as is required for multi-family dwellings.

“Other uses in the TC (Town Center) district would provide much more impact in a negative way,” he added. 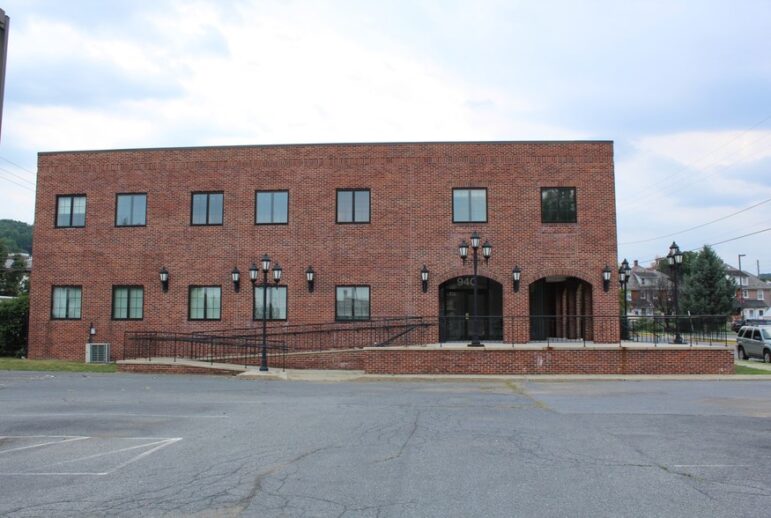 The 22-unit, two-story apartment building that is currently located at 940 Cherokee Street in Fountain Hill is attached to the borough’s fire station and primarily houses medical school students from nearby St. Luke’s Hospital. (Credit: Lani Goins)

Council President Norm Blatt told Piperato and Longenberger that the first step in the amendment process would be for their group to meet with the borough zoning officer.

He also queried council about whether they would be “amenable to amending the ordinance.”

Borough manager Eric Gratz noted that such an amendment “would change the ordinance for everyone.”

Piperato then told council  he would “return with the application.”

In other business, council discussed ongoing, extensive road work that has been taking place in the borough, which prompted Gratz to joke, “I’m not going to have anything to talk about when we finish this roadwork.”

Pedestrian crossings on Broadway are nearing completion, he reported, and curb and sidewalk work on Broadway will continue over the winter months.

PennDOT’s contractor will come in, mill and overlay the pavement in spring, he said.

Delaware Avenue will be microsurfaced next year to increase its lifespan and information about the timeframe for that work will be posted on the borough website, he added.

It was also announced at the meeting that a crossing guard position still needs to be filled and that the pay rate would not automatically be affected by the Bethlehem Area School District’s recent decision to raise crossing guard pay. In order to bring the rate in line with BASD’s rate, the borough’s contribution would need to increase from $3.50/hour to $7.50/hour, council was told. Council then agreed to do this if a crossing guard is hired.

Curbside leaf collection in the borough will begin on Tuesday, Nov. 1, and residents were also reminded to mark their calendars for the annual borough Tree Lighting Ceremony, which will be held on Sunday, Dec. 4.

Lastly, Public Works Committee Chair Annamarie Jordan was congratulated on the one-year anniversary of Books on the Hill, which provides residents with regular access to reading materials via a bookmobile that is parked along Stanley Avenue near the Wawa.