The transition from warmer-than-average fall weather to wintry conditions eastern Pennsylvania has been experiencing could culminate Friday with a chance of snow squalls, according to National Weather Service forecasters. 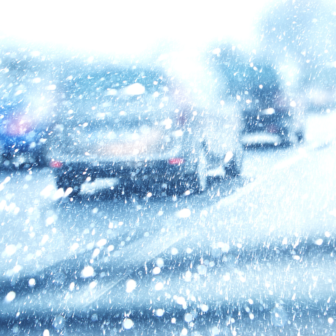 “Snow showers are likely to develop in the area by late this afternoon, with the risk of more localized snow squalls occuring,” the statement said. “These could result in a rapid drop in visibility in addition to slick roadways.”

The snow showers and squalls should diminish by Friday evening, the NWS said in its statement.

Friday’s high temperature of 42 degrees will likely feel mild compared to the highs the area is forecast to see over the next several days, which will be closer to average highs for December and January.

Sunday’s high temperature of 35 will be just a few degrees above freezing and lows will be in the low to mid 20s, according to the latest NWS forecast for the Lehigh Valley.

Due to the frigid forecast, the Saucon Valley Farmers’ Market will open at 10 a.m. Sunday rather than 9 a.m., organizers said Friday.

Sunday is also the final day of the market’s regular season. Several vendors will continue to operate their booths at the location next to the Hellertown Area Library on from 10 a.m. to noon Nov. 27 and Dec. 4 without market offerings such as seating areas and the portable restroom and hand sanitizing station.

The area saw its first flakes of the season earlier in the week, when rain mixed with or briefly changed to snow Tuesday evening, with little or no accumulation in most places.