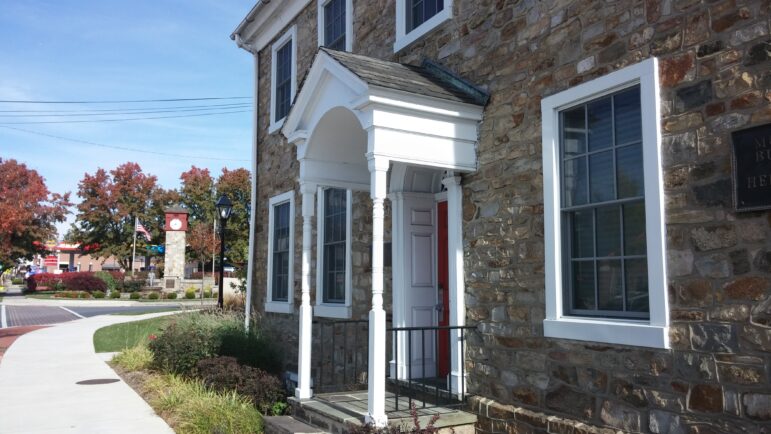 Before reading the resolution aloud, borough council president Tom Rieger called the proposed map “gerrymandered” and “very horrible.” State Sen. Lisa Boscola (D-18), who represents the borough and much of Northampton County in the state Senate, has also blasted the plan and said she will sue to prevent it from taking effect if necessary.

“Surprisingly both parties agree that it’s horrible,” he said, while encouraging residents to contact their state representatives if they are unhappy with the proposed redistricting.

Hellertown is currently located in the southwest corner of the 136th legislative district, which encompasses much of southern and central Northampton County. The district is represented by Rep. Robert “Bob” Freeman (D), who has been its representative in Harrisburg for more than 20 years continuously, and more than 30 years in total.*

In a Borough of Hellertown Facebook post about council’s opposition to the proposed redistricting plan, officials said their opposition is partly geographical in nature, due to the fact that the majority of the 131st legislative district is located to the south and west of Hellertown in Lehigh and Montgomery counties.

> >Do you value our reporting? Help us keep it free for all! Show your support by becoming a Saucon Source member today!

That district is currently represented by Rep. Milou Mackenzie (R), who was elected to fill the seat vacated by former Rep. Justin Simmons (R) in 2020. Hellertown business owner Kevin Branco challenged Mackenzie and recently announced that he again intends to seek election to that seat, which could now be redistricted to include the borough.

Borough officials cited the following points in outlining their opposition to the plan:

The Legislative Reapportionment Commission has scheduled a series of public hearings during which additional feedback from Pennsylvania citizens regarding the preliminary plan for State House legislative redistricting will be evaluated as part of the process.