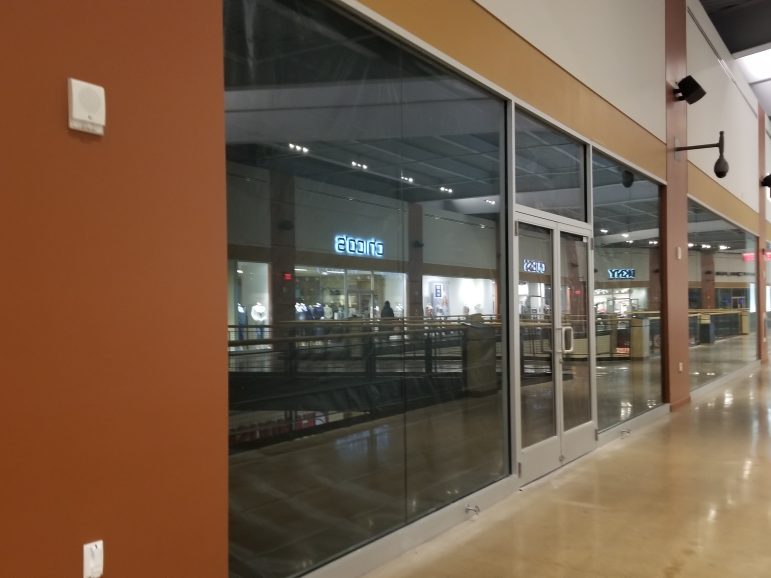 The space that only recently housed an Under Armour Factory House store in the Outlets at Wind Creek Bethlehem was concealed behind black paper covering its windows Friday.

It’s all over for the Under Armour Factory House store in the Outlets at Wind Creek Bethlehem; a store that sold the popular brand of men’s and women’s sports apparel, shoes, hats and accessories.

As of Friday, the store on the mall’s casino level appeared to be permanently closed. Its windows were blacked out and its sign had been removed, although exterior signage for the store remained and it was still listed on the Outlets at Wind Creek’s online directory.

There was no sign on the store’s door to alert customers to what happened and it wasn’t clear how recently the Bethlehem Under Armour store closed, but it was open for business earlier this month, with nothing to indicate that it would soon be shuttered.

It didn’t appear that the store’s closure was part of a larger effort by the company to streamline its operations, although an Under Armour store in downtown Detroit also closed recently, according to a story published by the Detroit News earlier this month.

Foot traffic inside the Outlets at Wind Creek was light Friday night, and at least one other store–Tommy Hilfiger–had closed early, according to a sign that was taped to its door. 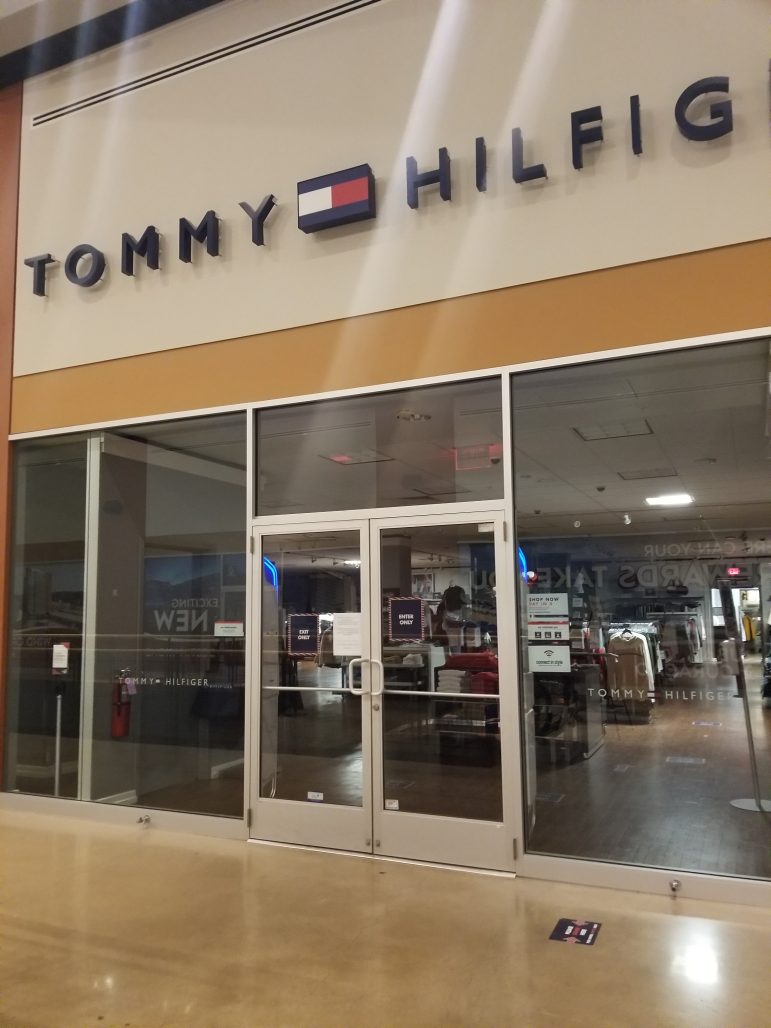 The Tommy Hilfiger store in the Outlets at Wind Creek closed early Friday. A sign taped to the store’s door said it had closed at 5 p.m., and apologized to customers for any inconvenience that may have caused.

Several miles away at the Promenade Shops at Saucon Valley, other national chains have abandoned their local foothold in recent months, with New Balance and Plow & Hearth closing their stores in the Upper Saucon Township lifestyle center at the end of 2021.

However, the Promenade Shops has also welcomed several new tenants, and has plans to welcome several more in the coming months. One of those new businesses, Lashes by Gab, will be hosting a grand opening and ribbon-cutting event Saturday, Feb. 5 at 2 p.m. 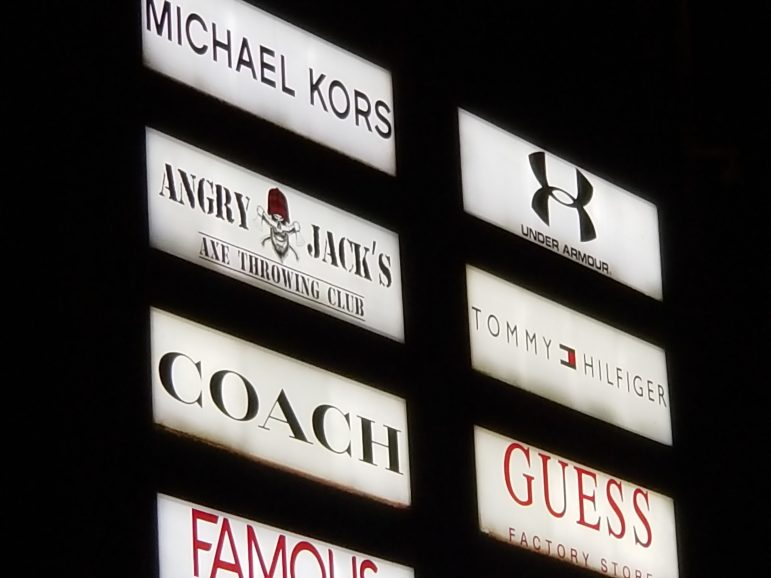 The Under Armour signs on the outside of the Bethlehem outlet mall were still illuminated Friday night. 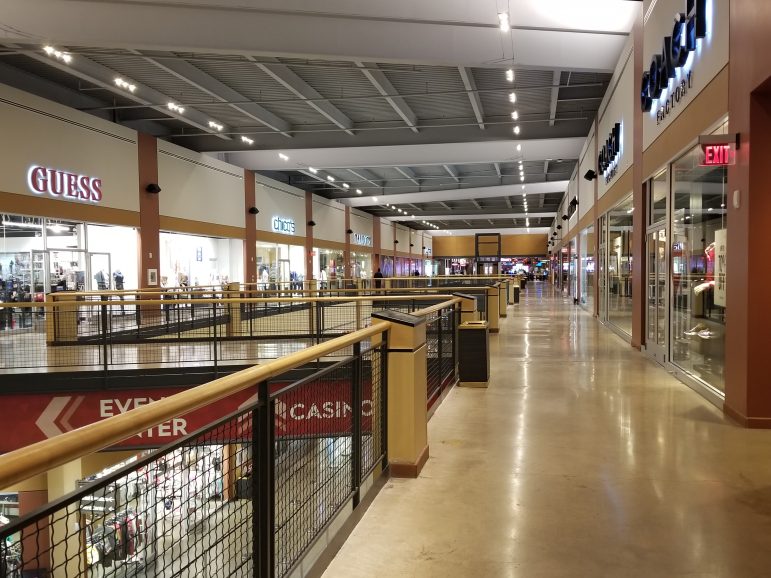 With a bit of light snow falling around the area, shoppers were few and far between in the Outlets at Wind Creek in Bethlehem Friday night. 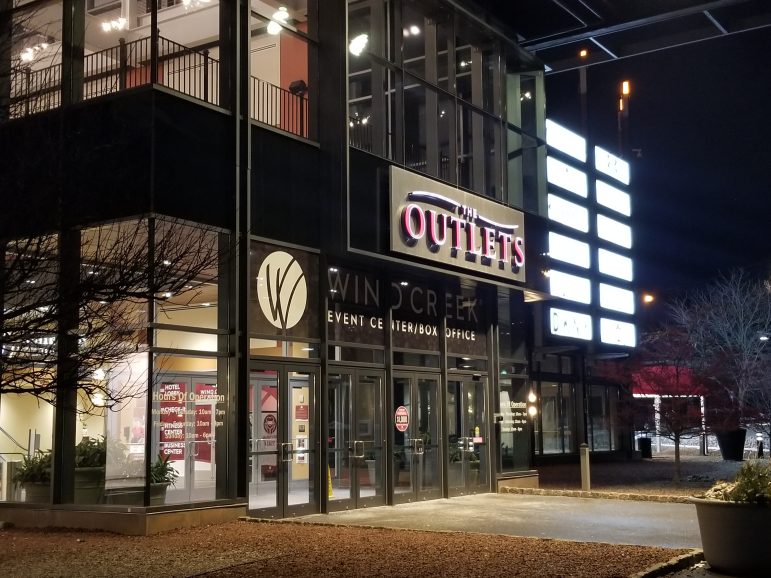 The Outlets at Wind Creek in Bethlehem is home to nearly two dozen retailers and other businesses. It is part of the Wind Creek casino complex, which also includes a large hotel that is currently undergoing a major expansion.