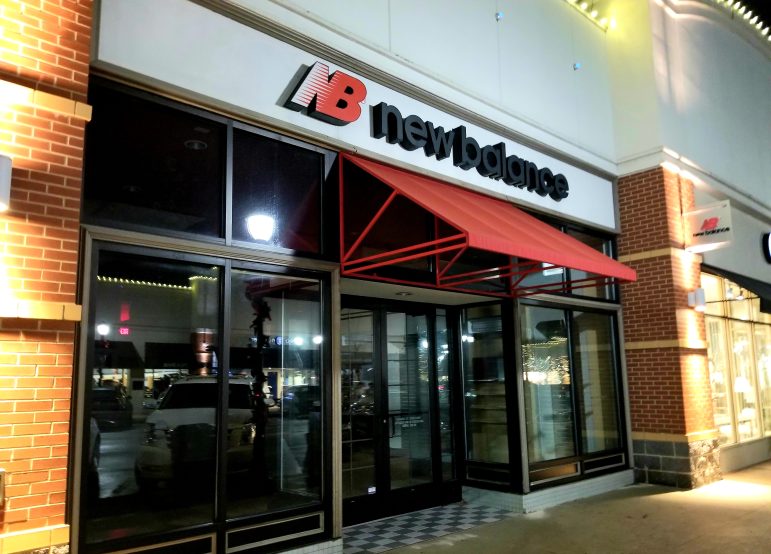 The New Balance store at the Promenade Shops at Saucon Valley has closed. The store sold running and athletic shoes.

Another retailer has decided to call it quits at the Promenade Shops at Saucon Valley in Upper Saucon Township.

The New Balance store, which had been a fixture in the lifestyle center for runners and other fans of athletic footwear for approximately 15 years, was vacant on New Year’s Eve.

The store was located in between Gail Gray Home and Torre, a Mexican restaurant.

It wasn’t immediately clear when the New Balance store closed, but as of Friday evening the Promenade Shops website still listed it as being open on a map of the center.

Inside, the store’s shelves were bare and its sign was unlit, in stark contrast to the holiday lighting displayed by nearby businesses and along the road leading to the Town Square. 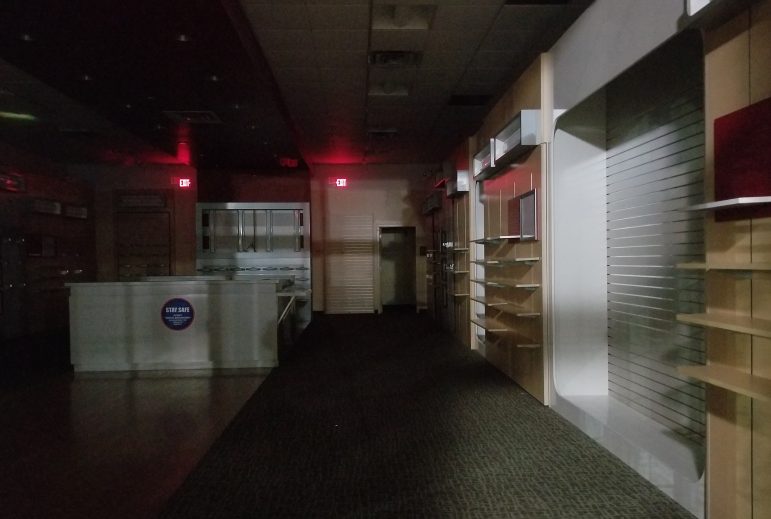 The New Balance store’s shelves were empty as of Friday evening.

Although the Promenade Shops has recently gained a footwear store, a designer denim boutique and a waxing center, its vacancy rate remains relatively high.

It was also announced this fall that the Plow & Hearth store in the center would be closed by early 2022.

Simultaneously, additional store openings are planned in the new year, including one by a “suite” concept-salon and another by a lash bar.

The outdoor shopping center built around a “Town Square” and featuring various amenities such as firepits and an outdoor stage opened in the fall of 2006 as one of the first lifestyle centers in the area.

Along with many other shopping centers, the Promenade Shops has lost a number of retailers due to the economic impact of the ongoing coronavirus pandemic. However, a number of its current vacancies predate the pandemic, which began in March 2020.