A member of Lower Saucon Township Council resigned Wednesday, after less than five months in office. 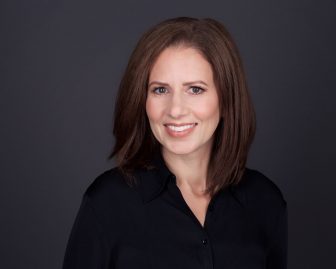 She said in her letter that it was “an honor” to serve her fellow residents and that “recent personal and professional matters…prompted this difficult decision.”

“I am encouraged by the recent meetings and discussions with community stakeholders along with neighboring municipalities, and I am sorry to be leaving before my term is over,” she wrote. “However, because of a new career change in 2022 and required time commitments to balance work, family, health and personal time, I no longer have the ability to perform my duties with the focus and dedication they deserve.”

In a Saucon Source candidate questionnaire she answered last October, Zavacky said she was currently employed full-time as a Senior Alliances Manager and regional team leader for a global business and technology consulting firm.

“If elected to council I will bring my energy and talents as a leader, mentor, parent, coach and natural people-connector to guide our township into the future,” she promised.

Since shortly after taking her seat on council, Zavacky was involved in ongoing discussions about the Hellertown Area Library that began when council decided not to adopt a new library services agreement in January; instead opting to donate $50,000.

Zavacky was appointed council liaison to the HAL board but only served briefly, until shortly after the township’s agreement ended on Jan. 31. The issue of library services for township residents remains unresolved, with Lower Saucon council members recently voicing a preference for a regional solution; something Zavacky had also talked about.

It will now be up to the four remaining members of Lower Saucon Township Council to appoint a resident to replace Zavacky for the first part of her unexpired, four-year term.

A special election for a two-year term that will constitute the remainder of what was to have been Zavacky’s term will be held in November 2023.