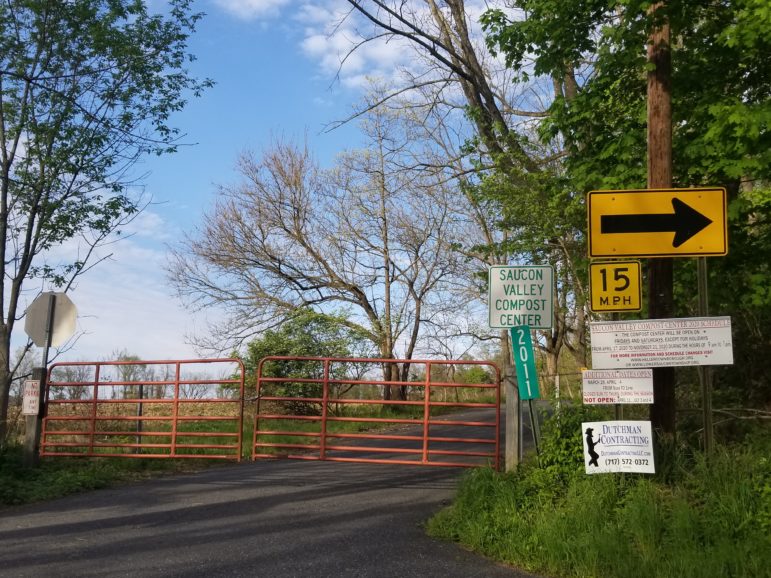 The Saucon Valley Compost Center is located at 2011 Springtown Hill Road in Lower Saucon Township. The facility is owned and operated by the Borough of Hellertown, which previously had a joint agreement to operate it with the township. (FILE PHOTO)

Amid a disruption in operations and a dispute between the borough of Hellertown and Lower Saucon Township that has resulted in a lawsuit, the Saucon Valley Compost Center will open for Christmas tree and yard waste disposal in February.

The announcement indicated that only dropoff of the aforementioned items will be accepted and said there will be no mulch loading on those dates.

From September through November, the compost center will be open the third Saturday of the month from 9 a.m. to 1 p.m., it was announced.

“This operational plan will be monitored and adjusted accordingly,” the statement said.

Due to the fact that the borough severed its joint operating agreement for the compost center with Lower Saucon Township last year, township officials recently announced that they plan to open their own facility in the spring, although its location remains unknown.

However, township residents who want to continue to use the Saucon Valley Compost Center on Springtown Hill Road will have the option to do that beginning in April.

In their announcement Wednesday, borough officials said that beginning Wednesday, March 1, township residents with proof of residency will be able to purchase an annual compost center card at Hellertown Borough Hall for $25.

The new fee-based option for township residents is in some ways comparable to one recently announced by the Hellertown Area Library, which stopped serving Lower Saucon Township as a municipal entity effective Jan. 1, after the Office of Commonwealth Libraries approved HAL’s request to remove the township from its service area.

That request was the result of a funding dispute over library services that grew out of Lower Saucon Township Council’s 4-1 decision a year ago to offer the Hellertown library a one-time $50,000 donation in lieu of entering into a new five-year agreement that would have cost approximately 11 times that amount.

The feud between the borough and the township that has resulted in the severing of the compost center and other agreements grew out of the library dispute, which is ongoing and has resulted in a lawsuit filed earlier this month by Lower Saucon Township against the Pennsylvania Department of Education, the Office of Commonwealth Library (which is part of that department) and the Hellertown Area Library Association, among others.

The borough, for its part, has filed suit against the township alleging that it is owed nearly $30,000 in compost center funds. That suit was filed late last month in the Northampton County Court of Appeals, while the library lawsuit is now pending in Commonwealth Court.

Lower Saucon Township has agreed to reimburse residents up to $40 if they purchase a library card in another jurisdiction and provide proof of purchase, proof of residency and bring the card to the township staff for processing their payment.

Wednesday’s announcement by the borough made no mention of a “possible notice of violation” letter borough officials said they received from the township last month, after township council discussed the zoning and DEP permit that allow the facility to operate.