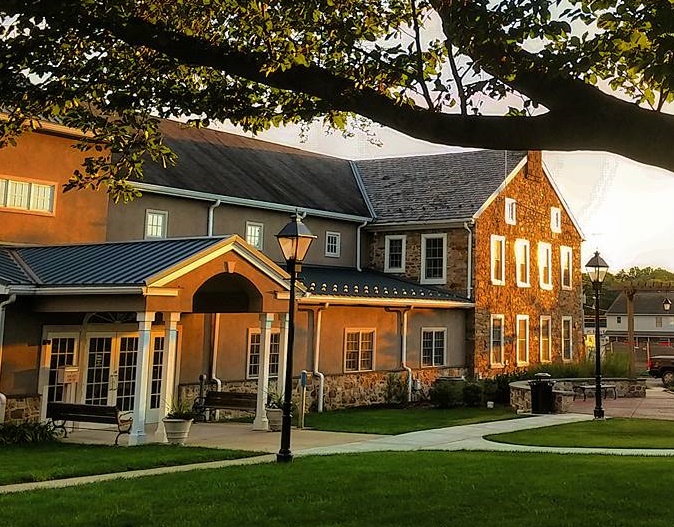 Above, Hellertown Borough Hall (FILE PHOTO). On July 5, Hellertown Borough Council members voted unanimously to sever several longstanding intermunicipal agreements with Lower Saucon Township. The decision resulted from a rift that developed in the wake of the township’s decision to reduce funding for–and end its agreement with–the Hellertown Area Library in January. Lower Saucon Township residents continue to have access to the library’s resources and programs.

A division between the Borough of Hellertown and Lower Saucon Township that began with a disagreement over funding for the Hellertown Area Library seemingly grew deeper–and darker–following a decision by borough council earlier this month to end several intermunicipal agreements with the township at the end of this year.

However, in the case involving the municipality which nearly surrounds the borough, Rieger was not optimistic about benefits for Hellertown. “I believe our relationship with Lower Saucon Township’s council is fractured beyond immediate repair,” he said.

“Obviously the situation with the library is not resolved,” he added, noting that his position “has not changed since the beginning of the year” and that the relationship between the borough and the township “has probably gotten worse over six months.”

Rieger then outlined several options that were before council, including severing its intermunicipal compost center and pool agreements with Lower Saucon Township.

“We’re not reducing any access to the Hellertown Pool” and resident rates won’t change as a result of the termination of that specific agreement, Rieger clarified. Lower Saucon Township residents will be charged the non-resident fees to access the pool, he said later.

Councilman Andrew Hughes said he agreed about the importance of intermunicipal agreements, but drew a distinction between the current situation involving the borough and township, and agreements in general.

“We have to make sure that we stand up for the residents,” he said.

“We don’t have the benefit we once did (from the agreements),” added Rieger.

The vote to sever the agreements was unanimous, with all seven council members voting in favor of cutting ties.

A Hellertown Borough Council meeting will be held Monday, July 18 at 7 p.m., both in person and online via the Zoom platform and the borough’s Facebook page.

“The only two topics for discussion and potential official action are the hiring of a Township Manager and the awarding of the bid for the Saucon Valley Terrace paving project,” an email from the township said.