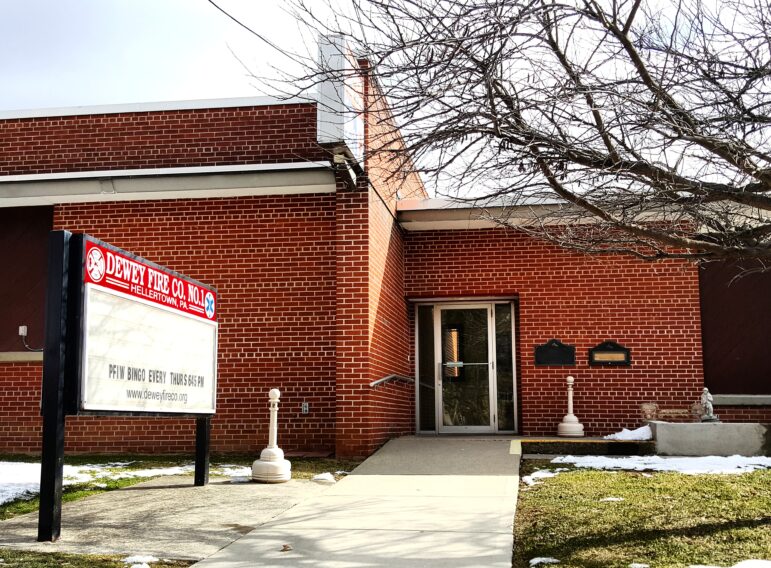 Dewey Fire Company No. 1 is located at 502 Durham Street in Hellertown. The volunteer fire company has been serving Hellertown borough and surrounding areas since 1898. (FILE PHOTO)

Regardless of where they live, most people today take fire protection services for granted, but they haven’t always existed. In Hellertown, for example, there was no one routinely battling the flames until Dewey Fire Company No. 1 was formed in 1898. The editorial below, which was published by The Allentown Leader on Sept. 3, 1897, sheds some light on the unhappy situation that existed in the borough just prior to Dewey’s founding.

According to the Leader, Hellertown officials had “dillydallied too long” when it came to organizing a volunteer fire company, potentially at the expense of public safety. The editorial also points out that “50 active, intelligent young men” were standing by, ready to help protect their community by becoming firefighters. Many of them surely did that.

In Hellertown, the volunteers of Dewey Fire Company continues to serve the borough’s roughly 6,000 residents with fidelity. The fire company is also heavily invested in the civic life of the community it serves, sponsoring an annual carnival (and fireworks) each summer, bringing smiles to the faces of residents with its Santa Run at Christmas and operating a newly-renovated bar and restaurant called Frontline at the Dewey. 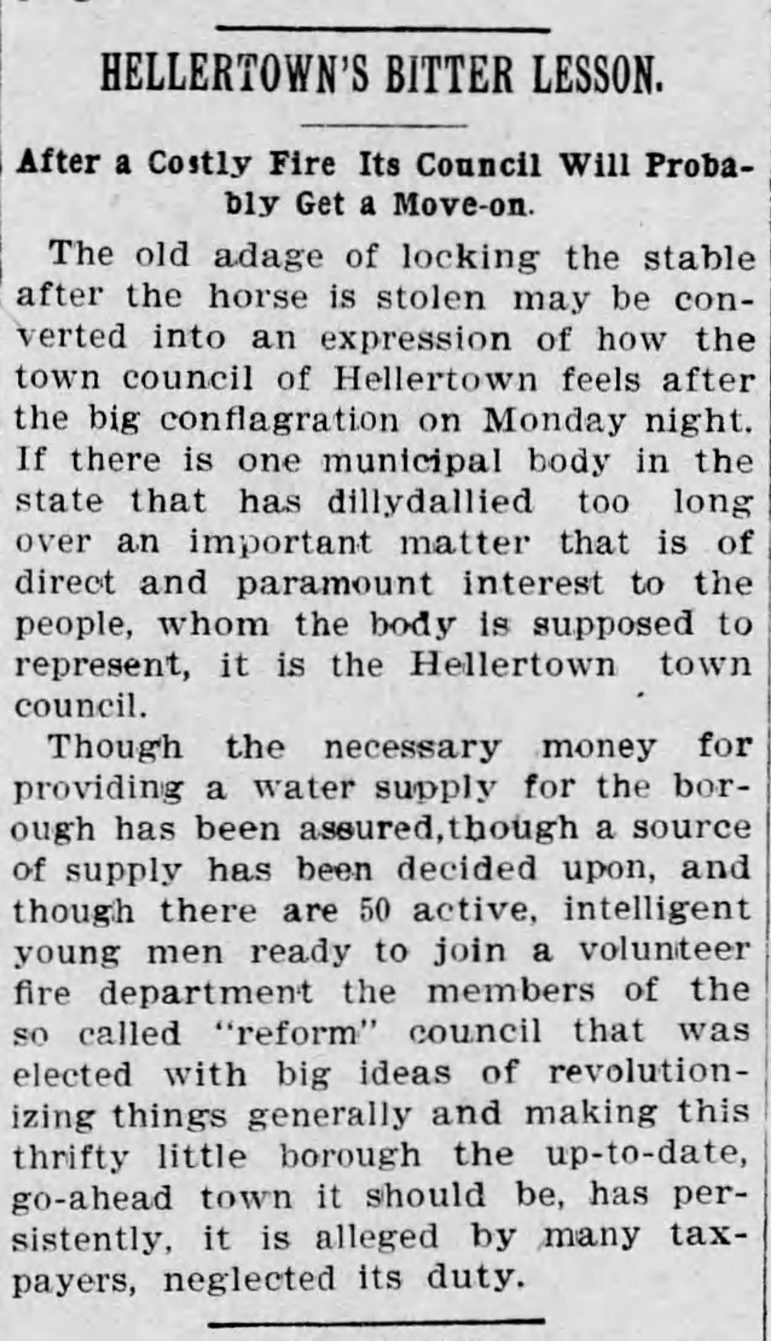 An editorial decrying Hellertown’s failure to form a volunteer fire company appeared in The Allentown Leader on Sept. 3, 1897. The following year, Dewey Fire Company No. 1 was formed. The company still serves the borough today.