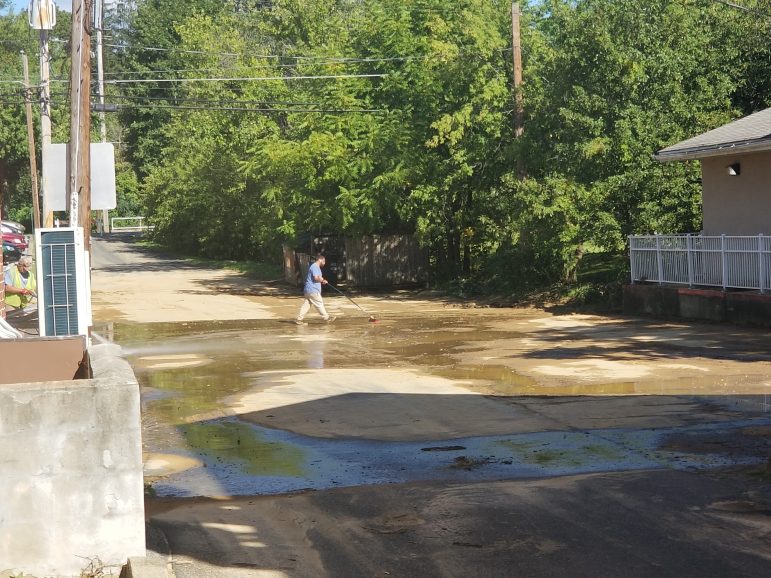 A worker sweeps water from the mud-covered parking lot behind Ella’s Ristorante in Hellertown Thursday. The parking lot and nearby areas were flooded when the Silver Creek overflowed its banks, after the remnants of Hurricane Ida dumped as much as 7 inches of rain on the area.

A historic storm that dumped as much as 7 inches of rain on parts of the area Wednesday left sunny skies, cooler temperatures and plenty of debris to clean up in its wake, but the general consensus among residents seemed to be that it “could have been worse.”

The remnants of Hurricane Ida deluged the Saucon Valley and other parts of southern Lehigh and Northampton counties with approximately 5 to 7 inches of rain, according to National Weather Service precipitation estimates. Further south, parts of Upper Bucks County saw upwards of 7 inches, and parts of Hunterdon County, N.J. received as much as 10 inches of rain, leading to river flooding that was ongoing as of late Thursday.

Flooding in the Saucon area was largely confined to historically flood-prone roads such as the 600 block of Main Street, the intersection of Polk Valley Road and Main Street, and West Walnut Street near the Heller-Wagner Grist Mill in Hellertown borough, and parts of Reading Drive, Applebutter Road and Black River Road in Lower Saucon Township.

On Main Street, the water was deep enough to briefly float a dumpster into the middle of the road, which is normally jammed with traffic on a Wednesday afternoon at rush hour.

At the Heller-Wagner Grist Mill on West Walnut Street, water entered the low-lying Tavern Room, which is used by the Hellertown Historical Society and for event rentals.

HHS president Stacie Torkos said cleanup inside the building began Wednesday evening, with a pump used to drain the water and a shop-vac used to “to suck up anything coming in.”

Some local roads were temporarily closed due to standing water overnight and early Thursday, but by late Thursday afternoon most had reopened to traffic.

In Hellertown, several businesses were temporarily closed as they cleaned up from damage sustained due to the storm.

The Vibe Nutrtition at 650 Main Street posted on their Facebook page that they would be closed Thursday for storm-related cleanup.

“We’re closing until further notice for flood repairs,” the businesss said. “(We love swimming just not in our store.)”

Across the street, the Wells Fargo bank branch at Main and Water streets appeared to be closed as a result of flooding that had occurred, with safety cones placed in its driveway.

Two doors down, work was under way late Thursday to clear the parking lot behind Ella’s Ristorante of mud and debris left behind when the Silver Creek overflowed its banks.

Fortunately the Lehigh Valley was on the northern fringe of the area that received the heaviest amount of precipitation from the storm, which included much of southeastern Pennsylvania, central New Jersey and New York City. Many Lehigh Valley locations–such as the Colonial Industrial Quarter in downtown Bethlehem–were flooded, but there were few reported injuries and little if any loss of life as a result of the storm.

Tragically, in Upper Bucks County, however, a man drowned when his vehicle became trapped in flood waters along the Unami Creek. And in Milford, Hunterdon County, NJ.com reported that a man was found dead in a pickup truck in a creek off Carpenter Street, although authorities said it was unclear where the vehicle had entered the water.

Further south tornadoes caused destruction in New Jersey and Pennsylvania, with a twister crossing the Delaware River–and the state line–near the Burlington-Bristol Bridge.

A flood warning remains in effect for the Delaware River at Riegelsville and points south.

The National Weather Service reported that at 3:30 p.m. Thursday, the Delaware at Riegelsville was at 24.9 feet, or approximately three feet above flood stage.

The NWS reported that the river is expected to crest at 25.5 feet Thursday evening. 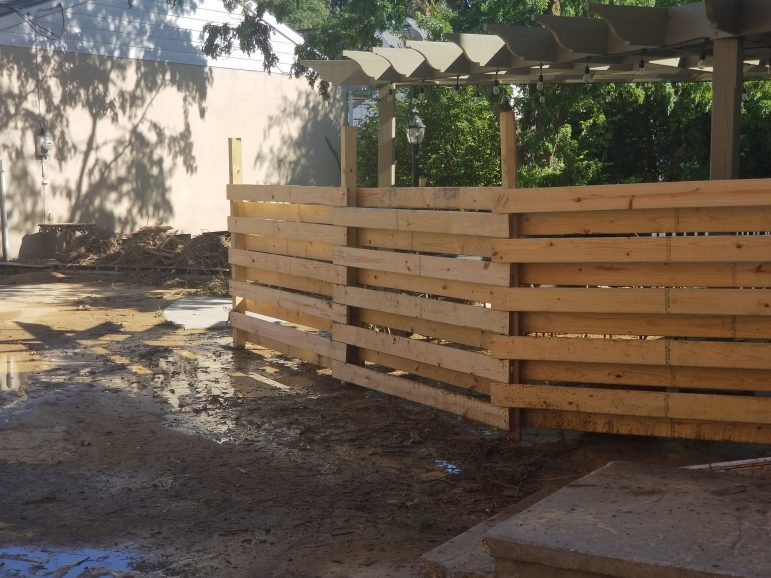 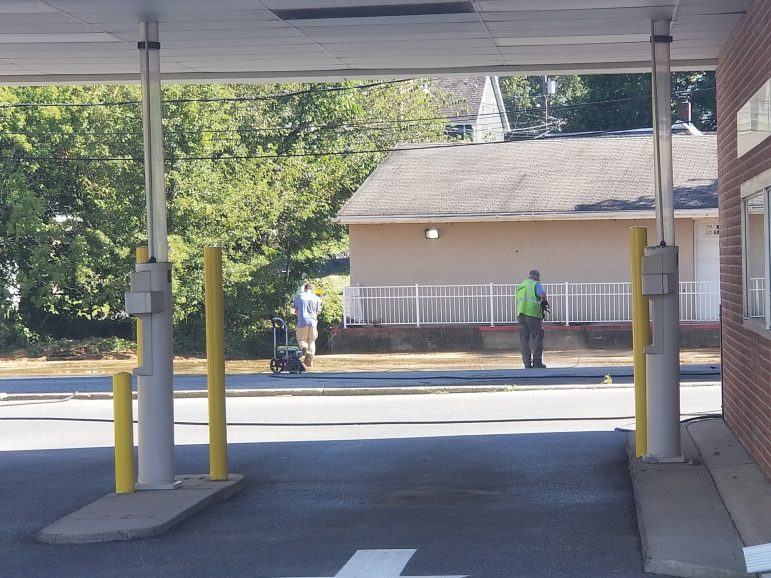 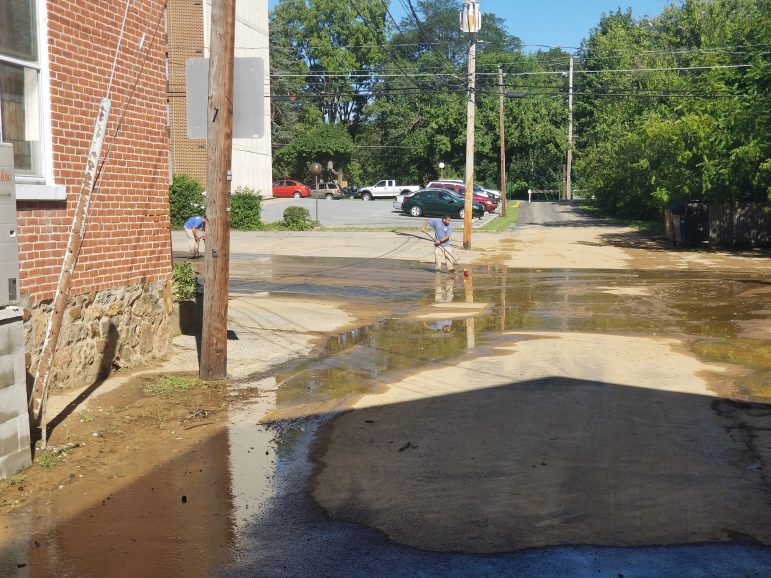 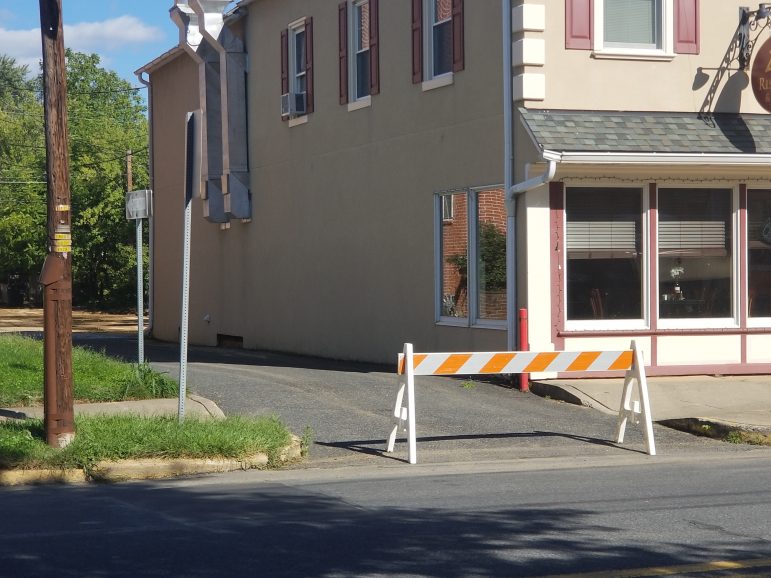 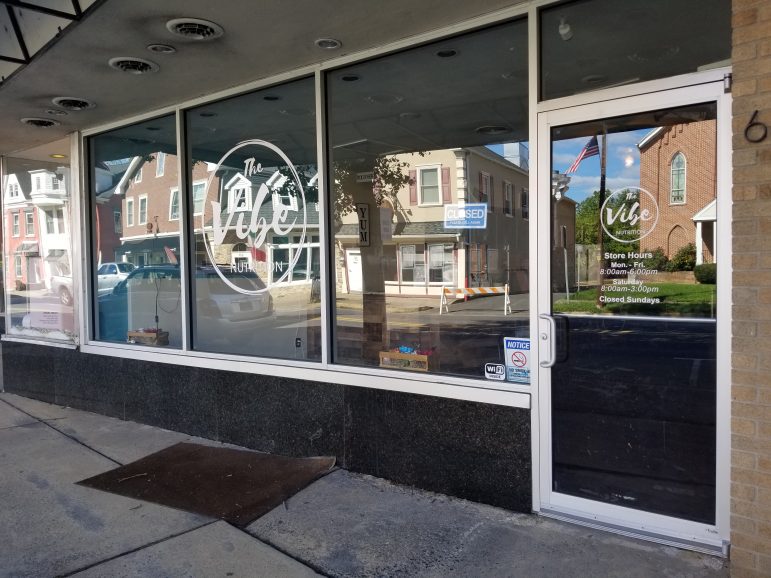 The Vibe Nutrition at 650 Main Street in Hellertown was temporarily closed Thursday due to the flooding that occurred Wednesday.