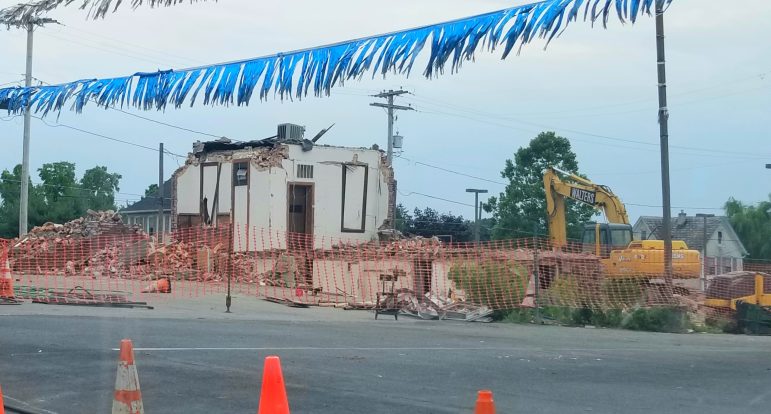 A former school building dating from the late 19th or early 20th century was demolished in Hellertown borough this week. The building formerly housed a manufacturing outfit and was located at Main Street and Kichline Avenue, across from the I-78 east on and off-ramps. The property on which the building sat was sold for $825,000 about a year ago.

A former school building and manufacturing facility located at the corner of Main Street and Kichline Avenue in Hellertown borough was demolished in recent days.

Located opposite the on and off-ramps to I-78 east, the two-story brick building at 1706 Main Street was originally the Franklin School and later became the home of Zawick Manufacturing, which produced textiles there in the mid- to late 20th century.

According to Northampton County property records, the .34 acre property was sold by JH Holdings LLC to Vera Cruz Holdings LLC for $825,000 in August 2021.

Borough zoning and code enforcement officer Kris Russo said Monday that he was unaware of any plans for the property, for which a demolition permit was issued in April.

“Nothing has been discussed or submitted, as far as future plans for the site,” Russo said. “So at this point, it’s just demolition and removal of the structure.” 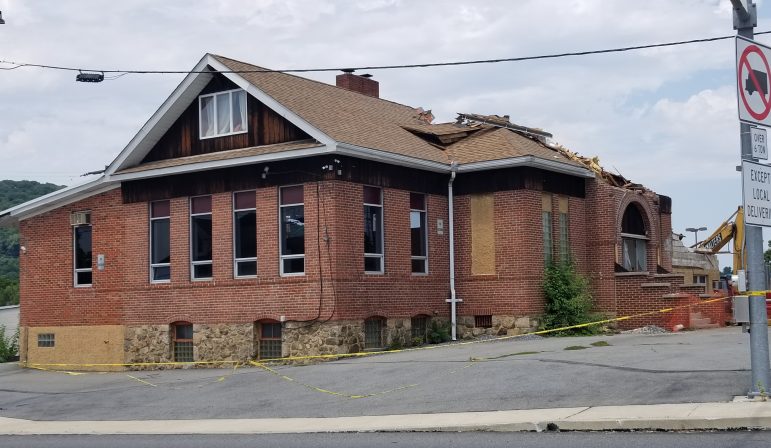 The building had been extensively remodeled over the years, and according to a 2021 real estate listing for it included “first-floor business space, a second-floor apartment and a “massive” basement.

The parcel sits just south of a used car and truck center, Star Pre-owned of Hellertown, and is bordered on the other side of Kichline Avenue by Vassi’s Drive-in.

A July 21 post about the demolition in the Hellertown, Pennsylvania public Facebook group generated comments by residents who remember the building from the era when the borough was home to a number of manufacturing businesses, including a Champion Spark Plug factory in the 1700 block of Main Street that later became a Superfund site.

The Franklin School was located in Lower Saucon Township when it was built, and along with two other buildings was acquired by the borough of Hellertown when it annexed the area then known as “Cross Roads” in 1919.

According to a history of local schools included in a commemorative booklet produced for the borough’s centennial, in 1972 the former Franklin School housed a museum:

Mr. Robert R. Hoppes…served the schools 43 years as principal and teacher, and is still serving in many ways even though retired. His latest venture has been as prime mover in the establishment of the Lower Saucon Historical Society Inc. and its museum at the Franklin School.

As of Wednesday the majority of the building had been removed from the site, which is also home to an electronic billboard that faces Main Street (Rt. 412) in both directions.

Hellertown’s north end has seen increasing development in recent years, with one mixed use residential-commercial project completed on Kichline Avenue and others planned. 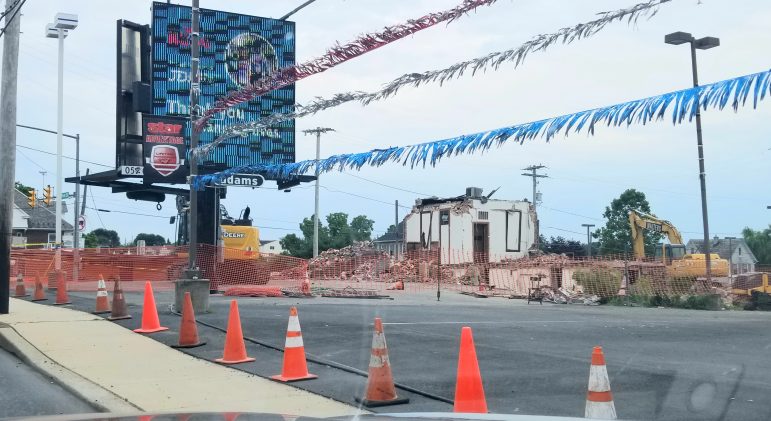 An electronic billboard is located on the property at 1706 Main Street in Hellertown, which is adjacent to Star Pre-owned’s used car and truck center. By Wednesday, most of the brick structure there that once housed a school had been demolished.