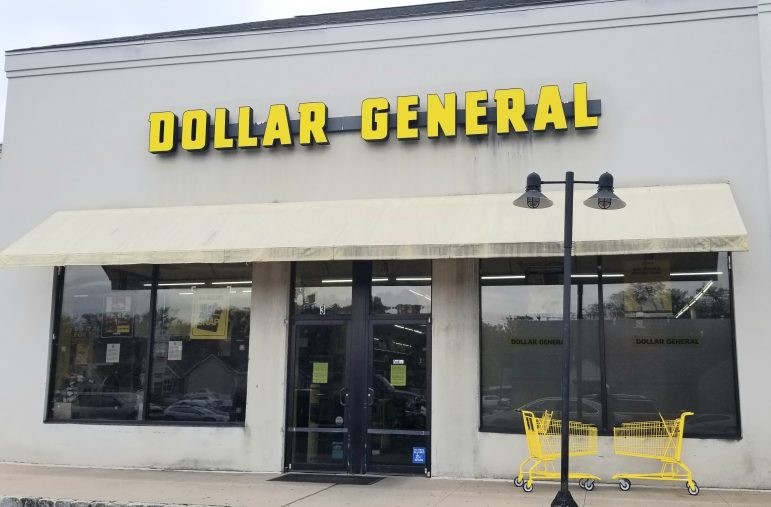 The Hellertown Dollar General store will have reduced hours through Friday, Nov. 4, according to signs posted at the store over the weekend. The signs said the store will be closing at 6 p.m. instead of its regular closing time of 8 p.m. due to the fact that staffing would be reduced to a level that is “unsafe and unacceptable” if they were to remain open until 8 p.m.

If you’re accustomed to shopping at the Hellertown Dollar General store between the hours of 6 and 8 p.m., you’re going to have to change your routine for the time being.

Signs posted on the front doors this weekend alerted customers to a temporary reduction in the store’s hours of operation–and appeared to place the blame for the reduced hours on the Dollar General corporation.

“For the next two weeks, Dollar General has SEVERELY cut our hours by almost 30 (hours) each week,” the signs said. “They are so low someone would need to work alone for a significant amount of time every day.”

The signs called the reduced staffing level that would result “unsafe and unacceptable.”

Through Friday, Nov. 4, the Hellertown Dollar General will be open daily from 8 a.m. to 6 p.m., customers are being told.

“We’re sorry for the inconvenience and appreciate your support,” the signs said. 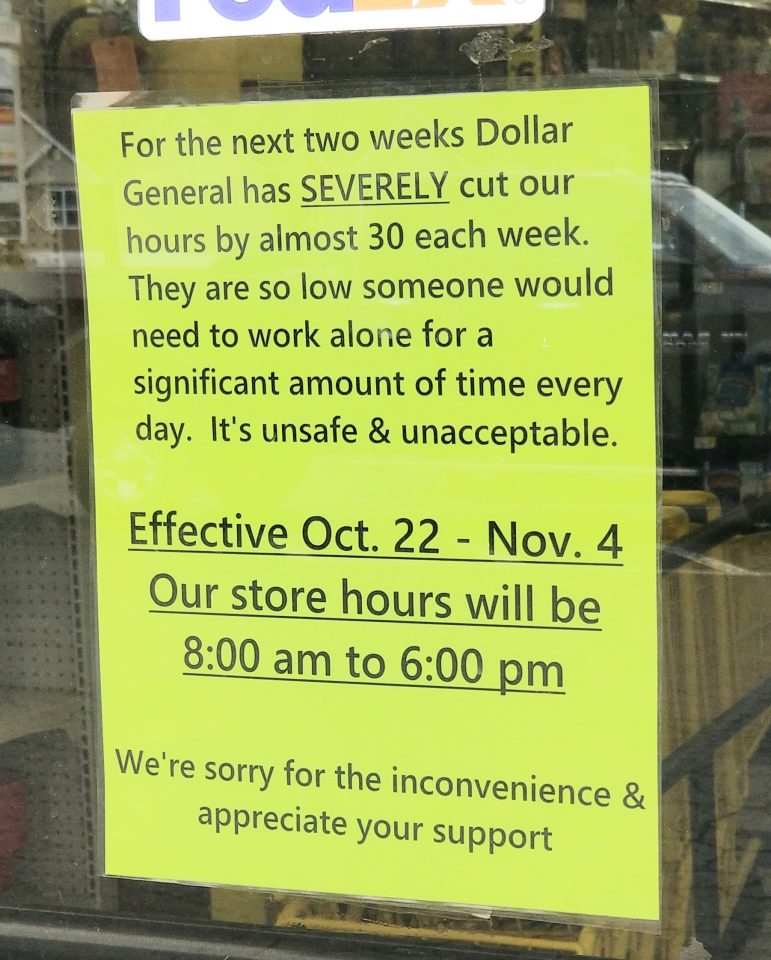 Above, a sign alerting customers to the store’s temporarily reduced hours is taped to the front door of the Hellertown Dollar General. The store is located in the Shoppes at Hellertown, a small shopping center on Main Street at Polk Valley Road. Other businesses in the shopping center include Advance Auto Parts, Saucon True Value, Good Guy Vapes, H&R Block, Starbucks and DiMaio’s Family Ristorante & Pizzeria. The Dollar General is one of about 15 located in the Lehigh Valley.

On Friday–the day before the signs were posted–the Hellertown store closed at 5 p.m. due to what an employee said was a call-out by another staff member.

The store was also temporarily closed following a fire that occurred near the rear of the building in June.

Headquarted in Tennessee, Dollar General is one of the largest U.S. retailers, with more than 18,000 stores nationwide as of 2022.

Many of the company’s stores are located in small towns and rural areas where residents have few other shopping options when it comes to brick-and-mortar retail.

There are roughly 15 Dollar General locations in the Lehigh Valley–including one in nearby Fountain Hill that opened in 2018–and nearly 900 throughout Pennsylvania.

According to an Oct. 18 article published by the website Bloomberg Law, the Dollar General Corporation was recently designated a “severe violator” of workplace safety conditions by the Occupational Safety & Health Administration (OSHA) after four of its stores in the southeastern U.S. were cited for more than a dozen alleged violations.

The “severe violator” designation means OSHA officials can inspect any Dollar General store in an area in which the agency has jurisdiction, the report stated.