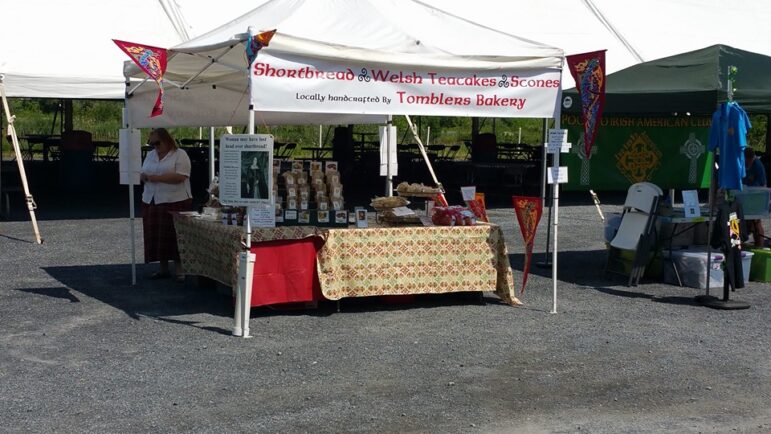 Tomblers Bakery has been producing pies, pasties and other delectable baked goods since the 1980s.

Tomblers Bakery, located near Easton, is once again selling its sweet and savory baked goods throughout the summer and fall at the Saucon Valley Farmers’ Market.

The bakery’s owner, Karen Drake, explained that the family business has origins dating back to the early 1980s.

“About 38 years ago my mother started the bakery in her kitchen,” Drake said.

Drake’s mother originally began baking to raise money for a fundraiser by a local group called “Save Our Lehigh Valley Environment.” The group, Drake said, was one of the first in the area to start a recycling program.

Drake’s mother’s baked offerings were becoming so popular that people were asking to pick them up on days other than when the fundraiser was going on.

“So she decided to start a little bakery,” Drake said.

The bakery initially sold turnovers and molasses crumb pies, which are also commonly referred to as shoofly pie.

Drake’s parents are of Croatian and German descent, but it was her mother’s English and Welsh friends who introduced the Drake family to what would become one of their most popular products–pasties.

Pasties are a traditional baked pastry, which often feature meat and vegetables baked in a shortcrust.

“We would have them as our family meals,” Drake said. “My mother decided that they might be a neat thing to make for the bakery, so we incorporated them into the menu.”

The pasties were a popular addition to the menu, because they provided an alternative to the usual sweet offerings that bakeries sell. Offering savory products would become an important staple of Tomblers Bakery. 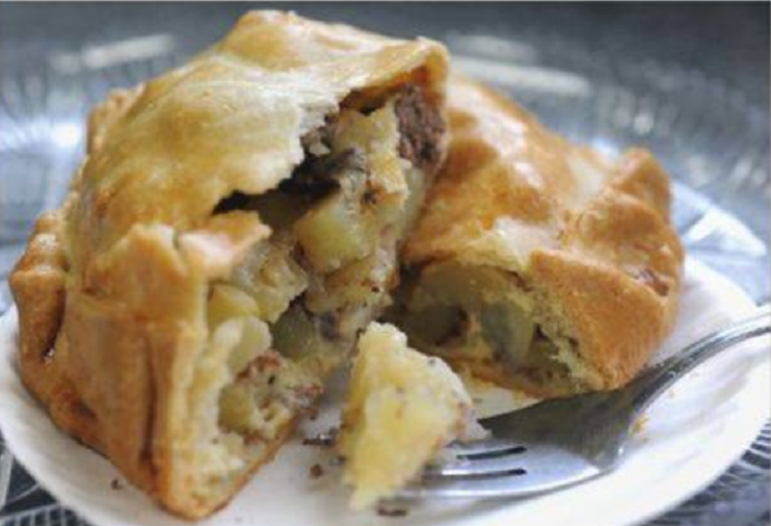 According to Karen Drake, owner of Tomblers Bakery, their traditional pasties are some of their most popular items at the Saucon Valley Farmers’ Market. Her mother was taught how to make traditional pasties over three decades ago, and Tomblers has been selling them ever since.

Tomblers Bakery has been vending at the Saucon Valley Farmers’ Market for over a decade. Around this time of year their most popular products at the market are pasties, pierogies and pizza crusts.

Tomblers sells a popular pizza crust made from spent grain, which they acquire from Weyerbacher Brewing Company, also in Easton. The pizza crust collaboration is a tradition that Tomblers and Weyerbacher have kept going for 25 years.

“We originally made them for the Weyerbacher Brewery when they had a little bar on 6th Street,” Drake said. When Weyerbacher closed their 6th Street location they continued to supply Tomblers with spent grain so they could make the pizza crust.

Seasonal fruit pies are also popular this time of year. Right now, peach and blueberry pies are in season and are being sold at the market. Apple pies will become popular towards September, when apples are in season.

Drake said using locally sourced ingredients is an important mission of the bakery.

“We try to stick with local farmers, so that’s why we stick with what’s in season,” she said.

They will even source ingredients from fellow vendors at the farmers’ market. They get some of their produce from Bechdolt’s Orchard in Lower Saucon Township. For certain special pasties, Drake uses mushrooms supplied by Mainly Mushrooms.

Tomblers will often use corn from Bechdolt’s when they make their specialty chicken corn chowder pasty in August.

“It’s like corn chowder, only wrapped up in a crust,” Drake said. “A lot of people love that.”

The bakery also sells their products at the Easton Farmers’ Market and the Bethlehem Rose Garden Farmers’ Market. You may also browse some of their offerings and place orders on their website.

The Saucon Valley Farmers’ Market is open every Sunday from 9 a.m. to 1 p.m., from early May through late November.

The market is held next to the Hellertown Area Library at 409 Constitution Avenue, Hellertown. For regular updates, visit and follow the market on Facebook and Instagram.